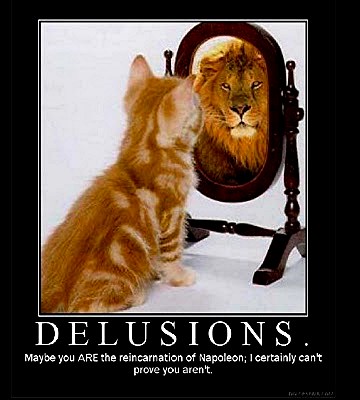 In order to have mental capacity to sign a will or transfer your property while alive for no consideration, a person must be free of delusions in accordance with the leading case of Banks v Goodfellow.

To paraphrase the test from Banks v. Goodfellow, the issues in this case require the defendants to prove that no disorder of the mind poisoned Stella’s affections, perverted her sense of right or prevented the exercise of her natural faculties; and that no insane delusion influenced her free will in disposing of her property and brought about a disposal of it which, if her mind had been sound, she would not have made.

Brydon v Malamas 2008 BCSC 749 contains a good review of the law relating to insane delusions, and the Court finds that the deceased lacked capacity due to insane delusions that the deceased Stella’s false belief as to the plaintiff breaking a promise not to sell the Vine Street house, meets the definition of “a delusion which is calculated to influence” her dispositions of money and property.

THE LAW ON DELUSIONS

[202]        In Royal Trust Co. v. Ford [1971] S.C.R. 831; 20 D.L.R. (3d) 348, the Supreme Court of Canada allowed an appeal from the British Columbia Court of Appeal.  A testator had made a will in 1933 in which he left most of his estate to his son.  He made a new will in 1958, which left only a small part of his estate to his son.  The son challenged the 1958 will, on the ground that his father had an insane or psychotic delusion that he was not the natural father of his son.  The trial judge found that no psychotic delusion had been proved, and that the testator had knowledge of the actual truth, namely, that his son was legitimate.  The Court of Appeal held that the trial judge had erred in failing to find that a psychotic delusion existed, and set aside the 1958 will as being invalid.

[203]        On appeal, the Supreme Court of Canada restored the trial judgment, and agreed with the trial judge that no insane delusion was shown to exist.  At page 359 the court said this:

The propounder of a will must prove by a preponderance of evidence that the testator was competent in every respect, and this includes negativing the existence of any insane delusions.  On a consideration of all the evidence and in the light of dealing with an otherwise thoroughly competent testator, the trial judge rejected the contention that a delusion existed.  He found that the testator really believed the son to be legitimate even though he expressed doubt.  Although the 1933 will was largely in the son’s favour, a separation for 31 years prior to the 1958 will and the reception of bad reports about his son were sufficient reason for a sane testator to change his will.  Furthermore, a legacy of $50,000 was inconsistent with a testator having a poisoned mind resulting in the complete rejection of his son, and consistent only with belief in his legitimacy or, at most, doubt.  Whether the testator’s suspicions were reasonable or not, they were such as a sane man could hold.

[204]        The essential finding of fact in Royal Trust Co. v. Ford was that the testator did not believe that he was not the natural father of his son (and therefore did not believe in the truth of a fact that was proved to be false).  The mere expression of doubt as to the truth of a fact (even a fact which is obviously true) could not qualify as a psychotic delusion.

[207]        Mr. Justice Taschereau was unsure whether the testator’s unfounded belief was an insane delusion.  But he assumed that it was, and found that the proponent of the will had proved that the delusion did not influence the testator’s disposition of his property.  In the challenged will, the testator had bequeathed to his wife and son a substantial (although reduced) amount of his property, and had made his wife a co-executor and guardian of his children.  Taschereau J. was of the opinion that if the delusion was influencing his decision, the testator “would not have given a cent to his wife and to his son.”

[208]        Davies J. applied the same reasoning in deciding that the proponents of the later will had proved that the delusion had no influence on the testator’s disposition of his property.  Davies J. was prepared to assume that the suspicions of the testator “developed into an unfounded belief which amounted to an insane delusion.”

[209]        Sedgewick J. dissented, holding that the testator’s unfounded belief was an insane delusion, and the proponents of the will had failed to prove that the delusion had no effect on the testator’s disposition of his property.  Both Sedgewick J. and Davies J. reviewed the leading authorities, including Banks v. Goodfellow.  All of the judges agreed that the mere existence of a delusion in the mind of a person making a disposition or contract would not be enough to invalidate a transaction; there would have to be some connection between the delusion and the transaction.  It was common ground that the proponents of a will must prove that there is no reasonable connection between the delusion and the bequest in the will, in order to discharge their burden of proof.

[210]        Sedgewick J. discussed the definition of an insane delusion, and in doing so made the following statements:

Delusion is insanity where one persistently believes supposed facts (which have no real existence except in his perverted imagination) against all evidence in probability and conducts himself however logically upon the assumption of their existence.

[211]        Sedgewick J. went on to hold that the testator’s belief that his wife and son had been guilty of incest:

…had no foundation whatever in fact, but that the unfortunate man’s belief in the existence of the offence as charged by him existed only in his own morbid imagination….

[212]        Sedgewick J. rejected the contention of the proponents of the will, that the testator executed his will in a lucid interval.  He described a lucid interval in the following way:

[213]        The case of Banton v. Banton et al. (1998) 164 D.L.R. (4th) 176 was a decision of Mr. Justice Cullity of the Ontario Court (General Division).  One of the issues in that case was whether an elderly testator was influenced by an insane delusion when he excluded his children from his will.  The reasons given by the testator for not leaving anything to his children were that he had been abused by his sons and that his sons and family were only interested in his money and were not interested in him and had neglected him.

[214]        Cullity J. had found that all of these allegations made by the testator about his children’s motives and behaviour were unfounded.  He reviewed the authorities (at pages 198-199) including the definition of delusion given by Sedgewick J. in Skinner v. Farquharson.  He also cited this definition from an earlier authority (at page 198):

…insane delusions are of two kinds:  the belief in things impossible; the belief in things possible, but so improbable, under the surrounding circumstances, that no man of sound mind would give them credit; to which we may add, the carrying to an insane extent impressions not in their nature irrational.

As the second of these passages indicates, “insane” delusions are not limited to beliefs that are so bizarre, that their content, by itself, evidences mental disorder.  …such delusions include beliefs whose extreme improbability is apparent only when the surrounding facts are known.  These are obviously the more difficult cases.  Delusions with respect to the behaviour and attitudes of the deceased’s relatives are relatively common in the reported cases and they often fall into this category.  …in all cases where delusions of this kind are alleged to exist there will be a question whether the belief should be characterized merely as quite unreasonable, on the one hand, or as something that, in the particular circumstances, no one “in their senses” could believe….

[216]        Cullity J. went on to find that the testator believed his unfounded allegation that his children were not interested in him and were only interested in his money.  He then stated:

These beliefs were not only contrary to all the evidence and probabilities:  they were in direct conflict with what he must have known if he had not been cognitively impaired.  (page 200)

[217]         The conclusions of Cullity J. were that the testator’s beliefs were false, that they amounted to an insane delusion and that the proponent of the will had failed to prove on the balance of probabilities that the beliefs had no effect on the dispositions made by the testator.  Accordingly, the proponent had failed to discharge the burden of proving testamentary capacity.

Where delusions are of such a nature as is calculated to influence the testator in making the particular disposition… a jury would not in general be justified in coming to the conclusion that the delusion, still existing, was latent at the time, so as to leave the testator free from any influence arising from it…

Once there is shown the existence of a delusion which is calculated to influence the testator in making the dispositions of a will, then the court must be convinced that in fact the delusion had no such effect.  What then is the test by which we can say that a delusion is so calculated?  Obviously its nature and subject matter, and its relation in the mind of the testator to the matters material to testamentary disposition.

Application of the law to the facts found