Mental Capacity to Marry Is Low 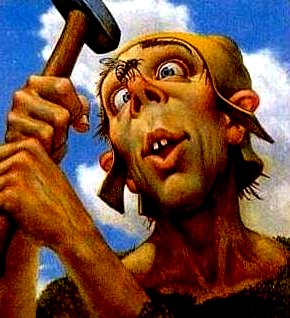 The British Columbia courts have once again held that the amount of mental capacity required to marry for an individual, is in fact a very low standard.

As the saying goes “any fool can get married ”

What is wrong with this analysis however is the fact that  marriage is no longer the simple contract that the law  stubbornly hangs onto , despite the legal  complexities  that become involved the moment of  the pronouncement of marriage and the entry of it at the registrar of marriages .

The fact of the matter is that it costs very little money for most individuals to get married , but the legal implications let alone the cost  of divorce only underlines  how complicated the contract of marriage actually is .

Other blogs on this website also dealing with the issue of capacity to marry are found at:

The recent decision of Ross- Scott v Groves Estate 2014 BCSC 435 amongst other things reviews  the law relating to the amount of capacity required to marry , which is summarized as follows:

The Adult Guardianship Act, R.S.B.C. 1996, c. 6 contains a presumption of capacity regarding an adult’s decision:

3(1)      Until the contrary is demonstrated, every adult is presumed to be capable of making decisions about the adult’s personal care, health care and financial affairs.

(2)        An adult’s way of communicating with others is not grounds for deciding that he or she is incapable of making decisions about anything referred to in subsection (1).

[38]         The first question to be decided in this action is whether Mr. Groves had the capacity to marry the defendant.

[39]         Attacks on this marriage based on incapacity can only succeed if a preponderance of evidence demonstrates that Mr. Groves was incapable of forming the intent to marry the defendant. If he did not have the capacity to enter into a marriage, the marriage is void ab initio.

[40]         A party entering a marriage relationship must freely exercise the choice to marry and must understand the inherent marital obligations akin to a contractual relationship.

The decision to marry includes the acceptance of various legal consequences incident to the institution of marriage, including the obligation of mutual support between spouses and the support and raising of children of the marriage. In my view, freedom of choice and the contractual nature of marriage are crucial to understanding why distinctions premised on marital status are not necessarily discriminatory: where individuals choose not to marry, it would undermine the choice they have made if the state were to impose upon them the very same burdens and benefits which it imposes upon married persons. The authors Michael D. A. Freeman and Christina M. Lyon, in Cohabitation without Marriage (1983), at p. 191, make just these points:

… marriage is a voluntary institution in which the parties express their willingness to commit themselves to each other for life. Whether they are completely cognisant of all the legal effects of such a commitment is immaterial; the commitment is made, nevertheless, and marital rights and obligations inevitably follow. Cohabiting couples do not make that same commitment, and rights and duties akin to marriage should not as a result follow. The danger with imposing the incidents of marriage on a cohabiting couple is that it constitutes a denial of a fundamental freedom.

200      Marriage is an institution in which couples agree to participate by the expression of a formal and public choice. The contractual nature of marriage distinguishes married couples from common law couples who have not expressed their wish to be bound by the obligations of marriage. This is not to deny that many unmarried couples have relationships similar to those of married couples, marked by love and longevity. Clearly, although marriage can offer an environment conducive to the well-being of the family, marriage is not the only way to achieve this end. As my colleague Justice L’Heureux-Dubé states in her reasons, more and more couples are choosing not to marry in Canada, and legislatures have responded to this reality by enacting numerous legislative provisions that seek to promote values traditionally associated with marriage, while also imposing obligations and conferring benefits on unmarried couples. However, the fact that some unmarried couples have relationships similar to married couples does not undermine the central distinguishing feature of the institution of marriage: permanent contractual commitment. Marriage is of a solemn and permanent nature, and couples who have entered into such a contractual commitment constitute a large majority in this country. As Professor Z. Wu demonstrates, the marital relationship is the most stable form of relationship. Almost 90 percent of first marriages last at least 10 years, whereas only 12 percent of common law relationships achieve this duration: Cohabitation: An Alternative Form of Family Living (2000), at p. 108. According to Professor Wu (at p. 108):

201      It is by choice that married couples are subject to the obligations of marriage. When couples undertake such a life project, they commit to respect the consequences and obligations flowing from their choice. The choice to be subject to such obligations and to undertake a life-long commitment underlies and legitimates the system of benefits and obligations attached to marriage generally, and, in particular, those relating to matrimonial assets. To accept the respondent Walsh’s argument — thereby extending the presumption of equal division of matrimonial assets to common law couples — would be to intrude into the most personal and intimate of life choices by imposing a system of obligations on people who never consented to such a system.

[42]         Various decisions have addressed the issue of mental capacity and marriage. I will briefly summarize four decisions.

A person is mentally capable of entering into a marriage contract only if he or she has the capacity to understand the nature of the contract and the duties and responsibilities it creates.

[44]         In Hart, Lowry J. considered the elements necessary to challenge a marriage’s validity because of mental incapacity. At para. 31, he said:

Where, as here, a marriage has, in form, been properly celebrated, the burden of proving a lack of mental capacity is born by the party who challenges the validity. What is required is proof on a preponderance of evidence. The evidence must be of a sufficiently clear and definite character as to constitute more than a “mere” preponderance as is required in ordinary civil cases: Reynolds v. Reynolds reflex, (1966), 58 W.W.R. 87 at 90-91 (B.C.S.C.) quoting from Kerr v. Kerr (1952), 5 W.W.R. (N.S.) 385 (Man. C.A.).

There is a presumption of the validity of the marriage, and the onus is on R.H. to establish complete lack of consent through duress. To establish duress:

Very clear and cogent evidence is needed to rebut the presumption of marriage where there is no evidence to the effect of the plaintiff’s demeanour at the time of marriage showed stress or fear.

[46]         Third, in A.B. v. C.D., 2009 BCCA 200 [A.B.], the Court considered the measure of capacity necessary for a spouse to be able to decide to live separate and apart; the Court concluded that the test was equivalent to the capacity to marry test. They affirmed the importance of considering a person’s autonomy to make decisions about their lives. At para. 36, Smith J. summarized the Court’s conclusions:

In summary, disordered or delusional thinking which may contribute to an individual’s intention to live separate and apart, does not diminish that individual’s capacity to form that intention, provided it does not reach the level of incapacity that interferes with the ability to manage his or her own affairs and instruct counsel.

28        I agree with Professor Robertson’s characterization of the different standards of capacity. His characterization differs from the articulation of the standard of capacity necessary to form the intention to leave a marriage that was adopted in the English decisions of Perry v. Perry, [1963] 3 All ER 766 and Brannan v. Brannan, [1973] 1 All ER 38. In these cases, the courts decided that when a spouse suffers from delusions that govern a decision to leave the marriage, the delusional spouse does not have the requisite intent to leave the marriage. This standard differs from that described by Professor Roberts, which focuses on the spouse’s overall capacity to manage his or her own affairs.

A useful discussion of the hierarchy of levels of capacity is found in Calvert at paras. 54-56:

[54]      Separation is the simplest act, requiring the lowest level of understanding. A person has to know with whom he or she does or does not want to live. Divorce, while still simple, requires a bit more understanding. It requires the desire to remain separate and to be no longer married to one’s spouse. It is the undoing of the contract of marriage.

[55]      The contract of marriage has been described as the essence of simplicity, not requiring a high degree of intelligence to comprehend: Park, supra, at p. 1427. If marriage is simple, divorce must be equally simple. The American courts have recognized that the mental capacity required for divorce is the same as required for entering into marriage: re: Kutchins, 136 A. 3d 45 (Ill., 1985).

[56]      There is a distinction between the decisions a person makes regarding personal matters such as where or with whom to live and decisions regarding financial matters. Financial matters require a higher level of understanding. The capacity to instruct counsel involves the ability to understand financial and legal issues. This puts it significantly higher on the competency hierarchy. It has been said that the highest level of capacity is that required to make a will: Park, supra, at p. 1426. (I note that Mr. Birnbaum felt that, in August 1994, he would have taken instructions for a will but for Dr. Hogan’s concern about her ability to instruct counsel.) While Mrs. Calvert may have lacked the ability to instruct counsel, that did not mean that she could not make the basic personal decision to separate and divorce.

[50]         There is a presumption of validity of a marriage and this presumption can only be displaced by very cogent evidence. This evidence must focus on the spouses’  ability to make personal decisions about the way that person wishes to live their life and must clearly identify features of the person’s decision making powers that would establish the person did not understand the simple promises made and given at the time.