Moore v Sweet 2018 SCC 52 held that pursuant to the law of unjust enrichment, a constructive trust should be imposed upon life insurance proceeds on the deceased’s life, where the former partner had pursuant to an oral agreement paid the premiums on the policy until the death of her former husband.

After separation, and pursuant to an oral agreement, the applicant continued to pay the premiums on the policy until her former husband’s death.

The husband however, in contravention of the oral agreement, and unbeknownst to the applicant, changed the designated beneficiary on the policy to his new partner. There was no dispute that such an oral agreement had been made, or that the applicant had made all of the policy payments for approximately 15 years after their separation.

The Supreme Court of Canada, reviewed at length the law relating to unjust enrichment, and found that the respondent beneficiary had been unjustly enriched as the designated beneficiary of the $250,000 policy, that the applicant had correspondingly being deprived, and that there was no juristic reason for same.

The Supreme Court of Canada imposed a remedial constructive trust on the insurance proceeds and ordered that they be paid to the applicant.

The court in using a straightforward economic approach to focus on what the applicant had actually lost, and found that it was in fact the entire insurance policy proceeds.
There was no justification in law or equity for the fact that the respondent was enriched at the applicant’s expense.

The court reviewed a great number of cases relating to unjust enrichment and essentially followed the decision of Soulos v . Korkontzilas, [1997] 2 S.C.R. 217 (S.C.C.), and held that it leaves open four routes by which a constructive trust may be imposed:

(1) as a remedy for unjust enrichment;
(2) for wrongful acts;
(3) in circumstances where its availability has long been recognized; and
(4) otherwise where good conscience requires it.

In Soulos the court anticipated that the law of remedial trusts would continue to develop in a way that accommodates the changing needs and mores of society.

The remedy for unjust enrichment is restitutionary in nature and can take one of two forms: personal or proprietary.

A personal remedy is essentially a debt, or a monetary obligation such as in order to pay damages that may be enforced by the plaintiff against the defendant, as was the case in Sorochan v Sorochan (1986) 2 SCR 38 at para.47.

In other cases, however, a plaintiff may be awarded a remedy of a proprietary nature, that is an entitlement to enforce rights against the particular piece of property, as was the case in Moore with the insurance proceeds.

A constructive trust is a vehicle of equity through which one person is required by operation of law, regardless of any intention, to hold certain property for the benefit of another. ( Waters Law of Trusts 4th edition at p.478)

In Canada, it is understood primarily as a remedy, which may be imposed at the court’s discretion were good conscience so requires. As was stated in the Soulos decision, under the broad umbrella of good conscience, constructive trusts are to recognize both for wrongful acts like fraud and breach of duty of loyalty, as well as to remedy unjust enrichment and corresponding deprivation.

A proper equitable basis must exist before the court will impress certain property with a remedial constructive trust. The cause of action in unjust enrichment may provide one such basis, so long as the plaintiff can also establish that a monetary award is insufficient and that there is a link between his or her contributions of the disputed property ( Kerr v Barranow 2011 SCC 10 ) 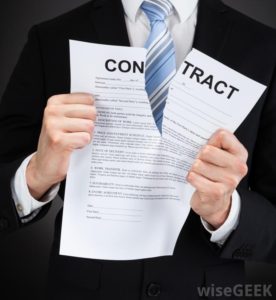 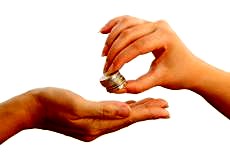