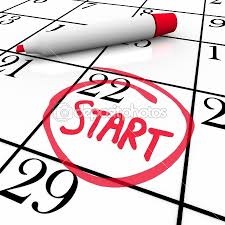 Public Guardian and Trustee v Sheaffer 2015 BCSC 1306 discusses the WESA transition importance of March 31, 2014 in the WESA  legislation known as the  Wills, Estates and Succession act .

A lay person brought an action that an unsigned will dated prior to March 31, 2014, the enactment of WESA date , should be valid as per the rectification provisions of WESA.

22      On March 31, 2014, the WESA came into force in British Columbia. Its enactment heralded significant changes in the law with respect to of wills and estate administration in this province.

23      For the most part, the WESA applies to the estates of persons who have died on or after March 31, 2014, and to the wills of such persons, even though their wills may have been made prior to March 31, 2014. The effect of the transitional provisions is that s. 58 of the WESA is only engaged if the date of death of the will-maker is after March 31, 2014. While there are narrow exceptions to the date of the will-maker’s death as being the qualifying event for the application of the WESA, they do not apply to the case at hand.

24      Prior to the enactment of the WESA, long-standing principles of formalism governed the creation, alteration, and revocation of wills in British Columbia. These principles were codified in the Wills Act. The pertinent legislative provisions prescribing the requisite statutory formalities for due execution, are set out in s. 4 of the former Wills Act:

4 Subject to section 5, a will is not valid unless

(b) the testator makes or acknowledges the signature in the presence of 2 or more attesting witnesses present at the same time, and

(c) 2 or more of the attesting witnesses subscribe the will in the presence of the testator.

25      It was well-settled in British Columbia, prior to the enactment of the WESA, that it was necessary to strictly comply with the statutorily prescribed formalities for creating a will. The courts have no discretion in waiving those requirements. In Ellis v. Turner (1997), 43 B.C.L.R. (3d) 283 (B.C. C.A.), the Court of Appeal commented on these strict compliance provisions, at 285:

The Wills Act creates a scheme designed to insure that a document purporting to be a testamentary disposition is in fact the will of the testator. A strong indicia of authenticity is proof that the will was signed at its end in the presence of witnesses. This Court must interpret, apply and respect the law as passed by the legislature. To declare the will in this case to be valid would be to by-pass the clear provisions of the Wills Act and to create a discretion in this Court which is not found in the Act. This is something which we cannot do.

26      The formalities for execution have been incorporated into s. 37 of the WESA. However, the WESA has introduced a remedial provision in s. 58 that gives the court a broad authority to “cure” a purported will, an alteration to a will, or the revocation of a will that does not satisfy the signing and witnessing requirements prescribed by s. 37. Section 58 constitutes a key component of the modernization of the law of wills and succession in British Columbia because it empowers the court to uphold the will-maker’s true intentions even where the will, a gift under the will, or a purported alteration or revocation of the will is invalid pursuant to other provisions of the WESA.

27      The application of s. 58 extends to “a record, document or writing or marking on a will or document”. The pertinent provisions of the WESA provide as follows:

(a) is recorded or stored electronically,

(c) is capable of reproduction in a visible form.

(2) On application, the court may make an order under subsection (3) if the court determines that a record, document or writing or marking on a will or document represents

(a) the testamentary intentions of a deceased person,

(c) the intention of a deceased person to revoke, alter or revive a testamentary disposition contained in a document other than a will.

(3) Even though the making, revocation, alteration or revival of a will does not comply with this Act, the court may, as the circumstances require, order that a record or document or writing or marking on a will or document be fully effective as though it had been made

(a) as the will or part of the will of the deceased person,

(b) as a revocation, alteration or revival of a will of the deceased person, or

(c) as the testamentary intention of the deceased person.

(2) Subsection (1) does not invalidate a will validly made before the date on which Part 4 comes into force.

(3) Subsection (1) does not revive a will validly revoked before the date on which Part 4 comes into force.

29      The PGT tendered an affidavit describing the preparation by a solicitor of the Unsigned Will for the Deceased in September 2011. The PGT also tendered the affidavits of a social worker at Chilliwack General Hospital and a social worker at Abbotsford Regional Hospital and Cancer Centre. At the hearing, Mr. Thurston relied on his own affidavits and that of Marilyn MacIver.

30      Given my conclusions, which are set out below, it not necessary for me to review this affidavit evidence other than to find that the evidence proves that the Deceased did not execute the Unsigned Will.

31      The Deceased died in September 2011, prior to the statutorily-prescribed qualifying date of March 31, 2014 imposed by s. 186 of the WESA. Based on the pertinent transitional provisions, I conclude that the WESA has no application to this case. Given my conclusion that the WESA has no application, I need not engage in any analysis respecting whether the remedial provisions of s. 58 could “cure” the deficiencies in the Unsigned Will.

33      It is this determination that grounds Mr. Thurston’s submissions on the constitutional issues.

34      Mr. Thurston’s submissions with respect to the breach of s. 15 of the Charter can be distilled to the core assertion that the effective start date of the WESA is arbitrary and fundamentally unfair.

35      In my view, it does not assist Mr. Thurston to challenge the transitional provisions of the WESA on the basis of an alleged breach of s. 15 of the Charter. The distinction between two groups of interested persons, one with access to the new curative dispensing provisions and the other without, occurs as a function of the date of death of the testator; it has no direct or indirect connection to the personal characteristics of the interested parties themselves. As such, the distinction is not of the kind that can be recognized as discrimination against the excluded group within the meaning of s. 15 of the Charter.

36      With regard to transitional provisions, the observations of Evans J.A. in Nishri v. R., 2001 FCA 115 (Fed. C.A.), are apposite. The Federal Court of Appeal in that case dismissed an s. 15 Charter challenge to the transitional provisions of the Unemployment Insurance Act that imposed a cut-off on the availability of a new and expanded scheme of parental leave benefits under the statute. Evans J. concluded as follows:

[42] Furthermore, this case concerns provisions that are transitional in nature. Especially in the context of complex statutory schemes, such as unemployment insurance, where the total cost of the programme is a relevant consideration in its design, Parliament should be given a degree of latitude in determining where to draw the line between benefit claims falling under the old and under the new rules, an exercise that is almost bound to seem arbitrary to those falling on the wrong side of the line.

[43] Thus, if Ms. Nishri’s baby had been born ten weeks later, or she had delayed her application for maternity leave, she would have been eligible for parental leave. However, this is not a basis for establishing a violation of the constitutional right to equality and freedom from discrimination. For a court to engage in constitutional tinkering with complex, interlocking statutory provisions in an attempt to cure an apparent arbitrariness in the operation of a justifiable cut-off in a benefits scheme is all too likely to create unforeseen anomalies of its own, even when the adverse effects of the impugned provision are not undifferentiated in their impact.