Henderson v Myler 2021 BCSC 1649 is another case dealing with the curative powers of S. 58 WESA to fix a will that otherwise would not be valid due to defective witnessing procedures and the like.

Section 58 is a curative provision, conferring broad discretion on the court to relieve against the consequences of non-compliance with strict testamentary formalities otherwise required by WESA in order to find that a record, document or writing, or a marking on a will or document, represents the testamentary intentions of the deceased. In Hadley Estate (Re), 2017 BCCA 311 at para. 34, the Court of Appeal describes s. 58 as “remedial in nature”.

The focus is on whether the document represents the testamentary intentions of the deceased.

In George at para. 35, the court confirmed that testamentary intention meant more than an expression of how a person would like their property to be disposed of after death and the key question is whether it records a “deliberate or fixed and final expression of intention as to the disposal of the deceased’s property on death” at the material time. Such a finding is intensely context and fact specific.

BC cases, and cases from other jurisdictions with similar curative provisions (Manitoba, New Zealand, and Australia), show the context and fact-specific nature of the analysis.

In George, the court set out the following principles:

At para. 36 of Estate of Young, citing Manitoba cases, Justice Dickson set out a list of factors relevant to the determination of whether a document, that does not otherwise comply with the formal requirements of WESA, expresses the deceased’s testamentary intention. The list is non-exhaustive and includes the deceased’s handwriting, the deceased’s signature or witness’ signatures, a revocation of previous wills, funeral arrangements, specific bequests, and the title of the document.

Medical Records Admissibility and the Remoteness of Time 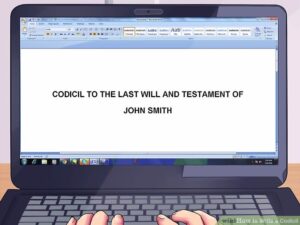