Wills Variation: Adopted Out Children Have No Claim 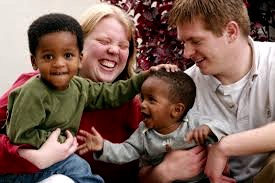 In British Columbia a child who has been adopted out to another family has no claim on his or her pre-adoption family in the event of an intestacy or under the wills variation provisions of section 60 WESA.

And adoption has been held by various courts to mean “for all purposes”.

This was recently confirmed in Atrill Estate 2018 BCSC 350 where the court held that under the intestate succession provisions of WESA a child who was adopted out by the deceased is not a descendent entitled to share in the estate of a deceased’s pre-adoption parent.

In Atrill the testator left the residue of his estate to his wife, but made no alternative. In the event his wife predeceased in which she did. The deceased having fathered a daughter in one son, who also predeceased the testator, and whom the testator deliberately left out of his will.

The son fathered three children, one of whom had been adopted by another family. The testator’s daughter claimed to be entitled to the entirety of the residue of the estate.

Under section 86 of the Trustee Act, the court found that the case involved a partial intestacy governed by part three of WESA and ruled the intention of the testator to exclude his son from a share of the estate did not prevail over the statutory will found in the WESA intestate succession provisions.

However, based on judicial authority, the third child put out for adoption was not entitled to share on the intestacy.

With respect to the adopted out child, the court followed the decision Boer v Mikaloff 2017 BCSC 21 that held that a child who had been adopted out has no claim on his or her pre-adoption family in the event of an intestacy.

The BC Court of Appeal in Clayton v Markolefas 2002 BCCA 435 addressed whether an adopted child was “issue”of her birth father, enabling her to be entitled to a portion of her birth father’s intestate estate, and the court considered in detail section 37 of the Adoption At as it then read.

The court summarize that “ the thrust of these provisions is to move the child from one family to another family and make it a child of the new family and no longer child of the old family”.

Section 3(2) (A) of WESA serves to confirm that an adopted child is not within the family relationships of his or her birth parents for the purposes of WESA.

In other words, an adopted child relative to a pre-adoption parent will maker is in the same position as a nonfamily member.

The only exception is found in section 3(3) of WESA, which provides that the adoption of a child by the spouse of a pre-adoption parent does not terminate the relationship of parent and child between the child and the pre-adoption parent for the purposes of succession.