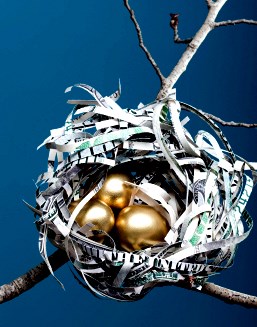 The Testator had a cordial relationship with K and K’s sons, S and A. S was 21, had a learning disability and would likely remain dependent on K, but had earned income in past and had $531 monthly disability pension. Testator’s 2006 will, left 55 per cent of estate to son K, 5 per cent to grandchildren S and A, and the remainder to H.

Shortly before the testator’s death, K saw to the preparation of a transfer of his condo in joint tenancy to himself and K, but the testator did not sign and indicated he wanted any legacy to H to pass outside of his will.

K brought an application to vary under s. 2 of Wills Variation Act and the application was dismissed.

The Testator’s mind was not settled on provisions other than those in will — Any change the testator might have made was not issue. The relevant process under s. 2 was objective analysis of whether provisions fell within range of adequate dispositions.

When survivor benefits, CSBs, and contents of joint bank account were considered as forming part of estate’s value, value was about $760,000, so K’s share was $510,000, or approximately 67 per cent.

K was not rich but had comfortable income, equity in home, and had set aside modest assets for future. The Testator was favourably disposed to S and open to contributing to S’s future, but objective was likely seen by testator as feature of a moral commitment to K . His significant bequest to K was substantial recognition of K’s status as testator’s only child and an amount capable of helping to support K in providing for children, including S’s special needs.

The competing bequest recognized H’s assistance and companionship in their long, supportive relationship which testator clearly valued highly .It was significant that the testator had expressed intention to have bequest to H take form which would pass outside of estate and purview of statute. In other cases reviewed, the highest percentage of an estate a child or claimant in comparable position received was only 50 per cent.

The language of the Wills Variation Act is very broad. The court must determine whether the testator has made “adequate provision” for his spouse and children. If it concludes he or she has not, the court “may, in its discretion, … order … the provision that it thinks adequate, just and equitable in the circumstances”.

25 The obligation to make “adequate provision” was analysed in two contexts:

(1) in recognition of the testator’s legal obligations as existed before his or her death to provide maintenance for a spouse or dependent child, or to recognize an enrichment to the testator’s estate through the contributions of a spouse or child;

(2) in recognition of the testator’s moral obligation to a claimant, an obligation that would generally be recognized as existing notwithstanding the absence of any legal obligation. Such a moral obligation is the operative consideration where the bequest is to an independent adult child.

26 The testator’s ability to make further provision for beneficiaries beyond the claimant categories recognized in the statute is discussed in Tatarynat 823:

… A will may provide a framework for the protection of the beneficiaries and future generations and the carrying out of legitimate social purposes. Any moral duty should be assessed in the light of the deceased’s legitimate concerns which, where the assets of the estate permit, may go beyond providing for the surviving spouse and children.

27 The authorities display a variety of circumstances impacting on the acceptability of the particular bequests in question and no two cases appear to be very much alike. Four that have some value here are:

28 In Clucas, the claimant was a disabled son given a life interest in one-third of the testator’s $440,000.00 estate. Two-thirds of the estate was to be divided between his sister’s four children. The claimant’s sister did not participate herself and was significantly better off than her brother.

29 The life estate the claimant was to participate in was eventually to pass to the same four grandchildren and a fifth grandchild, the claimant’s daughter, equally. Satanove J. found the bequest inadequate and settled on a $200,000.00 bequest to the son, representing approximately 45% of the estate.

30 The son’s claim in Clucascan be seen as tempered in comparison to the case at bar in that, in Clucas, the claimaint’s sister (or her children) can be seen as presenting a competing interest; however, his degree of need was markedly increased by his disability.

31 In Smith, the claimant was an only son. His mother’s will did not include him and directed that her $230,000.00 estate be held in a trust in favour of her two grandchildren, the claimant’s children, for educational purposes with the residue going to them at age 30. The testator had a surviving husband. He was not included in the estate, but took the testator’s interest in the family home by way of survivorship. The son’s circumstances were modest.

32 Williams J. held that the will failed to make adequate provision for the son and varied the will to give him one-half of the estate.

33 Sawchuk, was a case involving an only daughter’s claim to her mother’s estate. The daughter was left $10,000.00 out of the $4 million estate, with 80% of the residue, after some minor legacies, going to the testator’s step grandchildren and the claimant’s children. At trial, the claimant’s interest was increased to $500,000.00, a disposition varied by the Court of Appeal, to $1 million. This represents approximately 25% of the estate, albeit the estate was significantly larger than is the case here. This increase in the daughter’s favour was justified in the following terms. Mackenzie J.A., speaking for the Court of Appeal, said this at para. 17:

17 … I think that a judicious parent would make a provision sufficient to allow the appellant to live in her own residence in an area of greater Vancouver generally similar to the that [sic] of the testatrix.

35 Firstly, I’ll deal with the evidence relating to the series of events that occurred shortly before the testator’s death, which may ultimately have culminated in the testator making a separate provision in his will in respect of the condominium. These steps were precipitated by the plaintiff’s strong objection to this major asset passing under the terms of the existing will. I find that although it’s clear that the testator recognized he had a moral obligation to his son, the evidence also indicates that the testator remained conflicted in respect of his strong desire to leave a significant legacy to Ms. Hepting. I take from the fact that he declined to execute the subsequent documents presented by Ms. Samji and his words to her when she presented them, as indicating that notwithstanding his son’s argument, the testator was not settled in his mind on a different set of provisions. It is conjecture whether the plaintiff’s arguments to his father would ultimately have resulted in a significant change. Further, what might have happened is not the issue. As stated in Tataryn, the relevant process is an objective analysis of whether the provisions of the will in question meet the obligations imposed by s. 2, of falling within the range of adequate dispositions.

36 Secondly, I take into account the full disposition of assets on death in determining the adequacy of the provisions of the will. The testator’s interest in the RIF, the Canada Savings Bonds and the joint bank account, passed to the plaintiff by way of survivorship, but this simply amounted to another way of managing the transfer of the testator’s net worth. To my mind, the equities of assets to be determined in assessing the adequacy of the provisions in the will include consideration of the transfer of these assets. Including these sums in the accounting, the gross value of the estate is approximately $760,000.00, and the plaintiff’s share amounts to $510,000.00, or approximately 67% of the assets passing on the testator’s death.