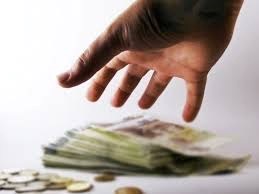 In a wills variation claim the executor cannot use estate funds to defend his personal interests.

The executor may have his reasonable legal fees paid in his role as executor but should have separate counsel in most cases and the fees should be kept to a minimum–typically for advising on estate developments, liabilities and assets.

But when the executor is also a beneficiary the costs must be separated.

If one counsel acts for the executor in both the capacity of executor and personal beneficiary, then the legal fees must be apportioned between the two separate roles, with the estate paying only for the role of executor. Wilcox v Wilcox 2002 BCCA 574.

Prior to this case, it was not uncommon for defendants to routinely use estate funds in the hope of depriving a plaintiff of sufficient resources to continue the fight.

Steernberg levels the playing field by making each party pay for their own legal costs as the litigation proceeds, save for the executor, who must remain neutral in the litigation.

Here are the facts of Steernberg:

The Wife, husband’s son, husband’s three daughters and husband’s brother-in-law were beneficiaries under husband’s will.

The Plaintiff wife challenged husband’s will–husband’s son was the executor of the will.

An offer to settle made under R. 37 of Rules of Court, 1990 was signed by son as executor and the other four beneficiaries, but not on behalf of son in his personal capacity as beneficiary.

Legal fees for defendant’ litigation counsel of $148,250.62 and legal fees of counsel for executor of $72,895.24 were deducted before net values of estate were calculated.

Shortly after the trial ended and before reasons for judgment were issued, the estate paid defendants’ litigation counsel’s invoice of $60,700.

None of these payments were made or recorded with the wife’s consent and no funds from estate were made available to the wife before, during or after trial for her legal fees.

During the trial, the wife raised the concern that the defendants took substantial sums of money out of estate for legal fees to defend action before the trial started.

The parties agreed that the issue would be decided after the court gave its decision on whether will should be varied.

It was inappropriate to withdraw funds from estate at start of litigation, or throughout the course of litigation to fund defence of Wills Variation Act claim in the absence of a court order or unanimous agreement of beneficiaries

In a Wills Variation Act (S. 60 WESA) claim the validity of will itself was not being challenged and there was no need for the executor to “defend” will

The son was not entitled, in his neutral role as executor, to make a R. 37 offer and he did not join in the offer in his personal capacity as a beneficiary.

It was not an offer made on behalf of all persons beneficially interested in the assets of the estate and hence would not be binding on the estate.

The losing beneficiaries must pay the wife’s costs personally, not out of the estate.

It was directed that the executor pass his accounts before a registrar and that the registrar inquire into and make recommendations with respect to the net value of the estate after taking into account appropriate legal fees and income that ought to have been earned on the funds had they remained invested.