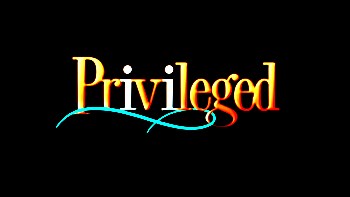 Plaintiff’s counsel invariably want to obtain and review the will drafters file in wills variation, but in wills variation cases the lawyer’s file is usually privileged,  confidential and not compellable , ( but not so when the validity of the will itself is in question.

Chang v Lai Estate 2014 BCSC 128 involved 3 daughters of the deceased and residuary beneficiaries of their mother`s estate, consulted with lawyer T re probating the will.

Unhappy with the will`s provisions however, the same 3 sisters also obtained advice from the same lawyer T re a wills variation action.

Some time later, the plaintiffs renounced their positions as executors and commenced a wills variation action.

The defendants  claimed a right to review the lawyer T`s entire  file .

[17]         The beneficiary is not, however, entitled to production of all communications between legal counsel and the executrix. Where there is an adversarial relationship between a trustee and a beneficiary, there is no “joint interest” that compels disclosure of communications that would normally be protected by solicitor-client privilege. As Lederman J. says in Re Ballard Estate at p. 354:

… there is no need to protect the solicitor-client communication from disclosure to those very persons who are claiming under the estate. The communications remain privileged as against third parties who are strangers or are in conflict with the estate, but as was stated in Stewart v. Walker, supra, not those who are claiming under the estate. And that is because the trustee and beneficiary have a joint interest…

[19]         There are clearly conflicting principles in this case. On the one hand, it is of the utmost importance to protect solicitor-client communications from disclosure. The law has consistently upheld the confidential nature of such communications and strictly construed the circumstances that may be regarded as an implicit waiver of the privilege. On the other hand, the beneficiaries of a trust are entitled to production of documents that fall broadly within the category of administration of the estate.

[20]         Balancing these conflicting principles, I find that the issue in this case must be resolved in favour of the plaintiffs. The underlying basis for exempting from solicitor-client privilege those documents that relate to advice sought in connection with the administration of the estate is the joint or common interest of the trustee and the beneficiary. It follows that where the beneficiary is in an adversarial relationship with the executrix, solicitor-client privilege remains in place to preserve the confidentiality of those communications. In this case the defendants do not have a common or joint interest with the plaintiffs regarding the wills variation action. Their interests are clearly in conflict due to the variation of the will sought by the plaintiffs. Thus legal advice sought and received for that purpose remains privileged.

[21]         Furthermore, the fact that the plaintiffs retained the same legal counsel to act for them in regard to the wills variation action and the administration of the estate does not amount to a waiver of solicitor-client privilege. Regardless of whether Mr. Takahashi was in a conflict of interest position (and in light of the practice in estate law this is questionable), the plaintiffs cannot be taken to have waived solicitor-client privilege because he acted in both capacities. The fact that Mr. Takahashi kept the same file for both the wills variation litigation and the administration of the estate is unfortunate; however, it does not evidence a waiver of solicitor-client privilege by his clients qua plaintiffs in the wills variation action.