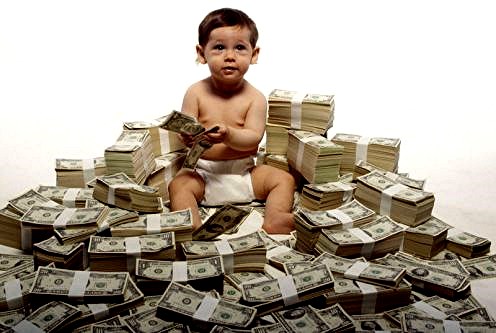 Heatherfield (Litigation Guardian) v Heatherfield 2015 BCSC 505 varies a will from his ex spouse to  entirely in favour of infant children under the Wills Variation act which is now incorporated into the provisions of WESA ( Wills Estate and Succession act).

Heatherfield is the clearest and strongest case yet setting out the legal obligations a parent owes to provide for his or her infant children. Prior decision were often far too low in my opinion given that the deceased owes a legal obligation to provide for the upbringing of his or her children. Heatherfield corrects the previous law by awarding the entire estate to the two children of the deceased instead of his previous spouse after he failed to changed his will and then died. A prior decision of Cameron Estate (1991) 41 ETR 30 was distinguished and not followed by Justice Ballance.

The Public Guardian on behalf of the children as their litigation guardian sued the ex wife saying she should not inherit and instead the two children should receive the entire estate and the court agreed.

48      The essence of the WVA is embodied in s. 2. It provides that if, in the Court’s opinion, a will fails to make adequate provision for the proper maintenance and support of the will-maker’s spouse or children, the court is empowered, in its discretion, to vary the will to make the provision it considers adequate, just and equitable in the circumstances.

49      Tataryn v. Tataryn Estate, [1994] 2 S.C.R. 807 (S.C.C.) [Tataryn], is the leading authority in British Columbia on wills variation. In Tataryn, the Supreme Court of Canada identified the two fundamental interests protected by the WVA. The main statutory objective is the adequate, just and equitable provision for a will-maker’s spouse and children; the other is the will-maker’s testamentary autonomy. The conceptual essence of the statute is to permit judicial interference with testamentary freedom where adequate provision has not been made in respect of a narrow protected class. Testamentary freedom is, therefore, subordinate to the main objective of the WVA and must yield, to the extent required, to achieve adequate, just and equitable provision for the applicant spouse and/or children. That said, the judicial approach is not to start with a “blank slate and write a will designed to right all the perceived wrongs of the past, nor interfere only to improve upon the degree of fairness of a will if the testator has met his obligations under the [WVA]”: Chan v. Lee, 2004 BCCA 644 (B.C. C.A.) at para. 43.

50      The concept of adequate provision is a flexible notion and is highly dependent upon the individual circumstances of the case. Whether adequate provision has been achieved is determined by evaluating whether a will-maker has acted as a judicious parent or spouse, as measured by an objective standard informed by current societal legal norms and moral norms. The considerations to be weighed in assessing whether a will-maker has made adequate provision are likewise relevant to the determination of what would constitute adequate, just and equitable provision in the particular circumstances. They are “two sides of the same coin”: Tataryn at 814.

51      Legal norms are said to be the obligations that would be imposed upon the will-maker during his or her life if the question of provision for the claimant spouse or child were to arise. Accordingly, a will-maker’s legal obligations that could have arisen in relation to support, division of matrimonial property and the law of constructive trust/unjust enrichment are relevant to the assessment. Tataryn left open the prospect that an independent adult child might have a legal claim against a parent based on unjust enrichment: Tataryn, at 822. In terms of the guidelines for societal moral norms, Tataryn proposed that they are “found in society’s reasonable expectations of what a judicious person would do in the circumstances, by reference to contemporary community standards”: at 821.

52      Tataryn held that all legal and moral claims should be satisfied where the magnitude of the estate permits. In cases where complete satisfaction of all claims is not possible, the competing claims are to be prioritized. Claims that would have been recognized as legal obligations during a will-maker’s lifetime should generally take precedence over moral claims: Tataryn, at 823. The court must also weigh the competing moral claims and rank them according to their strength. While claims of independent adult children may be more tenuous than those of a spouse or dependent child, where the size of the estate permits, some provision should be made for them unless the circumstances negate such an obligation: Tataryn, at 822-823.

53      The Court in Tataryn recognized that there is no single way for will-makers to divide their estates in order to discharge their legal and/or moral duties. It emphasized that it is only where a will-maker has chosen an option that falls below his or her obligation as defined by reference to the contemporary notion of legal and moral norms that a court will vary a will so as to achieve “the justice the testator failed to achieve”: at 823-824.