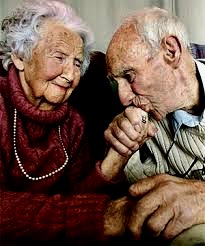 Ciarniello v James 2016 BCSC 1699 is a good example on how the court treats the division of estate assets  at the end of  long marriages when the survivor brings a wills variation action on the basis that she was not adequately provided for in her late husband’s estate.

The parties were together 39 years and had two children of their 28 year old marriage. It was a second marriage for both.

The deceased husband also had three children from a previous marriage.

The testator died at age 80 years and held assets in his name of about $11.3 million dollars.

His surviving spouse was aged 62 and owned about $7.2 million of her own assets but was essentially “land rich and cash poor” and was draining her saving each month to get by.

There was  evidence as to the valuations of each parties assets.

His will left his estate equally to his five children, other than his half in the family home which he left to the plaintiff.

there was evidence that the deceased sought and relied upon an estate plan but the court found that the plan was outside what was reasonable for the  long time spouse.

The court varied the will by % 25 of the residue to the surviving spouse plus the deceased’s  %10 interest in a privately  owned company and the remaining %75 to  be divided equally amongst the five children.

The court reasoned that the plaintiff was entitled in a notional separation had it occurred immediately prior to the testator’s death, and concluded that the deceased did not make adequate provision for his surviving spouse, and thus the variance. The notional separation defines the minimum acceptable level of what is adequate, just and equitable.

Under the will, the plaintiff did not receive one half of the family property and the testator clearly did not discharge his legal duty to her.

[73]         The legal entitlement of the spouse immediately before the death of the testator is the relevant time, that is, the time of the notional separation, to determine the extent of the testator’s legal duty.

[74]         As Dr. Ciarniello died on April 28, 2013, the Family Law Act, S.B.C. 2011, c. 25, should govern the analysis. Given the provision of the Divorce Act and the Family Law Act, I think that the plaintiff at a time just prior to the death of the testator would likely be entitled to an equal division of family property. While I doubt that a family law analysis would have resulted in an order for spousal support, given the condition of the testator at that time, the deceased’s legal obligation would be to provide 50% of the family property.

[75]         Assuming a notional separation of the parties immediately before death, I find the relevant values at that time for the net assets of the plaintiff were $7,194,980 and for Dr. Ciarniello’s holdings $11,342,597. I have accepted the valuations in the plaintiff’s chart I set out above. I have considered the minority interest in Nicoson at the mid-point between the two valuations.