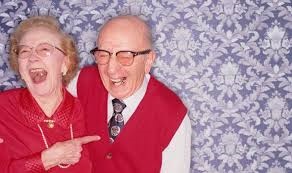 Shortly before the males death from cancer, he changed his will to give his entire estate worth $186,000 to his only child, a single mother of three.

The plaintiff also changed her will  at the same time to provide for her son and grandson exclusively.

At a summary Supreme Court trial, the court found the parties did have  a marriage like relationship and varied the will pursuant to the wills variation act to provide the plaintiff with the bequest of $100,000 based primarily on her  financial need. The court stated that had they separated prior to death that the deceased would have had a legal obligation to maintain the plaintiff.

The plaintiff was in a care facility and her monthly expenses were mostly provided for by a third party and she had equity in he home that she could utilize.

The appeal court overturned this decision and reduce the award to $30,000, finding that the trial judge erred in holding that the plaintiff was in need given the substantial equity in her house, which was not being utilized for her benefit . In reducing the award, the court stated that the trial judge should have given greater weight to the principle of testator autonomy given the nontraditional relationship between the parties.

[53] Sadly, her needs are now few and are taken care of in the institution. There is little that can be done to increase her enjoyment of life. It is hard to disagree with the suggestion, which we put to counsel during the hearing, that the trial judge’s award under the WVA will only serve the purpose of increasing Ms. Kish’s estate. As noted by Mr. Justice Finch, as he then was, in Frolek v. Frolek [1986] B.C.J. No. 1869 (S.C.):

It is not the purpose of the Wills Variation Act… to enable an applicant to build up an estate of her own, but rather to ensure that she is appropriately maintained and supported during her lifetime.

[54] I agree that the trial judge does appear to have erred in finding that Ms. Kish was in a position of “need”, at least in the strict sense. The equity in her house, or rental income therefrom, can and should be used to ensure that her standard of living for her remaining years is more than “bare bones”.

[55] The question remains, however, whether an award from Mr. Sobchak’s estate was necessary to ensure that “adequate” provision was made for Ms. Kish. As noted earlier, no evidence was provided as to the financial arrangements between Ms. Kish and the facility in which she lives. Many of these facilities are governed by the Continuing Care Fees Regulation, B.C. Reg. No. 17/2013, s. 5 of which provides a formula that incorporates a statutory maximum and minimum, for determining the monthly charge payable by persons receiving “residential care services”. Under such arrangements, it is not likely Ms. Kish would be accumulating a “shortfall” as the trial judge seemed to find. However, we again simply have no evidence on the point.

[57] Turning to the question of the moral obligation owed by the “judicious person” in Mr. Sobchak’s position, more factors come into play. One is the competing claim of Ms. Doyle and her expectations. She of course was not a dependant child to whom a legal obligation was owed by her father when he died (see Tataryn at 822); but he had clearly led her to believe she would inherit substantially. She is the mother of his grandchildren, to whom he was close. The trial judge stated at para. 37 that Mr. Sobchak “actually had, strong moral obligations to his daughter in addition to the obligations both legal and moral, that he had to the plaintiff.” On the other hand, Ms. Doyle did receive his RRIF of $250,000 – an amount almost equal to the value of the estate itself.

[58] In Tataryn, the Court stressed that the moral claims of a spouse will usually take precedence over those of adult children. In the words of McLachlin J.:

[59] In Bridger v. Bridger Estate 2006 BCCA 230, Mr. Justice Mackenzie for the majority discussed the claims of adult children vis-a-vis the claim of a long-term spouse:

Tataryn recognizes that there is no clear legal standard to judge moral claims and the test is more nebulous where the surviving spouse is not strictly speaking a dependent spouse and the children are all financially independent adults. While, as McLachlin J. observes in Tataryn, there may be a number of options for dividing assets bv a testator which are adeguate. iust and eguitable. I do not think they include a disposition that entirely prefers the moral claims of adult independent children to those of a loval spouse who provided care for the testator over years of debilitating decline. I am satisfied that the trial judge was right to recognize unfulfilled legal and moral obligations of the testator to Mrs. Bridger, as those terms are understood in a wills variation context. The legal obligation can be quantified as above. The question then becomes the measure of the outstanding moral obligation. [At para. 20; emphasis added.]

(See also Picketts v. Hall (Estate) 2009 BCCA 329, where the Court observed that “it is … not a viable option for the court to approve a disposition that substantially prefers the moral claims of adult independent children to those of a long-term caring and dedicated spouse.”)

[60] There is no doubt that claims of adult children do not and should not overshadow a testator’s moral duty to a spouse, especially where (as in Bridger and Picketts) the relationship or marriage was a long-term one. Here, however, the parties met late in life after each had become self-supporting and had had children. They took particular care to keep their finances separate and consistently indicated they did not wish to be married again. From the amendments made to their wills in early 2013, it is clear both wished to benefit their own children on death to the exclusion of the surviving spouse. (Arguably, they had an understanding to this effect.) Mr. Sobchak’s estate was relatively modest (indeed, after payment of the income tax on his RRIF, it was $186,000 – unless one adds in $74,000, representing the $12,000 in cash received by his daughter and the $62,000 amount referred to in the “Lending Agreement” described earlier). Using the larger figure of $260,000, the estate exceeds the equity in Ms. Kish’s house by only $40,000; using the $186,000 figure, his estate (to which she had not contributed) was less than her main asset.

[61] In Tataryn, the Court stated that testator autonomy is one of the two interests “protected” by the WVA. In the circumstances of this case, it seems to me that “contemporary community standards” would be more respectful of that principle than was found to be appropriate in the ‘traditional’ marriages in Br/cfgerand Picketts. Many today would find it unfair or inappropriate to disregard the wishes of both parties that their modest estates, built up through their own individual efforts, should be their own and that their respective children should benefit exclusively therefrom. And, while it is true that government is presumably supplying Ms. Kish’s needs, most would not regard her as living on some type of subsidy or ‘handout’. Rather, she is receiving benefits from a medical system to which all Canadians contribute and from which all are entitled to receive medical care