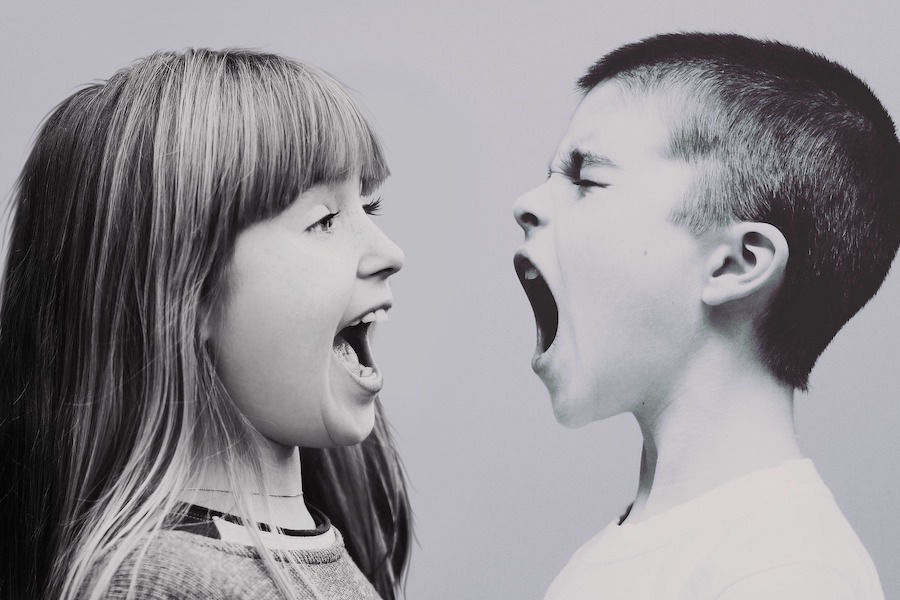 In estate litigation, what euphemistically might be called “sibling rivalry” but in a dysfunctional family, often in reality borders on sibling hatred and jealousies.

In some species, fortunately not humans, the firstborn is known to deliberately kill the second born.

Sibling rivalry can happen in any family, but is particularly common in dysfunctional families when individual children have had negative experiences in childhood. These might be the death of a parent, drug or alcohol addictions, a narcissistic parent, a step parent who is abusive or non-loving, and many other factors that are prevalent in dysfunctional families.

Any lack of a nurturing environment in childhood and the experience of having to go without something so essential to a child as love and bonding, will have a very detrimental effect in adulthood.

If one child or more is favoured over the others, this severely heightens the probability of extreme sibling rivalry that might start in childhood in matters such as fighting over a toy that later may lead to protracted bitter litigation over a parents inheritance.

In my experience most siblings seek a fair and equitable share of their parents inheritance which in most case means exactly equal, and will resent, and even litigate rather than accept that one or more siblings will inherit a greater share of a parents in the absence of reasonable and rational reasons, such as a major disability.

After 45 years of dealing with inheritance litigation among siblings, I note that most sibling disputes can be rather simplistically reduced to the perception that where one sibling inherits more than another, that sibling was loved more by the deceased parent, and that is simply intolerable to the sibling who received less.

In simple terms money and asset division are equated with the level of parental love and approval.

It is probably only natural that each child seeks as much love and attention as possible from his or her parents, even if it is to the exclusion of siblings.
If a child actually receives more love and attention than other children in the family, it can lead to greater senses of entitlement to share in the parent’s wealth and estate.

I hear the word greed in my office on an almost daily basis when my clients describe the opposing party, who is commonly a sibling. Invariably I also hear that he or she has always been that way, even as a child.

The problem that arises in estate litigation, is that the family greed or sense of entitlement greatly interferes detrimentally with the healthy family unit and instead tends to fracture it .

The breakup of the family unit in recent years has eroded to the point where there are now more blended families than ever, which is a breeding ground for increased sibling estate litigation.

Probably the most difficult sibling rivalry cases are situations where one child has either never left home and became a long time caregiver for a parent, or alternatively, the one child who wants to operate the family farm whereas the others cannot wait to vacate the farm and move to the city.

The remaining siblings while appreciative that their sibling has undertaken the thankless role of either parental caregiving or managing the family farm, and are often dumbfounded when following the death of the parent, it is found that license has been taken with the parent’s resources, or that the caregiver has unilaterally placed a price tag on his or her low by seeking compensation for caring for the parent.

Very often the parent obliges by putting the property into joint tenancy with a right of survivorship with the child who remained at home.

The other siblings invariably take the view that while the caregiver or farm operator has in fact carried out the activity that the parent may have asked for and required, they invariably point out that that child lived room and board free and had and eye on inheriting the entire parents estate.

Estate litigation has been increasing in the last two decades at an almost exponential rate, as the wealth of the older generation increases and the Boomer generation wants to retire with enough wealth to live happily ever after.

Estate disputes arise for a number of reasons, but are very often the result of real or perceived preferential treatment by a parent of one sibling over another.

The so-called greed among siblings is not just all about the money but instead is also a way of validating or not validating parental love and affection.
The division of assets under a parents will often becomes the lightning rod for years of underlying sibling emotions. The parent’s will becomes something much larger than paper dolling out bequests –it is perceived as a monetary quantification of a parent’s love and approval or alternatively distrust and disappointment in a child.

To avoid estate litigation, parents should strive to divide their assets equally between their children, or to at least communicate well in advance to reach child why there may not be an equal division and provide supporting reasons for doing so.