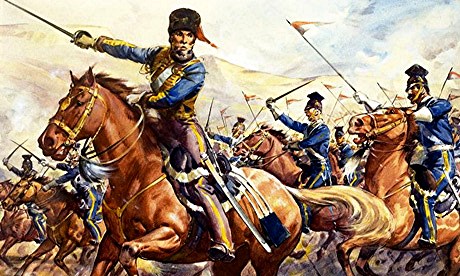 Charging liens, aka charging orders,  is an equitable remedy available in certain situations to creditors to collect a debt for services rendered.

The following extensive materials are taken from the Law Society of British Columbia’s Practice Resource materials 2013, available on line. They are excellent.

Although these materials on  charging orders  relates to unpaid solicitors liens , it is certainly not limited as a creditors remedy  to only unpaid lawyers. It is an equitable remedy from hundreds of yeas ago that still survives to this day.

Charging Liens (or Liens at Common Law) 1. When does a charging lien apply?

A charging lien may be used to secure your fees and disbursements where property has been recovered or preserved as a result of a litigation proceeding in which you have been involved as solicitor or counsel. As observed in Wilson King & Co v. Lyall (Trustees of), the purpose of a charging lien is to protect a lawyer from the unjust result of recovering or protecting property and not receiving full payment for services rendered.

A charging lien does not fall under the traditional definition of a “lien” as it does not apply to property in your possession. Rather, it is your right to request the equitable interference of the court and claim a charge against the property that has been recovered or preserved through your efforts.

In British Columbia, this right at common law has been recognized in section 79 of the Act, allowing the court to pronounce a charging order in respect of recovered or preserved property, in order to secure payment of your bill. The language of section 79 of the Act is not to be construed narrowly.

A lien does not cease in the event of your death; rather, the claim will pass to your personal representative.

By the terms of section 79(1) of the Act, the lawyer who is retained to prosecute or defend a proceeding in a court “has a charge against any property that is recovered.” The nature of the charge arising has been described as an “inchoate right” by the British Columbia Court of Appeal30: it exists from the moment that the lawyer has done some work on behalf of a client in pursuit of a claim that has resulted in some recovery or preservation of property. While the charge exists upon the recovery or preservation of the property, “the charge only becomes enforceable upon the declaration of the Court under section 79(3)” of the Act.

The court has discretion to grant or not to grant a charging order for enforcement of a charging lien.

To obtain this court order, the lawyer will generally have to make at least a prima facie case of the following elements: •

A lawyer retained to prosecute or defend

As outlined by the British Columbia Court of Appeal in Hosseini v. Oreck Chernoff, if you are prosecuting a claim, you are seeking to recover property, whereas if you are defending a claim, you are attempting to preserve the property for your client.32 The lawyer seeking the order must have been retained in one of either capacity.

• Prosecute or defend in a proceeding

However, this reasoning appears to have been carried over to apply similarly to orders under the current Act, with the result that “any solicitors’ liens that the claimant’s solicitor may have is only against the net property of her client. It has no application to the fruits of the judgment received by the respondent, including entitlement to costs.”

“Property” has been liberally interpreted to include any property recovered or preserved through the lawyer’s litigation efforts.38 This definition includes personal property as well as real property; common law charging liens do not apply to real property. 39 Furthermore, property may include a chose in action and any identifiable property that may become available to the client as a result of the future judgment.

A charging order may be valid even if the property that it applies to has not been specifically identified at the time of the order. The court in Doyle v. Keats, 41 cited with approval in FitzGibbon v. Piters, 42 held that a charging order attaches to the client’s interest in the property and the exact extent of the interest may be determined at a time subsequent to the making of the lien claim.

Prima facie case that the lawyer will not be paid

Although not expressly outlined in the statutory provision, there is a longstanding common law requirement for you to prove to the court that you will not be paid unless the statutory charging order is granted.

• Discretion of the court

Once the above listed criteria have been met, the court has further discretion to determine whether the statutory charging order should be granted under the particular circumstances of the case.44 Primarily, the court will determine whether it would be “just and proper” to grant the order against the property recovered or preserved. Factors considered by the court may include a review of the reasons for withdrawal from the retainer agreement, the likelihood that the lawyer will be paid, and the significance of the lawyer’s work in recovering or preserving the property at issue.The court may also consider whether the lien is unreasonable, unnecessary, scandalous, frivolous, vexatious, or otherwise an abuse of process.

In cases where the recovery or preservation is merely technical, it is unlikely that the court will pronounce a charging order on the basis that it would not be just and proper to do so. For instance, in Wilson King & Co v. Lyall (Trustees of), 47 the court did not charge property preserved for a client in a matrimonial property dispute in which the overall result of the proceeding had not gone in favour of the lawyer’s client. The court held that the insignificant preservation of assets for the client did not justify granting the extraordinary privilege of a charging order. 48 Further, since the “starting point” in family cases is that each spouse is entitled to 50% of the family assets, property is neither recovered nor preserved where it is determined that the lawyer’s client should have less than 50%.

Charging liens may be used to recover all fees, charges and disbursements for services related to the recovery or preservation of the property for which your bills remain unpaid as well as any costs associated with obtaining the charging order.  The word “charges” in s. 79 of the Act can be properly interpreted to include the costs of the lawyer awarded to him or her in respect of the collection of the lawyer’s unpaid bill.

If you have entered into a contingency agreement with a client, you may still obtain a charging order against property recovered or preserved.  However, the amount and recovery of the funds needed to cover your bill will depend on the outcome of the judgment. Therefore, if you are dismissed from a contingency fee agreement before the end of the proceeding, you must await judgment before collecting your fees, subject to a possible argument that you are entitled to payment sooner if the terms of your retainer agreement so stipulate.

A charging order is “specific”. It only applies to secure the payment of money owed for the work the lawyer has done concerning the property sought to be attached.

A charging order may be granted by the court to protect you from an attempt by your client to avoid paying you by the devices of collusion or conspiracy. If you suspect collusion, you must prove to the court that the client and the other party conspired to deprive you of your fees. Negligence on the part of the opposing party may also be sufficient proof to allow for the enforcement of the lien. For instance, if a defendant negligently pays settlement costs to your client without ensuring that you have been paid, the defendant may be jointly liable for payment of your outstanding bill.

Additionally, a charging order may also have a retrospective effect. In FitzGibbon v. Piters, the court charged settlement proceeds notwithstanding that the funds had already been paid out to the client. Therefore, if a subsequent lawyer were to pay settlement funds to a client without verifying that the previous lawyer has been paid, the new lawyer may be jointly and severally liable to pay the former lawyer’s fees.57

Priority of a charging order

Generally, subject to specific legislation otherwise, as long as the charged property is in the hands of a person over whom the courts have jurisdiction, a charge will be effective against everyone except for a bona fide purchaser for value without notice.58 A statutory charging order obtained against real property may be registered with the Land Title Office if so authorized by a court order.

A charging order granted under section 79 of the Act will generally take priority over all other creditors.60 This may include priority over: •

Trustees of estates in bankruptcy61 •

• Writs of seizure and sale by judgment creditors

• Beneficiaries of the property, if held in trust

There are exceptions to the general rule regarding priority. A charging order does not have priority over:

• Registered charges with the Land Title Office. Since a lien holder can have no greater interest in the property than the client, any previous encumbrances take priority over the charging lien. Nonetheless, you are entitled to register a charging order granted under section 79 of the Act against the property. 70 •

Current arrears of child support and spousal maintenance. A charging order against property that was recovered or preserved in a family law proceeding does not take priority over payments for child or spousal support.

• A lien of the director of employment standards under the Employment Standards Act, 72 section 87(3)

If you and another lawyer were employed in succession in a proceeding and you are both claiming liens or both have charging orders over the property, the lawyer who was acting at the time that the judgment was rendered or settlement was made will have first priority for the recovery of his or her unpaid bills. The former lawyer will then be able to assert a claim on the remaining funds.is raised relating to it.