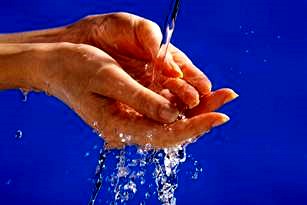 Equity  demands  “clean hands”  or it will not be exercised.

Wachter v Carlson 2012 BCSC 1390 is a good example of the horrendous legal predicament elderly couple can find themselves in by entering into well intentioned, but poorly thought out, and not legally prepared, arrangements commonly known as “care for life” situations.

They typically involve the wealthier elderly couple moving in with a child and his or her family, often within a self contained suite, and often after putting up most if not all of the funds to purchase the house.

There is often a complete failure to protect their legal interests such as by registering the property on their own names.

These great plans can go very much sideways, and  often do as a result of a matrimonial split, or family dispute of some significance.

The Wachter case is one of those situations that occurred and fortunately the court rectified through the application of the application of unjust enrichment, while denying the defendants arguments that the plaintiff’s did not have the “clean hands” maxim demanded of  equity, and returned the home to the parents.

The plaintiffs were the parents of the female defendant and her husband who had entered into an arrangement,  whereby the defendants would arrange mortgage financing for the purchase of a house in the Okanagan, in which the plaintiffs will also live.

The plaintiffs located and bid on the house, confirmed with the defendants that the mortgage financing was in place, put down the down payment, performed an inspection, and paid all closing costs re-its purchase.

The defendants however were named as the purchaser on the contract for the purchase and sale of the property, and title was registered only in their names.

The parties had entered into a rental agreement for 60 months, which was the length of the mortgage.

Under the agreement, the plaintiffs were responsible for rent at the same amount as the mortgage, property taxes all utilities and insurance.

After five years the relationship between the parties broken down and the plaintiffs brought court action claiming ownership of the house.

The court allowed the action and ordered that title to the house be transferred by the defendants to the surviving plaintiff and her deceased’s estate, as tenants in common.

The court based its decision on both the laws of unjust enrichment and resulting trust.

The court found that virtually all of the documents such as the rental agreement, were provided for at the request of the bank so as to be entitled to mortgage financing, and did not accurately reflect the landlord and tenant relationship between the parties.

The court found that title to the house was placed in the defendants names only to enable them to obtain more the mortgage necessary to purchase the house, as the plaintiffs could not obtain mortgage financing giving their poor financial situation.

The plaintiffs had performed all of the tasks, and paid all of the costs related to the home ownership, except securing the mortgage financing.

The court found that it was clear that the agreement between the parties was that the plaintiffs would hold the house as equitable owners, and pursuant to that agreement, the court declared the plaintiffs to in fact be been the beneficial owners of the house.

Furthermore the defendants failed to prove that the plaintiffs had not come to court with clean hands, and were thus precluded from an equitable remedy.

a) Have the Carlsons, as defendants, been enriched?
b) Have the Wachters, as plaintiffs, suffered a deprivation?
c) Is there no reason in law or justice for the Carlsons’ retention of the benefit conferred by the Wachters?

In Kerr, Cromwell J., writing for the court, states:

[40] The third element of an unjust enrichment claim is that the benefit and corresponding detriment must have occurred without a juristic reason. To put it simply, this means that there is no reason in law or justice for the defendant’s retention of the benefit conferred by the plaintiff, making its retention “unjust” in the circumstances of the case: …