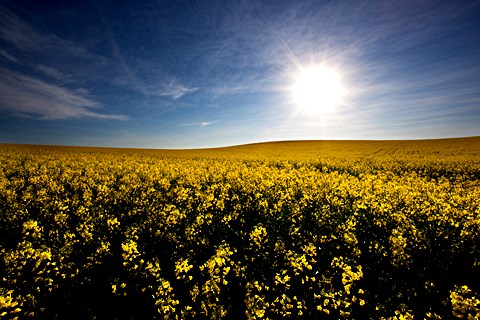 Sabey v von Hopffgarten Estate 2013 BCSC 64  NB- OVERTURNED ON APPEAL)  is an excellent example of a plaintiff receiving his just claim through the equitable principles of proprietary estoppel.

The plaintiff worked on the deceased’s horse farm for many years, being assured that the farm would be his one day when the couple died. Their wills in fact did leave the farm to the defendant, although the testators had executed subsequent odicils leaving the farm to the plaintiff, the codicils were invalid for lack of proper witnesses. The court held for the plaintiff and applied the broad approach endorsed by the court of appeal. The plaintiff also succeeded on proprietary estoppel as he developed a gradual understanding that he was to be given the farm after their deaths, largely based on his credible evidence that they said this to him any times over the years.The plaintiff relied upon those assurances , and organized his time and work on the assumption that it was to be his. It was not incumbent on the plaintiff to show an economic loss, as his reliance and detriment are often one and the same. Equity demanded that the plaintiff be granted the farm.

[41] The plaintiffs primary claim is based on proprietary estoppel.

A. Principles of proprietary estoppel

[42] The Court of Appeal has endorsed the broad approach to proprietary estoppel that had been previously adopted by the courts in England. (This is opposed to the older English approach of looking at a five-part test set out by Fry J. in Willmott v. Barber (1880), 15 Ch. D. 96.) In Sykes v. Rosebery Parklands Development Society, 2011 BCCA 15 at paras. 44-46, the Court of Appeal cited with approval the following statement from Halsbury’s Laws of England, 4th ed. vol. 16 (London: Butterworths, 1992) at para. 1072:

The real test is said to be whether upon the facts of the particular case the situation has become such that it would be dishonest or unconscionable for the plaintiff, or the person having the right sought to be enforced, to continue to seek to enforce it.

… It is not enough for [the plaintiff] simply to assert to the court, as if it were sitting under a palm tree on a legal and evidential desert island, that it would be unfair for [the defendant] to rely on their statutory right to priority.

While detrimental reliance is sometimes identified as a necessary element, it is perhaps better to consider it as part of the question of unconscionability. In the absence of detrimental reliance it would rarely, if ever, be unconscionable to insist on strict legal rights: see Harpum, Bridge and Dixon, Megarry & Wade: The Law of Real Property, 7th ed. (London: Sweet & Maxwell, 2008) at 711.

[45] In Suggitt, the English Court of Appeal recognised that reliance and detriment often overlap:

He [the trial judge] was satisfied that there was both reliance and detriment and he dealt with both of those matters separately. They are clearly connected matters; reliance is what a person does on the faith of some matter and detriment is usually the result: they are very closely connected. Clearly, the same factual matters may show both reliance and detriment. That is why Walker LJ held in Gillett v Holt at 225 that the concepts were “often intertwined”, (at para. 35)

[46] A central issue in this case is the nature or quality of the assurances. This was also a major issue in Thornerv. Major, which dealt, in part, with the issue of whether the assurances have to be unequivocal and certain. In that case, the trial court found that over the course of 30 years, the plaintiff did substantial work on a relative’s farm without pay because the relative encouraged the plaintiff to believe that he would inherit the farm. There was no express promise, but the Law Lords found that was not necessary in order for the plaintiff to succeed. As stated by Lord Rodger at paras. 24 to 26:

Given the actual situation, there was never going to be what Mr Simmonds described as a “signature event”, such as a family wedding or christening, at which Peter would make a dramatic announcement, in front of the assembled family, about the destination of his estate. Indeed, since Peter was in the habit of saying so little, it was scarcely to be expected that he would ever address the matter directly. But the judge found – and the Court of Appeal accepted – that, by his oblique remarks on a number of occasions, Peter had intended to indicate to David that he was to inherit Steart Farm. David interpreted Peter’s remarks in the way that he intended.

The contention for the respondents was that, even though David had correctly interpreted Peter’s remarks as assurances about inheriting the farm, his remarks were not “clear and unequivocal”. There was therefore no way of saying that they were intended to be relied on and they could accordingly not give rise to an estoppel. I would reject that contention.

Even though clear and unequivocal statements played little or no part in communications between the two men, they were well able to understand one another. So, however clear and unequivocal his intention to assure David that he was to have the farm after his death, Peter was always likely to have expressed it in oblique language. Against that background, respectfully adopting Lord Walker’s formulation, I would hold that it is sufficient if what Peter said was “clear enough”. To whom? Perhaps not to an outsider. What matters, however, is that what Peter said should have been clear enough for David, whom he was addressing and who had years of experience in interpreting what he said and did,

[47] Lord Hoffman said, at para. 8, that it would be unrealistic to try to pinpoint an exact date at which an assurance became unequivocal. Lord Walker, with whom all the other Law Lords concurred, said at para. 56:

/ would prefer to say (while conscious that it is a thoroughly question-begging formulation) that to establish a proprietary estoppel the relevant assurance must be clear enough. What amounts to sufficient clarity, in a case of this sort, is hugely dependent on context. I respectfully concur in the way Hoffmann LJ put it in Walton v Walton (in which the mother’s “stock phrase” to her son, who had worked for low wages on her farm since he left school at fifteen, was “You can’t have more money and a farm one day”). Hoffmann LJ stated at para 16:

‘The promise must be unambiguous and must appear to have been intended to be taken seriously. Taken in its context, it must have been a promise which one might reasonably expect to be relied upon by the person to whom it was made.”

Past events provide context and background for the interpretation of subsequent events and subsequent events throw retrospective light upon the meaning of past events. The owl of Minerva spreads its wings only with the falling of the dusk. The finding was that David reasonably relied upon the assurance from 1990, even if it required later events to confirm that it was reasonable for him to have done so.

[49] Second, it looks back in time to assess the equities of the situation. As stated by Lord Neuberger at para. 101:

As Hoffmann LJ memorably said in Walton v Walton (unreported, 14 April 1994), para 21, “equitable estoppel [by contrast with contract]… does not look forward into the future [; it] looks backwards from the moment when the promise falls due to be performed and asks whether, in the circumstances which have actually happened, it would be unconscionable for the promise not to be kept”.