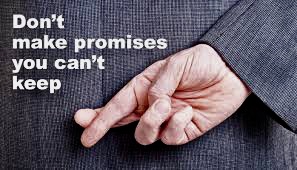 In a significant win for disinherited individuals who were promised to inherit an asset, the Supreme Court of Canada in Cowper-Smith-Smith v. Morgan , 2017 SCC 61 reversed the BC Court of Appeal and allowed a claim for proprietary estoppel.

The trial judge had found that a non-owner of property, who gave assurances that were relied upon by the plaintiff, with respect to her future intentions, based on the assumption that she would inherit from her mother, the owner, was obligated I equity to carry out the effect of that promise.
The deceased mother transferred her house into joint tenancy with her daughter in 2001.
In 2002. The mother made a will, leaving her estate equally to her three children.

The mother’s investment accounts over several years were transferred into joint names with the daughter.

A declaration of trust for the house in bank accounts was signed in 2001 that stated that the daughter would be entitled absolutely to those assets upon the death of the mother.

The defendant sister told her siblings that the house was put into her name only, so that she could assist in their mother’s affairs and that the asset would all eventually go to her mother’s estate.

The defendant daughter promised to transfer a one third share in the house in order to lure him back to Canada in order to assist his sister in caring for his mother.

The Court of Appeal reversed the trial judge decision on the basis that the sister did not own the property when she promised to transfer it to her brother.
The Supreme Court of Canada reversed the appeal court and allowed the claim of the brother to succeed on the basis of proprietary estoppel.

An equity arises when:

Whether a claimant’s reliance was reasonable in the circumstances, is a question of mixed law and fact. A trial judge’s determination of this point, is absent palpable and overriding error, entitled to deference.

When a claimant has established proprietary estoppel, the court has considerable discretion in crafting a remedy that suits the circumstances, an appellate court should not interfere unless the trial judge’s decision evinces an error in principle, or is plainly wrong.

A claimant to establish is the need for proprietary estoppel is entitled only to the minimum relief necessary to satisfy the equity in his or her favor, and cannot obtain more than he or she expected.

Further, there must be a proportionality between the remedy, and the detriment.

Courts of equity must strike a balance between vindicating of the claimant’s subjective expectations and correcting that detriment.

Here, both the brother and a sister had clearly understood for well over a decade that their mother’s estate, including the family home, would be divided equally between her three children upon her death.

It was a sufficiently certain that the sister would inherit a one third interest in the property for her assurance to be taken seriously as one in which the brother could rely.

An equity arose in favor of the brother when he reasonably relied to his detriment on the expectation that he would be able to acquire his mother’s one third interest in the family home.

The sister as executor, could be ordered to transfer a one third interest in the property to each of the estate beneficiaries, so that her promise to her mother may be fulfilled.