The BC Wills Variation Act: The Basics

Any discussion of the BC Wills Variation Act ( now S.60 WESA) requires an understanding of the English common law which provides the background for this Act.

English common law, developed by the English judges over the centuries, provided that when a person died, that person could leave his or her property to whomsoever he or she wished.

This complete freedom to dispose of one’s estate is known as “testamentary autonomy ” or “testamentary freedom”. This legal doctrine was developed by the English courts during a time (1700-1900) when little property was actually disposed of by will.

During that time, few people actually had any property and most wealth was made up of real property which was usually considered to be family property. Because it did not belong to the individual, it was not part of the individual’s estate to be disposed of by will.

When the children of wealthy families married, their families often made marriage settlements which included conditions about the ownership of the property and how it would pass upon the death of various family members. Thus, property governed by a marriage settlement was not part of an individual’s estate.

It was in this context that the English courts decided that a testator (person making a will) was free to decide who should inherit under his or her will.

Thus, the English common law allowed testators to dispose of their estates as they saw fit. Even today at common law testators have no legal duty to leave anything to their spouse or their children. This common law approach, which was inherited by the former British Colonies including Canada, is in stark contrast to most of the non-English speaking world.

Outside of England, the rest of Europe and its former colonies have civil law systems. Under this system a fixed portion of a deceased’s estate (often 50% to 75%) passes automatically to the surviving spouse and children. The testator can only dispose freely of a smaller portion of his or her estate. The credo seems to be “you had them, you give them your property when you die”.

The British Columbia Wills Variation Act allows for equity to be done where a wills variation claim is made by a child or spouse who is disappointed with the provisions of the Deceased’s last will. The disappointed beneficiary may have been completely disinherited, given a minimal sum, or given a life interest rather than the entire property outright.

2. What property is subject to the British Columbia Wills Variation Act?

No matter where the Deceased lived prior to death, if he or she leaves behind any real property (land and buildings) located in B.C. this property will be subject to the terms of the BC Wills Variation Act,

Only where a Deceased was domiciled in B.C. at the time of death will his or her personal property (basically cash, securities and moveable assets) fall under the BC Wills Variation Act, . In basic terms “domiciled” means that the deceased lived in British Columbia and intended to make B.C. his or her permanent home.

Only those assets which actually form part of the Deceased’s estate are subject to the BC Wills Variation Act claims. Thus, for example a pension benefit payable to a third party beneficiary will likely not be part of the deceased’s estate nor will insurance proceeds payable to a particular beneficiary. Such excluded assets cannot be divided up by the court in action brought under the British Columbia Wills Variation Act they may be considered by the court in ultimately determining what is a fair share of the estate for the various parties if a BC Wills Variation Act claim is made.

As to assets held in joint tenancy, it will depend on the individual circumstances of the case whether they pass automatically to the surviving joint tenant or whether they form part of the estate. For example, if the other owner is the Deceased’s spouse, chances are good that they will take the property by right of survivorship so it will not fall into the Deceased’s estate. If the property is held with someone else, it will depend who paid for the property and the reason for which it is held in joint names-it may be held in trust for the estate or it may pass by right of survivorship.

New Zealand was the first common law jurisdiction to seriously question the doctrine of testamentary freedom on the basis that the family had a right to be protected. In 1900 New Zealand passed the Testator’s Family Maintenance Act and in 1920, British Columbia followed suit.

Other Canadian provinces have similar legislation however in other common law provinces children have no claim unless they are infants or were otherwise dependent on the testator.

The major difference is that under the B.C. Wills Variation Act the testator’s children may bring a claim irrespective of their age or state of dependency.

Thus, in other provinces, a parent may disinherit an adult independent daughter on the basis of her gender alone or disinherit a gay son based on his sexual preference alone. There would be no remedy in either case unless the child was still a dependent.

In British Columbia, however, such wills would be open to challenge under the provisions of our Wills Variation Act as being unfair and in breach of our contemporary community standards.

Section 2 of the British Columbia Wills Variation Act permits a claim to be brought only by a spouse or child of the Deceased.

The Act defines spouse to include a same sex or common law spouse provided the couple had been cohabiting in a marriage-like relationship for at least 2 years prior to the Deceased’s death.

The case law interprets children to include adopted children but not step children. In the case of unacknowledged biological children DNA testing can be very helpful in some cases.

5. Interpretation of our Wills Variation Act

Section 2 is the heart of the British Columbia Wills Variation Act. It provides that where, in the court’s opinion, a will does not make adequate provision for the proper maintenance and support of the Deceased’s spouse or children, then the court has discretion to vary the will to make the provision that it believes to be adequate just and equitable in the circumstances.

The claimant does not need to prove financial need in order to be successful in a wills variation claim. Our courts have turned away from a financial needs-based approach since Walker v. McDermott [1931] SCC 94. In that decision the Supreme Court of Canada majority ruled that in deciding the question as to what is adequate provision, the court should proceed from the point of view of the quotes judicious father of a family seeking to discharge both his marital and his parental duty”.

This approach was upheld in the modern day decision of Tataryn v. Tataryn [1994] 2 SCR 807 where McLachlin J (now the Chief Justice of Canada) clarified the moral duty concept and observed that in applying the BC Wills Variation Act “the search is for contemporary justice” (p. 815)

Over the decades, our courts have gradually settled the proper considerations concerning s. 2 of the British Columbia Will Variation Act . The relevant principles were succinctly summarized by Satanove J. in Clucas v. Clucas BCSC A9732988.

Satanove J summarizes the test for adequate and proper maintenance and support under s. 2 of the B.C. Wills Variation Act, describing it as an objective analysis of whether the testator was “acting in accordance with society’s reasonable expectations of what a judicious parent would do in the circumstance by reference to contemporary community standards.”

More recently, in the case of McBride v. Voth 2010 BCSC 443, Ballance J. reviewed six of the considerations in forming the existence and the strength of the testator’s moral duty to his or her adult independent children.

a. Contribution and Expectation

S. 6(b) of the BC Wills Variation Act allows the court to refuse variation to a person whose conduct or character, in the opinion of the court, disentitles him or her to relief. Generally speaking, however, such conduct must be relatively severe in order to justify disinheritance.

d. Gifts and Benefits made by the Testator outside of the will

The court will take into account other lifetime gifts or benefits a testator may have made to claimants. For example, insurance proceeds or pension benefits which call outside of the will may still be taken into account by the court in deciding whether or not the deceased’s moral duty has been fulfilled .

If there are no relevant reasons for an unequal distribution. then there is a reasonable expectation that adult children will share equally even though there is no legal obligation.

Where the deceased provides reasons for the disinheritance, if those reasons are shown to be inaccurate then the court may vary the will under the provisions of the BC Wills Variation Act.

If however the reasons are accurate, nevertheless the court may decide those reasons are not enough to justify disinheriting a beneficiary. In deciding if the reasons are insufficient, the court will use the test of a hypothetical judicious parent using contemporary community standards. For example Peden, Smith et al 2006 BCSC 1713 involved a deceased who left three sons, two heterosexual sons and one gay son. He provided his two heterosexual sons with an outright inheritance however the gay son would receive only the income of the third share of the estate. In varying the will to convert that life estate to be an outright gift to the gay son, the court observed “homosexuality is not a factor in today’s society justifying a judicious parent disinheriting or limiting benefits to his child.”

The British Columbia Wills Variation Act is an important piece of legislation because it allows equity to be done for both spouses and adult independent children who have been wrongfully disinherited.

Whether the disinheritance arises because of family abuse, elder abuse or cultural norms favouring male heirs there are many circumstances in which the BC Wills Variation Act allows for equity to be done for the surviving family.

Further reading on the BC Wills Variation Act

Cutting Ties with the Family and Estrangement 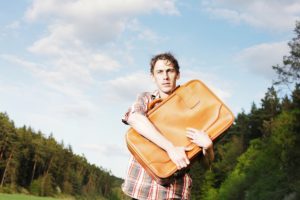 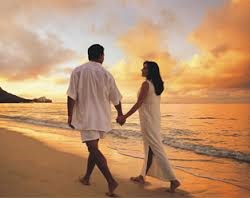 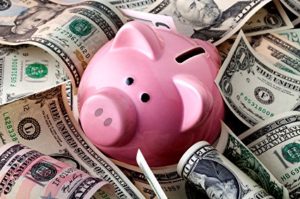 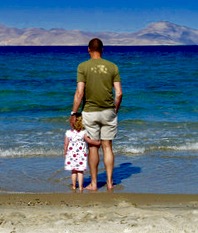