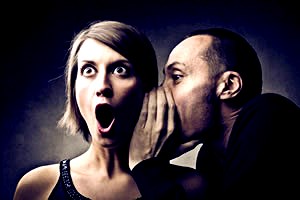 At age 37, actor Jack Nicholson learned that the person he had known as his life as his sister was actually his mother, and his “mother” was actually his grandmother. By the time he learned the truth, both had died without ever telling him the truth.

Closer to home, a Quebec born friend who was 21 years old, suddenly learned she was actually 23 years old. Her baptismal certificate had been forged by the village priest to hide her premarital conception. In our practice we have had DNA cases disclosing the existence of long hidden children and recently a case where the deceased made a deathbed confession to his wife and family about his second wife and 12-year-old daughter. It is a rare family with no skeletons in their closest. There are a myriad of reasons why people decide to hide details of a shameful incident, illicit relationship or other personal issue.

Many families have secrets and their nature varies considerably. They may involve infidelity, mental illness, sexual orientation, illegitimacy, substance abuse, physical or psychological abuse or any other of the myriad of human potential frailties. The non-disclosure sometimes takes on an energy of its own. Those kept in the dark may sense something unusual but not be able to put their finger on it. Some secrets go to the grave, while others are ultimately disclosed. Family members may lose their filters with dementia, or simply decide to unburden themselves at last. Historical secrets are still emerging today–for example, President Jefferson’s impregnation of a black servant. A descendent recently came forward to break that secret, now centuries old.

THE FOUR TYPES OF FAMILY SECRETS

A HISTORY OF HIDDEN SHAME

Deborah Cohen traces family secrets in a book: “Family Secrets: Living With Shame From the Victorians to the Present Day”. Ms. Cohen apparently spent several years researching her book, primarily because secrets proliferated everywhere she looked including the archives, courthouses, memoirs, personal letters, diaries, to court actions. Times have changed and events that were branded with a dreaded stigma a century ago, may hardly raise an eyebrow today. A child born “on the wrong side of the blanket” in Victorian times could shame the entire family. Indeed until relatively recently, pregnant young women were hustled off to homes for unwed mothers. Many parents now in their sixties have been reunited with biological children given up for adoption as infants. A widespread secret was sexual abuse in the home. Victims of this abuse have increasingly come forward, been believed and been validated. With the advent of home reality shows such as Jerry Springer, it is clear the current generation shares their secrets much more freely. With the advance of social media, including Facebook and Twitter, it is increasingly difficult to keep anything secret.

WHY FAMILY SECRETS ARE HARMFUL

According to some schools of thought, secrets may damage the well-being of the entire family because they destroy trust and healthy communication. In our experience, secrets sometimes ignite feelings of betrayal and resentment which encourages estate litigation. Family secrets may create a false sense of reality, especially among young children learning the world through adults. When such children grow up and finally learn they have been misled all their lives, they may well feel betrayed. For example, a fomer client was shattered to learn at 50, that his father was not his father at all. Perhaps worse yet was his realization that his family had lied to him all of his life. Experts believe suppressing traumatic secrets can result in stress, guilt, anxiety leading to physical and mental difficulties. No one is immune—neither the keeper of the secret nor those who live with that person. It seems many of our estate litigation clients come from dysfunctional families where secrets are the norm. What is especially disturbing to clients are cases where they learn after a parent’s death that a sibling has been secretly helping themselves to the parent’s monies before their death. Those who have money to litigate often do and the courts will scrutinize these transactions very carefully. In general terms however, it seems the risk of estate litigation is dramatically reduced if there is open communication rather than secretiveness which breeds a sense of betrayal and resentment.

While it is a rare family that does not have some form of “skeleton in the closet”, secrets create a vicious circle of hidden shame. Evasion is used to protect the myth. The only beneficiaries are often the lawyers hired to represent the litigants seeking redress once the family secrets are exposed.