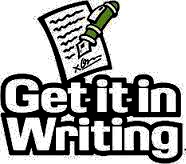 H.S.S. v S.H.D. 20216 BCSC 1300 discussed the legal concept of living separate and apart from a marriage like relationship or marriage as it is sometimes difficult to determine when or if a separation has occurred, depending on the intention at least one of of the parties.

In short, the two cases state that parties will be found to have separated when both of the following conditions are met:

1. A settled intention by one spouse to live separate and apart; and

2. Action taken by that spouse consistent with his or her intention to live separate and apart. The court started by referring to section 8 of the Divorce act, which prescribes when a married couple is deemed to be living separate and apart for the purposes of obtaining a divorce:

A physical separation of the spouses, coupled with one party’s intention to live separate and apart, is sufficient –Nearing v Sauer 2015 BCSC 58
it is often more difficult to determine when a common-law couple has terminated their relationship as there is no statutory guideline and there is often conflicting evidence about intention.

The court’s task is to assess objectively, on the totality of the evidence, whether one spouse held a settled intention to separate and communicated that intention through his or her conduct to the other spouse. An express statement is only one of the factors for consideration in what is necessarily a contextual analysis.

The Ontario Court of Appeal in Sanderson v . Russell (1979) 24 OR (2d) 429 held in the context of a common-law relationship, that a relationship is come to an end “ when either party regards it as being at an end, and by his or her conduct, has demonstrated in a convincing manner that this particular state of mind is a settled one.”

The Supreme Court of Canada confirmed that passage of law in Hodge v . The Canada ( Minister of Human Resources Development) 2004 SCC 65 at paragraph 42

In Weber v Leclerc 2015 BCCA 492 , the court considered the definition of spouse under the Family Law act.

The court reviewed the appellate authorities that have evaluated the characteristics of a marriage like relationship and observed that the jurisprudence has evolved in accordance with the changing societal norms surrounding marriage. The court must apply a holistic approach, having regard to all aspects of the relationship. While the court must consider the evidence expressly describing the pre-parties intentions, the court must test that evidence by considering whether the objective evidence of the parties lifestyle and interactions is consonant with those intentions.

The authorities also state that living arrangements of the parties are not determinative, but this factor is frequently accorded significant weight. Routley v Paget 2006 BC SC 419

The following factors of been accepted as informing the analysis of whether the parties are living as spouses:

The authorities mandate a contextual and holistic inquiry, having regard to all aspects of the relationship. There is no checklist of characteristics that will invariably be found in all marriages. The presence or absence of any particular factor is not determinative of whether the parties carried on the spousal relationship. Weber at para. 21