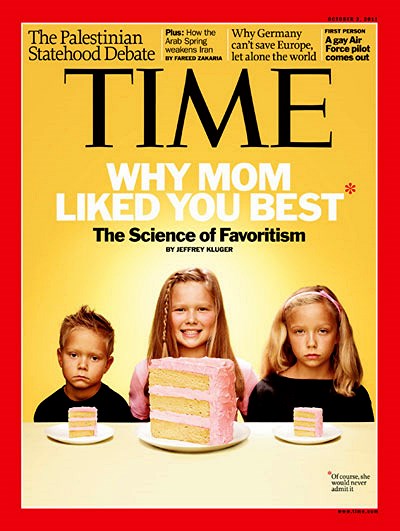 and often comes to the fore with

the death of the parents—

Although some fortunate siblings

may be the best of friends, that

situation is obviously rare in our

One of our favourite sibling stories

happened in the case of “Robert.” He

was the youngest child, born many

years after his four older siblings.

Robert and his mother “had been

very close” and when she died, he

ended up with her entire estate. The

That story serves as an allegory

childhood conflicts can result in

underlying resentments that may last

a lifetime. Such resentments often

emerge during the emotional upheaval

following the death of parents.

Sibling rivalry exists among most

begins at birth. The rivalry may be

extreme—take for example, the black

on while the first hatchling pecks the

back to the Bible. The Book of Genesis

tells of the jealousy between Adam and

story has inspired much Western art and

literature over the centuries.

theme in our culture and is found in

television shows from Leave It to Beaver

to Family Guy, from Friends to The

on the “friendly” tennis competition

of Venus and Serena Williams.

Our clients often include those

who adopted traits that their parents

approved of, those who rebelled, and

those who simply withdrew from the

competition altogether. It seems many

of us grew up with internal labels

athletic one,” or “I’m the black sheep.”

disinherited siblings sued. At the

examinations for discovery, the siblings

were extremely hostile, glaring at

asked Robert’s older sister about her

obvious hatred toward her youngest

brother. He fully expected to hear

how Robert was selfish, greedy,

and dishonest. Instead, the sister

responded, “He was allowed to have

cheese sandwiches before bed and

we weren’t!” The others nodded in

that may last a lifetime.

Unfortunately, it seems some

a preferred child. Others needlessly

criticize a less-favoured child. Such

between and among the siblings.

Psychologists report that from age

family rules and know how to comfort

children have a sophisticated

grasp of the social rules within the

household and know how to adapt

to circumstances within the family.

One school of thought suggests

that fighting among siblings may

actually increase in adolescence, with

Some say that sibling bullying and

studies have indicated that bullying

and aggressive behaviour by a sibling

can be just as damaging as bullying

by a classmate, neighbour, or peer.

Most disturbing in our practice are

the surprising number of female clients

who have apparently suffered sexual

abuse by a teenage brother, usually

a few years older. They include serious

The Role Played by Parents

While it is natural for siblings

to compete, parents can certainly have

a positive or a detrimental effect in

reducing the potential to cause great

damage. Starting early to reduce such

rivalry is key. It is beyond the scope

of this article to provide parenting

advice but there are many useful

Siblings Without Rivalry by Adele Faber

By the time most clients reach

a lawyer’s office, the horse is out of the

barn. It often seems parents have

contributed to rivalry by encouraging

displaying overt favouritism. We

of highly dysfunctional families where

a parent with a personality disorder

has deliberately played one sibling off

against the others for most of their lives.

Sibling rivalry is inherent in human

nature. Most of us grew up competing

For example, if one child has

a disability, it is important that the

memorandum accompanying the Will

explain that fact clearly. Such an

explanation will often be better received

if also delivered to the family in person,

while the parent is still alive.

Even matters such as funeral

arrangements can cause great conflict

between and among siblings after

death when emotions of grief can

resentments by siblings can manifest

to control . . . to flex their muscles and

withhold control from others.

Minimizing the opportunity for

directions by the parent are often

for any funeral or celebration of life,

clear directions as to who specifically

should receive which items of personal

property. In these days of ubiquitous

technology, for further clarification it

is easy to take photographs and attach

have many more practical suggestions

for addressing this age-old problem. s

to estate litigation and has practised

law for 38 years. He is a past President

of the Trial Lawyers Association of BC,

a past chair of the Wills and Trusts

(Vancouver) Subsection, and a past

president of the New Westminster Bar

to CLE, TLAB C, the BC Notaries, and

It has hundreds of blogs and articles

and currently over 5600 visitors per

Saskatchewan. She has practised law

in BC since 1976. A former commercial

lawyer then senior Crown Counsel, she

is a highly experienced litigator who

Wills, and trusts with Stewart Aulinger,

resources, whether that be parental

attention, time in the bathroom, or

include the so-called “blended family”

can lead to “societal sibling rivalries”

between men and women.

Significant life issues such as

care giving for elderly parents or

unequal treatment in inheritances can

arrangements can bring out the worst

in the surviving children.

While siblings display an intense

until the end, leaving some children

much larger or lesser shares of the

bitterness and resentment. On a basic

with parental love and cannot bear

being loved less by a parent than their

Act for it defies the moral claims

The societal expectation that

children will receive equal shares was

Smith, now of the Court of Appeal, in

absence of express reasons for an

in a parent’s estate.”

to divide their estates in equal shares

among their children. If there is

a compelling reason to do otherwise,

it is crucial for parents to address

encouraged to divide their