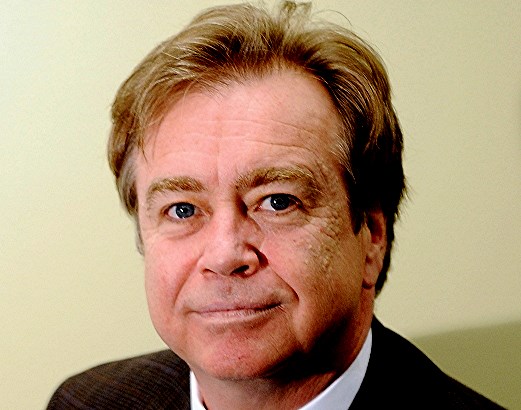 The family of a Vancouver man who has languished in a vegetative state for seven years has lost its bid to keep him alive for pioneering brain research.

She supported a decision by his wife Lora to ask medical staff to remove her 56-year-old husband’s feeding tubes.

The court was told he will starve to death over about two weeks, a process that will be rendered painless via morphine.

In an emotionally charged hearing in December, the family argued Lora should be replaced as the person making decisions about Ng’s long-term care at the George Pearson Centre, since he may qualify for new treatments by celebrated brain researcher Adrian Owen.

“While this scientific development might hold some promising benefits in the future, at present, it is a speculative conclusion at best,” Justice Gropper said in a 26-page decision released Thursday.

She concluded that Lora’s decision was medically appropriate, supported by the doctors in charge of Ng’s care and made after agonizing thoughtfulness.

“It cannot be said that Lora is acting irrationally or without proper consideration,” Justice Gropper said.

“In respect of the criticism of her motives, that Lora is driven by self-interest, I also disagree …. It cannot be argued that Lora and the children will have emotional relief. They will be relieved from observing Kenny struggle, but they must still face the consequences of his death. The (family) simply disagree with Lora’s decision …. Lora is the proper person to make the decision and she has the authority to do so.”

Ng was described as a former math whiz who graduated from Sir Charles Tupper secondary to become an electrical engineer.

He started his own successful business, Phase Technology, involving the design, manufacture and sale of petroleum analyzers.

His medical predicament is reminiscent of a recent Alberta case involving a young girl the courts ordered to be taken off life support in spite of her parents’ wishes.

The judges in that province endorsed the view that life support should be terminated where medical specialists unanimously believe the patient is without awareness or hope of recovery and invasive treatment provided no potential benefit.

Justice Gropper said the fulcrum in this case was whether Lora had acted in Kenny’s best interests and met her duties and obligations under the Patients Property Act, which empowers her to make decisions about his care.

“I find that Lora’s decision to remove Kenny’s feeding and fluid tubes … has already been found to be a medically appropriate decision,” the justice said.

“There is no medical opinion in the evidence that points to a contrary conclusion.”

Lora’s lawyers argued that the legal action was a result of the family’s inability to say goodbye to a much-loved member and their abiding desire for a miracle.

Ng suffered traumatic brain injuries during a Sept. 9, 2005 car crash in Washington state that killed his eldest son, injured his two other children and left his wife badly hurt. Since then, he has been minimally conscious.

The court was told Lora, who had been married to him for 12 years at the time, initially believed he would recover.

Over time, however, she has come to agree with doctors who have said from the beginning that he would not improve. She decided this summer to have the tubes removed.

The family insisted that letting Ng die would be wrong given the startling work in neuro-imaging by Dr. Owen, which proves some patients suffering from locked-in syndrome, or who have lain in vegetative states for years, may be more conscious than we realize.

But Justice Gropper said the idea that that breakthrough holds out hope for Ng was more wishful thinking than realistic.

“The petitioners put great emphasis on Dr. Owen’s research and report,” she wrote. “They maintain his studies are a ray of hope for Kenny. With respect, Dr. Owen’s findings do not contradict the opinions of (Kenny’s doctors) … While this scientific development might hold some promising benefits in the future, at present, it is a speculative conclusion at best.”

Trevor Todd, one of the lawyers for the family, said an appeal with an accompanying application for a stay of the judge’s orders, is under consideration.