Trustee For Child Under Will Has Priority 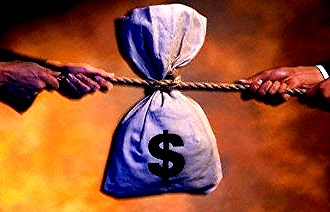 The Public Guardians position that the will appointed trustee is paramount and that Part 8 of the Family Law act was upheld by the court.

The will authorized the appointed trustee to make any payments for the beneficiary under 19 to the guardian of such person.

[12]         That however is not determinative given Part 8 of the FLA does not, in my view, apply in this situation. I say this for a number of reasons.

[14]         In my opinion the FLA provisions were not intended to, nor do they, override trust instruments. For public policy reasons, the Legislature saw fit to provide that the FLA address the situation where there is property to which a child is entitled but the child only has a guardian and there is no existing trustee. In circumstances where the property exceeds the prescribed amount in the small property exception the child’s guardian is not deemed to be the child’s trustee simply because they are a guardian. An application to the Court is required in order to determine who the appropriate trustee should be. Section 179 provides the factors the Court should consider when appointing a child’s trustee. Similar to other provisions in the FLA, the best interests of the child are paramount. An example of a situation when this might occur would be if a child received property from a relative who died intestate.

[15]         Given the significant repercussions if the FLA provisions were intended to override existing trusts, in my opinion the legislature would have addressed that explicitly. Since the FLA provisions when dealing with “small property” were clearly addressing issues of proportionality I cannot accept that it was intended that existing trusts would have to apply to appoint a guardian a trustee in order to deliver property to a child. The potential number of applications would undoubtedly be significant and the cost substantial. In addition it would result in an inappropriate layering of trustee on top of trustee. Finally, it would be contrary to the express terms of the trust representing the wishes, in this case, of the testator.

[17]         Part 8 also recognizes in s. 175 that a trust instrument includes a will and that trustees are authorized under such an instrument to receive or hold property in trust for a child. In other words, such a trustee is included in the definition of trustee just as is a trustee appointed under the FLA.

(ii)        over which a trustee already has authority. (Emphasis added)

(4)        Except as provided for in an order made under this section, The Trustee Act applies to the trustee and the trust.

[21]         To assert that children’s property advanced to a guardian by anyone is caught by these sections extends the FLA provisions beyond their purpose and the problem they were intended to address. The purpose of these sections is to ensure that there is a trustee to protect the interests of the child, whether that is the guardian as trustee or another person does not matter. The point is to have someone responsible for the infant’s funds and to address the fact, that often for various practical reasons, it is desirable for the guardians to have the funds. Where there is no trustee and where the property exceeds a certain value, the guardian can be appointed as trustee.

[23]         The trustees are in this instance attempting to delegate their duties as trustees to a third party. In effect they are seeking an order that amounts to a variation of the Will.

[24]         As a result, where the trust instrument addresses the issue of advancing funds, whether income or capital, to a guardian and addresses the obtaining of a valid receipt there is no need for a court application.