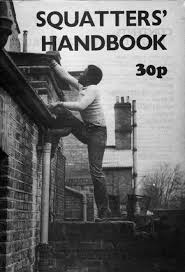 Mowaqtt v BC Attorney general 2016 BCCA 113 dealt with a long established principle of  adverse possession  relating to  squatters long time  use of  property that had escheated to the crown .  A claim of squatters to  legal entitlement to a parcel of property  occasionally occurs in estate disputes  in this blog from the BC Court of Appeal  explains this long-established  legal principle .

The appeal was  from an order dismissing the appellant’s claim, based on the doctrine of adverse possession, for recognition of title to land long possessed by them and others.

The claim derived from occupancy of land on Kootenay Lake by squatters no later than 1909.

The absolute legal title to this land escheated to the Crown by dissolution of the corporate titleholder in 1930.

The trial  judge found that the appellants had not proved continuous possession of the land for the years 1916 to 1920. This gap, he said, broke the continuity required for a successful claim.

The BC Court of Appeal  allowed the appeal :

The claim depended upon limitations provisions that derive from 1833 English limitations legislation, received into British Columbia law November 19, 1858, contemporaneously with proclamation of the Colony of British Columbia. The claim depended on a web of circumstantial evidence that should be tested on the basis of “its harmony with the preponderance of the probabilities which a practical and informed person would readily recognize as reasonable in that place and in those conditions”.

The issues are resolved as follows:

1) The appellants did not lack standing to bring the claim. Whatever claim prior possessors of the land had was passed to the appellants.

2) It was not necessary for the appellants to establish that the squatters’ use of the property was inconsistent with the use of the land intended by the owner of the absolute title. The requirement to prove inconsistent use does not apply in British Columbia.

3) Evidence not considered, or not fully considered in the context of other evidence, demonstrated that the gap in likely possession was shorter than found by the judge. Applying an approach consistent with the Land Title Inquiry Act and the nature of proof available, and considering the shortened gap, the nature of the property and the circumstances known of persons associated with the property, it is more likely than not that the adverse possession of the land by squatters had the degree of continuity between 1916 and 1920 required for the claim. As years subsequent to 1923 were not addressed by the judge, the petition is remitted to the Supreme Court of British Columbia for final determination.

The Doctrine of  Adverse Possession

[5] Adverse possession is an ancient doctrine rooted in the common law’s recognition of a possessory estate in fee simple and attenuated by the application of statutes of limitation. Recognition of an estate based on possession creates conflict between the rights of the possessor (sometimes called the squatter) and the superior right of the true or “paper” owner who has a right to evict the person in possession.

[6] Since 1833 in England, by the Real Property Limitation Act, 1833 (3 & 4 Will 4, c. 27), received in British Columbia on November 19, 1858 through what is now s. 2 of the Law and Equity Act, R.S.B.C. 1996, c. 253, the doctrine of adverse possession has required the true owner to sue to recover possession of land within a limitation period. Once the applicable limitation period has expired, the true owner’s cause of action in trespass and ejectment may be barred or extinguished, in consequence of which the true owner’s title may be extinguished and a person in possession will be entitled to have that title recognized. As L. Smith J. observed in Re: Land Title Inquiry Act and Canadian Pacific Railway Company, 2002 BCSC 1041:

[47] … where a party has had the intention to possess property and has in fact possessed it for the period of time stipulated in the limitation statute, effectively excluding the true owner, the true owner will be barred from bringing an action to recover the land. …

[7] As a true owner’s title is ultimately defeated by failing to pursue his cause of action against a squatter within the limitation period, the doctrine of adverse possession recognizes that the true owner must be in a position to assert his or her rights against someone. Accordingly, various preconditions and limitations to a claim to adverse possession have developed. In Principles of Property Law, 6th ed. (Toronto: Carswell, 2014), Bruce Ziff explains the necessary elements for adverse possession at 142:

… To succeed, the acts of possession must be open and notorious, adverse, exclusive, peaceful (not by force), actual (generally), and continuous. If any one of these elements is missing, at any stage during the statutory period, no rights against the paper owner can be successfully asserted. …

In general, … the adverse use must be such as to put the paper owner on notice that a cause of action has arisen. After all, the doctrine is based on the failure to bring suit within the limitation period, and therefore time should not run unless it is fair to hold a delay against the owner. Hence, the occupation must be open and notorious, and not clandestine. The adverse possessor must send out a clarion call to the owner, who, if listening, should realize that something is awry. Usually this means that the squatter must use the land in the way that an owner might.

[8] The doctrine of adverse possession does not require that the adverse possessor be the same person, provided adverse possession is continuous. Possession by different squatters can be “tacked” on one after the other, provided there is always someone for the true owner to sue. Anger & Honsberger, Law of Real Property, loose-leaf (consolidated December 2015), 3rd ed. by Anne W. La Forest (Toronto: Canada Law Book, 2006) at §28:50 states: