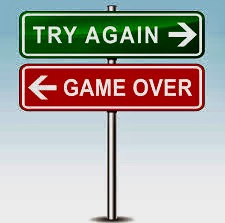 Duplicate litigation is to be avoided and thus the legal concept of res judicata- when a court has decided the legal issue already it constitutes a bar to a subsequent action involving the same claim.

Alexander v Alexander 2017 BCSC 914 is a recent case dealing with this concept and states inter alia:

[52] The doctrine of res judicata is a time-honoured cornerstone of Canadian justice. Where a cause or a fundamental issue has been decided, it is said to be res judicata and, absent special circumstances, is precluded from being adjudged a second time. When res judicata applies, a litigant is stopped by the prior suit, from proceeding in the subsequent action. The maxim has been traditionally regarded as an exclusionary rule of evidence. The paramount policy considerations include the avoidance of duplicative litigation, potential inconsistent results and inconclusive proceedings. Finality to litigation is the prime objective. (See generally: Angle v. Minister of National Revenue, [1975] 2 S.C.R. 248 [Angle]; Grdic v. The Queen, [1985] 1 S.C.R. 810 [Grdic]; Danyluk v. Ainsworth Technologies Inc., 2001 SCC 44, [2001] 2 S.C.R. 460[Danyluk]).

[53] Res judicata takes two distinct forms: issue estoppel and cause of action estoppel, indicating that there can be estoppel with respect to the entire cause or a discrete issue(s). Much of the judicial analyses of the doctrine spring from a scenario where it is a plaintiff who is attempting to relitigate a matter; however, the principles apply, with obvious modifications, to the attempted recycling of a defence.

[54] Generally speaking, the authorities require fastidious adherence to the constituent elements of res judicata in order to permit its application. However, even where the requisite ingredients are present, the court retains a residual discretion to decline to apply it if doing so would cause unfairness in the particular case: Danyluk at para. 33; British Columbia (Minister of Forests) v. Bugbusters Pest Management Inc. (1998), 159 D.L.R. (4th) 50, 50 B.C.L.R. (3d) 1 (C.A.) [Bugbusters, cited to D.L.R.]. As Finch J.A. (now the Chief Justice) emphasized at para. 32 in Bugbusters, the doctrine “inevitably calls upon the exercise of a judicial discretion to achieve fairness according to the circumstances of each case”.

[55] The three-fold requirements which must be established in order to successfully invoke issue estoppel are:

(1) that the same question has been decided and was fundamental, as opposed to collateral or incidental, to the decision;

(2) that the decision in the first proceeding said to create the estoppel was final; and

[56] The “same question” test is a crucial element and a focal point of both types of estoppel under the res judicata umbrella.

17      With respect to the last of the three requirements, issue estoppel can be established through privity of blood, title or interest: Genesee Enterprises v. Abou-Rached, 2001 BCSC 59at para. 234; Giles v. Westminster Savings Credit Union, 2006 BCSC 1600at para. 45.

19      Ballance J. continued at paras. 79 and 80 of Tylon Steepe Homes with a discussion concerning the relationship between the doctrine of res judicata and the doctrine of abuse of process:

[79] In response to perceived difficulties in demanding strict adherence to the constituent elements of res judicata, modern Canadian courts have developed the independent but related concept of abuse of process as a means of barring relitigation where permitting it to proceed would offend vital principles such as judicial economy, consistency, finality of legal disputes, and, perhaps most importantly, the integrity of the judicial decision-making process. Abuse of process is a flexible doctrine that finds its roots in the Court’s inherent residual discretion to prevent an abuse of its process.

[80] The concepts of res judicata and abuse of process are inter-related and share several overlapping features and common policy objectives. They are each extraordinary remedies to be applied sparingly: Chapman. Indeed, the decision in Saskatoon ultimately rested on abuse of process. It is key to appreciate that with respect to abuse of process the proper focus is on the integrity of the administration of justice and not the motive of the parties in terms.