Beware The Words Issue Per Stirpes and Per Capita 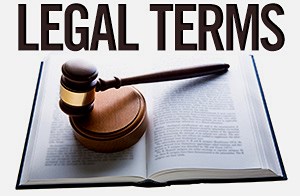 Issue per stirpes and per capita should not be used when drafting wills.

There seems no end to the ongoing litigation that arises in will interpretation cases due to the coontinued use of the legal terms” issue per stirpes” or “issue per capaita” and other such technical words in wills drafting.

The said words have been around for centuries and have very specific meanings in legalese, but the problem conitnues to be that they are often used.

Disinherite.com has written  previous articles  thata are on the website realting to Wills Drafting that explain in more detail where the confusion mostly occurs

The word “issue” used only by itself has been interpreted to mean all of the lineal descendants of the deceased, which can often be a huge number

“issue per stirpes” means that if a child of the deceased predeceases the testator, then in that event, the share “goes down” to the children of the

predeceased child,  the grandchildren,  instead of the surviving children.

The court awarded the share to the children of the deceased child, holding that the words “per stirpes” were deliberately used as the testator realized that one

child might die before his wife which is what happened.
The court held that despite no conclusive authority existed, it did not need to as the most logical meaning was that the use of the phrase conveyed the intention

disinherited.com stresses that words such as children and grandchildren should be used in wills drafting,  rather than precise legal terminology that invaribly is frequently misused.