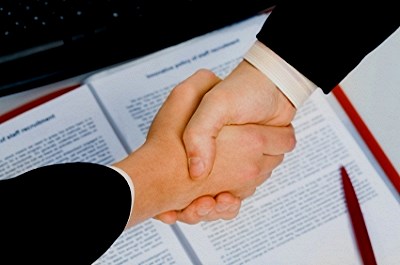 Richard v British Columbia 2014 BCSC 1290 discussed what types of claims do and don’t survive death, and held that for the most part a claim in contract will survive a death.
A claim for pain and anguish on the other hand dies with the victim and doesn’t survive death.
8      At common law, tort claims for personal injury compensation do not survive the claimant’s death and cannot be pursued by the deceased claimant’s estate. The plaintiffs agree that this is a well settled principle of law: Stenhouse v. Strachan (1999), 31 E.T.R. (2d) 130, [1999] B.C.J. No. 2657 (B.C. S.C. [In Chambers]); Moss v. Chin (1994), 99 B.C.L.R. (2d) 332 (B.C. S.C.), 1994 CanLII 1400 at para. 28; Allan Estate v. Co-Operators Life Insurance Co., 1999 BCCA 35 (B.C. C.A.).
9      In contrast, some contract claims survive death. Justice Lambert reviewed the history of the common law on this point in Allan Estate and stated at para. 45:
[45] In summary, the common law is that an action could not be maintained in tort by the personal representative of a deceased plaintiff but could be maintained in contract for a debt or other sum payable under contract if the claim was to remedy a loss to the estate of the deceased person caused by the breach of contract, but not if the claim was to remedy a loss arising from harm suffered by the person of the deceased and not by his or her estate. So, from the same breach, some of the losses might be barred after the death of the plaintiff and some might not. The losses would have to be properly categorized and properly pleaded.
10      In Allan Estate the issue was whether certain claims against a disability insurer could be brought by the estate, including a claim for wrongful repudiation of the defendant’s contractual obligations under the disability policy. The claim was therefore a “contract claim” in the broad sense of the term. However, the Court of Appeal concluded that whether the cause of action was grounded in tort or contract was not determinative. Rather, what mattered was whether the claim related to harm suffered by the deceased’s estate as opposed to harm suffered by the deceased’s person. Justice Lambert wrote at para. 79:
[79] The question that must be asked in relation to each of those three causes of action is whether the wrong, as pleaded, could give rise to a claim for loss or damage that could properly be categorized as diminishment of Ms. Allan’s estate at the date of her death, or whether, on the other hand, the loss or damage claimed must necessarily be categorized as being in the nature of compensation for the personal hurts inflicted on Ms. Allan. If the former, then the claims properly survive Ms. Allan’s death. If the latter, then they do not.
12      I begin by noting that both parties referred in argument to s. 59 of the Estate Administration Act, R.S.B.C. 1996, c. 122 [EAA]. The EAA altered the common law to allow a deceased person’s estate to pursue actions other than “damages in respect to physical disfigurement or pain and suffering caused to the deceased”. This matter was heard on March 28, 2014. Neither party alluded to the pending repeal of the EAA on March 31, 2014 and the enactment of the Wills, Estates and Succession Act, S.B.C. 2009, c. 13 [WESA]. However, I conclude that nothing turns on this change in legislation because the WESA also precludes a deceased’s personal representatives from recovering “damages in respect to non-pecuniary loss”, which includes damages for pain and suffering.