Converting a Petition to an Action 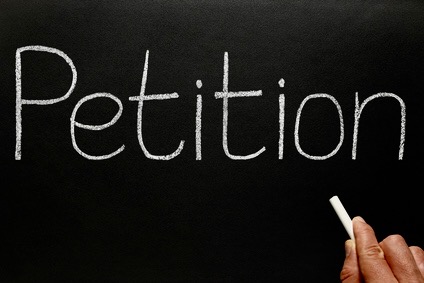 Kent v Kent 2017 BCSC 1392 discussed converting a Petition to an Action when a court action has been commenced by a Petition and becomes mired in the litigation process, usually due to disputed facts, and requires the petition process to be converted to an action so that examinations for discovery, a trial, discovery of documents and such can be provided for as in an action commenced by a Notice of Claim. Petitions are generally sued when the facts and credibility will not be disputed and the case is argued by affidavits.

Power of the Court

37 In British Columbia (Milk Marketing Board) v. Saputo Products Canada G.P., 2017 BCCA 247 and Robertson v. Dhillon, 2015 BCCA 469, the Court of Appeal recently clarified the applicable test for conversion into an action of a proceeding commenced by petition. The multifactorial test heretofore applied by the trial court of this Province has been based on Haagsman v. British Columbia (Minister of Forests) (1998), 64 B.C.L.R. (3d) 180 (S.C.), Terasen Gas v. Surrey (City), 2009 BCSC 627, and Boffo Developments (Jewel 2) Ltd. v. Pinnacle International (Wilson) Plaza Inc., 2009 BCSC 1701. In B.C. (Milk Marketing Board), the Court found that the framework adopted in the Boffo line of cases is similar to the test applied when determining whether a matter is suitable for summary trial under Rule 9-7. However, as held in Robertson and B.C. (Milk Marketing Board), the test for determining whether a matter should be converted into an action is not similar to the one under Rule 9-7. Rather, it is akin to an application for summary judgment under Rule 9-6 (i.e., whether, on all the relevant facts and applicable law, there is a bona fide triable issue): Robertson at paras. 55-56; and B.C. (Milk Marketing Board) at paras. 44, 46.

38 The Court of Appeal has long held that proceedings brought by petition should be referred to the trial list when there are disputes of fact or law, unless the party requesting the trial is bound to lose: B.C. (Milk Marketing Board) at para. 43.

[44] In Robertson, the Court set out the test to determine whether a petition should be converted to a trial:

The cases do not establish an invariable rule as to what steps must be taken to resist a R. 18 application for summary judgment. On all such applications the issue is whether, on the relevant facts and applicable law, there is a bona fide triable issue. The onus of establishing that there is not such an issue rests upon the applicant, and must be carried to the point of making it “manifestly clear”, which I take to mean much the same as beyond a reasonable doubt. If the judge hearing the application is left in doubt as to whether there is a triable issue, the application should be dismissed.

[47] I would note the fact that a matter is converted to an action does not necessarily mean that a full trial will be required. It still remains open to the parties to bring a summary trial application under Rule 9-7.

[48] Given the authorities in this Court, it is not open to this division to adopt the Boffo approach. A five-justice division would be necessary as it would require overruling previous decisions of this Court: Bell v. Cessna Aircraft Co., (1983) 46 B.C.L.R. 145 (C.A.). I should also note that although Haagsman, Terasen and Boffo all suggest a different test, in each of those cases the petition was converted into an action.

41 In B.C. (Milk Marketing Board) at paras. 49-52, the Court found that the trial judge had erred in principle in resolving the matter by applying the Boffo criteria. The trial judge failed to consider both whether the appellant, Saputo, raised a bona fide triable issue, and what the implications of such a determination would be. Moreover, he did not find that Saputo was bound to lose. In the result, the Court allowed the appeal and ordered that the petition be converted into an action. In Robertson at para. 60, the Court similarly found the chambers judge erred by failing to indicate his reasoning with respect to whether he was satisfied of the absence of a bona fide triable issue and whether he gave consideration to any substantive defences.

42 While Ms. Kent challenged the suitability of the Petition under Rules 2-1(d) and 2-1(g)(i) of the Supreme Court Civil Rules, I am satisfied that the Petition was properly brought. The issue is not so much whether the particular property is trust property, but whether the Trust Agreement should be enforced; and if it is, whether Ms. Kent is entitled to some compensation: McDonald v. Lau, 2016 BCSC 1651at para. 56. Consequently, the real question for determination is whether the Petition should be converted into an action pursuant to Rule 22-1(7)(d).