Bequests To a Non Existent Person 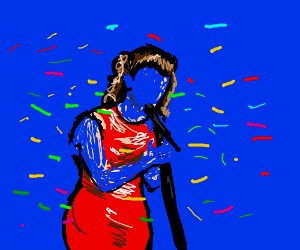 Gertrud Eberwein ( Re Eberwein Estate 2012 BCSC 250) and her very deficient will, made a bequest to a non existent person.

Yesterday’s blog related to what happened to her bequest to a Charity that she had previously donated to, but no longer existed at the time of her death.

The Court reached the conclusion that the cy-pres doctrine could not apply as there was no general charitable intention to give, but instead the intention was to a specific charity that no longer existed, so the bequest lapsed and fell in the estate residue.

The issue today relates to a bequest made to a  Martina Dieter, a person who does not exist.

The issue was whether the name “Martina Dieter” was a misnomer for another person intended by Ms. Eberwein.

The Court has a right to ascertain all the facts which were known to the testator at the time he made his will, and thus to place itself in the testator’s position, in order to ascertain the bearing and application of the language which he uses and in order to ascertain whether there exists any person or thing to which the whole description given in the will can be, reasonably and with sufficient certainty, applied.

Where there is more than one possible person to whom the intended gift might equally apply, the issue is one of “equivocation” in the will. This permits the court to consider not only indirect extrinsic evidence, but also direct declarations of testamentary intention: Re Murray Estate, 2007 BCSC 1035 at paras. 9-11.

The court then went into considerable detail in analyzing the deceased’s life,  relatives, friends, diaries, notes, and other extrinsic evidence that might shed light

on who was the intended beneficiary known as Martina. By piecing various pieces of evidence together the court found that the deceased had a motive to give a bequest to the Martina who is helping out a friend known as Ms. Sweitzer and who the deceased knew was the daughter of one of her first cousins, and

concluded that that person was the intended beneficiary.

Generally speaking the courts do not like to create an intestacy and will often go to great lengths to find what the court believes to be the intended beneficiary where there is a misnomer in the will.