Court May Hear Additional Evidence Before Entry of Order 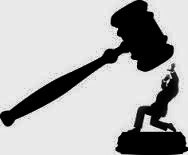 Clayton v British American Securities Ltd ( 1934) 3 WWR 257 ( BCCA) upheld  the discretionary  power of a trial judge to hear additional evidence after judgement was pronounced but before the order was entered .

At the close of a trial judgment was reserved and after the lapse of some months the Judge pronounced judgment in favour of the plaintiff in accordance with written reasons then handed down.

The judgment so pronounced not having been entered, the defendant company moved for and obtained an order permitting it to adduce further evidence. The action was one brought by the beneficiaries of the estate of a deceased against the trustees for a declaration of breaches of trust and for damages thereby suffered. The paramount issue resulted from an allegation of fraudulent concealment and it was with respect to this issue that the leave to adduce further evidence was given. The plaintiffs appealed.

The BC Court of Appeal held  that the matter was one within the discretion of the trial Judge, that the discretion had been properly exercised and therefore that the appeal should be dismissed

It is a salutary rule to leave unfettered discretion to the trial Judge to resume the hearing of an action until entry of judgment and to rely upon his trained experience to prevent abuse, the fundamental consideration being that a miscarriage of justice does not occur. There are reasons for rules governing the admission of evidence by an appellate Court, not applicable to a trial Judge. Entry of judgment may be merely a formality but it is necessary that at some arbitrary point the jurisdiction of the trial Judge should end. A vested right to a judgment is then obtained subject to a right to appeal and should not be lightly jeopardized. Before the gate is closed by entry a trial Judge is in a better position to exercise discretion apart from rules than an appellate Court (In re St. Nazaire Co., 12 Ch. D. 88, 41 L.T. 110 ; In re Australian Direct Steam Naviga tion; Miller’s Case, 3 Ch. D. 661 ; Baden-Powell v. Wilson, supra ; and Stevenson. v. Dandy, supra , referred to). Although the rules in Chancery and principles then adhered to still apply, the point arises as to the proper distribution of these rules and principles after the reorganization of the Courts by Judicature Acts. Where must they now be given effect to — in the trial Court or the Court of Appeal? Rules as to diligence, etc., in respect to new evidence applied on the hearing of bills of review in Chancery are now exercised by our Court of Appeal. My conclusion therefore is that before entry of judgment the trial Judge has power to reopen the trial unfettered by the rules referred to and that the appellate Court cannot review that discretion. If however the proper view is that Brown v. Dean [1910] A.C. 373, 79 L.J.K.B. 690 , is applicable, the situation in question, which is unique, is one in which the undoubted lack of diligence should be excused.

As to the power of the learned trial Judge to make the order complained of, I am of the opinion that the decision in BadenPowell v. Wilson, [1894] W.N. 146 , should be followed although it appears there was in that case no opposition to the order for fresh evidence. In delivering the judgment Kekewich, J. made use of the following words which I think are applicable here:

As the order has not yet been drawn up, I have no doubt I may rehear the case. If there are material facts which were not brought to my attention at the trial, then I ought to hear them.