Court Rectifies Will By Deleting Words 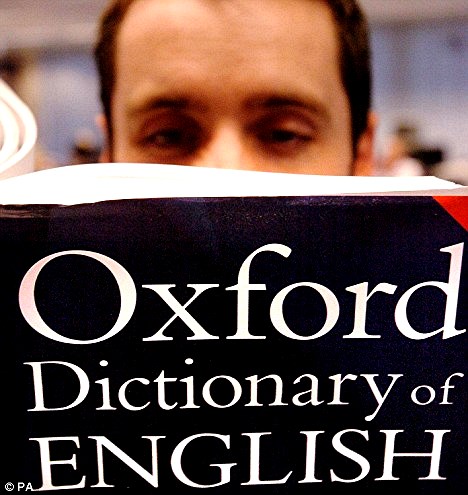 Court Rectifies Will ( see Blog Dated March 24,2014 for the WESA update on the courts expanded powers to interpret wills)

Verity Estate v Fedorek 2012 BCSC 650 involves a successful application brought by the executor of the deceased to rectify the last will of the deceased on the basis that it was prepared in error and did not accurately reflect the testatrix’s instructions given to the drafting lawyer with respect to the disposition of the residue of her estate.

The last will dated 2003 directed the estate residue to be divided into halves, with one half divided equally among 10 surviving nieces and nephews and the other equally among the four children of an niece who had died in 1984.

On the application of the executrix, the court ordered rectification of the will, finding that the testatrix had intended the division of her residue into 11 shares, with one share to be divided among the four children of the niece who had died.

The power of the court to rectify will permits the court to delete words that were mistakenly included in the will, but not to add them.

The evidence clearly demonstrated the relationship between the testatrix and nieces and nephews was very close her previous wills had been drafted in the same manner of equal shares among the nieces and nephews. The deceased had no children and they were her next of kin.

The court found that her late solicitor either mistook your instructions, which was unlikely, or more likely, made an error in drafting the 2003 will.

“5. The parties agree on the essential principles of law which guide a court in the exercise of its power to rectify will. That power permits a court to delete words that were mistakenly included in a will, but not to add them. There is no suggestion by the petitioner that words ought to be added to the 2003 Will, but some authorities which discuss the question of whether words may be added are nevertheless useful on the application before me.

[6]             One of those authorities is Re Ali Estate, 2011 BCSC 537, in which Dardi J. under the heading “Legal Framework”, provided a valuable discussion of the principles of law which are engaged by a wills rectification application. Paragraphs 21 to 27 should be quoted in full:

23.       On the other hand, in exercising jurisdiction as a court of construction, the court is concerned with ascertaining the meaning of the testamentary documents that have been approved by the court in the exercise of its probate jurisdiction. It is axiomatic that court must interpret or construe a will in the form in which it has been admitted to probate.

24.       In probate hearings, the court, in determining whether or not the document before it is truly the testator’s will, is permitted to consider extrinsic evidence, including direct evidence as to the testator’s intentions. That evidence may include copies of earlier wills and codicils, prior drafts of the will, and the notes of the solicitor who prepared the will. In contrast, the scope of admissible evidence is generally more constrained in a construction hearing. In that instance, a court may only consider the words of the will and if, applying the subjective approach, the evidence of the surrounding circumstances known to the testator at the time the will was made. Except in very restricted circumstances (such as equivocation), the court is not permitted to review direct evidence of the testator’s intentions on a construction application: British Columbia Law Institute, “Wills, Estates and Succession: A Modern Legal Framework,” in B.C.L.I. Report No. 45 (B.C., 2006) at 37.

25.       It is in the context of these general principles that I next address the petitioner’s application for rectification.

26.       At the outset, it is important to observe that the equitable remedy of rectification, as developed to permit a court to correct errors in contracts or other written documents, does not apply to wills: British Columbia Law Institute, “Wills, Estates and Succession: A Modern Legal Framework” at 36. I also note parenthetically that in British Columbia there is currently no legislation in force which confers powers on the court to rectify will.

27.       However, the court, in exercising its probate jurisdiction, does have a limited power to rectify a mistake in a will where the language of the will fails to express the testator’s actual intentions. A will is only valid to the extent a testator knew and approved of its contents. As a constituent element of establishing the validity of a will, the court must be satisfied that the testator knew and approved of its contents. It is well established on the authorities that before a will is admitted to probate, the court may, in the exercise of its probate jurisdiction, delete words from a will that have been included without the testator’s requisite knowledge and approval: Alexander Estate v. Adams (1998), 51 B.C.L.R. (3d) 333, 20 E.T.R. (2d) 294 (S.C.) [Alexander Estate]; and Clark v. Nash (1987), 61 D.L.R. (4th) 409, 34 E.T.R. 174 (B.C.C.A.) [Clark].

A Court of Probate can review evidence which is relevant to the question of whether or not words included in the Will have been included without the knowledge and approval of the Testatrix. That evidence may include copies of earlier Wills and Codicils prior drafts of the particular Will, and as well as the notes and recollections of the solicitor preparing the Will. In this case, I have reviewed the two Wills, the two Codicils, and the affidavit of the solicitor who prepared the two Codicils and the 1996 Will in order to ascertain what instructions were provided by the testatrix.

The following passage from Williams, Mortimer and Summcks, supra, sets out the burden of proof:

… if the testator has duly executed his will the presumption is that he knew and approved of all its contents, and that presumption becomes very grave and a strong one and only to be rebutted by the clearest evidence in cases where the will was read over to the to testator. It is however, going too far to say that it must established beyond all doubt that the words which a party seeks to have omitted did not form part of the testator’s will. Furthermore, the reading over must be a proper one. But where the will was not read over to the testator and the mistake is made in circumstances in which the court may omit words or dispositions, the mistake may be established on a balance of probabilities. (at p.167)

…Although the propounder of the will has the legal burden with respect to due execution, knowledge and approval, and testamentary capacity, the propounder, is aided by a rebuttable presumption. Upon proof that the will was duly executed with the requisite formalities, after having been read over to or by a testator who appeared to understand it, it will generally be presumed that the testator knew and approved of the contents and had the necessary testamentary capacity.

[11]         In Re Morris (deceased) [1970] 1 All E.R. 1057 a testatrix executed a will making a pecuniary legacy in sub clause 7[iv]. The testatrix later instructed her solicitor to prepare a codicil altering the provisions of sub clause 7[iv] but instead the solicitor mistakenly prepared a codicil which revoked all of clause 7, thereby depriving the beneficiary of the legacy. The testatrix took the codicil to her bank to execute it, “but there was no discussion about its meaning and effect”. The learned judge nevertheless held “the testatrix read it in the sense of casting her eye over it”.

[12]         The learned judge in Re Morris addressed the history of the relevant law of England and referred to Guardhouse v. Blackburn, (1866) L.R. 1 P. & D. 109 [1861-73] All E.R. 680, which articulated a pronounced mid-Victorian reluctance to rectify will, even if it could be demonstrated that it did not actually conform with the testator’s wishes. Lord Penzance laid down what was characterized in Re Morris as “absolute rules” one of which was that “the fact that the Will had been duly read over to a capable testator on the occasion of its execution, or that its contents have been brought to his notice in any other way, should, when coupled with his execution thereof, be held conclusive evidence that he approved as well as knew the contents thereof”.

[13]         The learned judge in Re Morris observed there must have been good reason for the court in Guardhouse v. Blackburn “to fetter its own power to get at the true facts. But has not the more modern trend in many fields been to strike such fetters off, so that the court can make the best use of all materials available to ascertain the truth?” and went on to quote with approval from an earlier English case in which it was held that the probate court on a rectification application is:

…to consider all the relevant evidence available and then, drawing such inferences as it can from the totality of that material, it has to come to a conclusion whether or not those propounding the Will have discharged the burden of establishing that the testatrix knew and approved the contents of the document which is put forward as a valid testamentary disposition. The fact that the testatrix read the document, and the fact that she executed it, must be given the full weight apposite in the circumstances, but in law those facts are not conclusive, nor do they raise a presumption of law.

[14]         I should note that while the law of England may not raise a presumption of knowledge and approval if a will is read by a testator, but the law of British Columbia, as articulated in Vout v. Hay supra, appears to have retained a rebuttable presumption that a will reflects the intentions of the testator if it was read to or by the testator at the time of execution.

In my judgment, wherever the line is drawn, this case on its facts falls into the category where the court has power to do what it can by omission. The introduction of the words ‘Clause 7’ instead of ‘Clause 7(iv)’ was per incuriam. The solicitor’s mind was never applied to it, and never adverted to the significance and effect. It was a mere clerical error on his part, a slip. He knew what the testatrix’s instructions and intentions were, and what he did was outside the scope of his authority. And he did it, of course, without knowing and approving what he himself was doing. How can one impute to the principal the agent’s knowledge and approval which the agent himself has not got? Accordingly, I hold that the testatrix was not bound by this mistake of the draftsman which was never brought to her notice. The discrepancy between her instructions and what was in the codicil was to all intents and purposes total and was never within her cognisance.