Credibility – Who Does the Judge Believe? 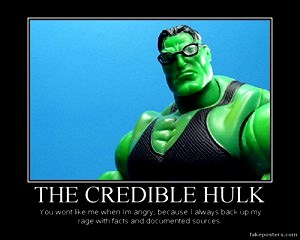 Credibility-Who Does the Judge Believe?

One of my favourite observations about estate litigation, is that invariably, the opposing parties tell such diverging and completely contrary stories from the other, that I often think I am in the wrong court room conducting the wrong trial.

IN that situation, the Judge is then left with the burden of choosing which witnesses to believe, and which to not believe.

This is called determining the credibility of the witness and is not exactly a science, nor something that people always agree with when one witnesses testimony is chosen over anothers.

Credibility is defined as “worthiness of belief, that quality in a witness which renders his or her evidence worthy of belief.

“The credibility of interested witnesses, particularly in cases of conflict of evidence, cannot be gauged solely by the test of whether the personal demeanour

of the witness carried conviction of the truth. The test must reasonably subject his story to an examination of its consistency with the probabilities that

surround the currently existing conditions. In short, the real test of the truth of the story of a witness in such a case must be its harmony with the

preponderance of the probabilities which a practical and informed person would readily recognize as reasonable in that place and in those conditions. ”