Dismissal of Court Claim For “Want of Prosecution” 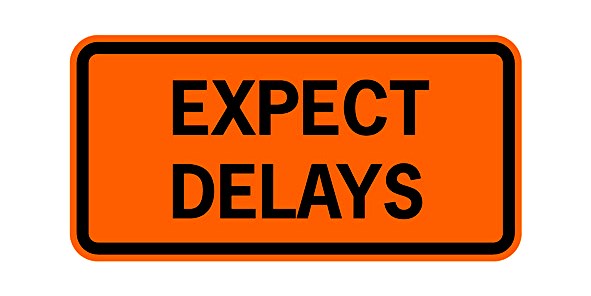 McBeth-Kearns v Marples 2012 BCSC 714  is an estate litigation case that like so many, can often end up sitting on the lawyer’s desk or filing cabinet for  years.

Charles Dickens wrote about the inordinate delay in estate litigation back in his day in his lengthy novel Bleak House involving a 50 year estate lawsuit.

I recall that the first time I made an application on behalf of the defendant to have the plaintiffs claim dismissed for want of prosecution, that file that had been left undisturbed for four years, yet as a result of my application to dismiss, suddenly flourished into a 9 day trial, all of which my client ultimately blamed me

Sometimes there is merit in the adage “let sleeping dogs lie”.

In the McBeth-Kearns case the plaintiff had commenced a court action in 2005 claiming an interest in certain land.

Seven years later she consented to the removal of a certificate of pending litigation that she had filed, in order to permit the sale of the land, with the proceeds to be held in an interest-bearing lawyers account.

The defendant brought on an application in April of 2012 to have the plaintiffs claim dismissed for want of prosecution, given that she had taken no steps in the court action for more than three years.

The court found that the delay had been inordinate and  inexcusable, but did not dismiss the claim on the basis that justice would not require such a dismissal without a trial on the merits.

In support of that decision  Justice Joyce found that there would be no substantial prejudice to the defendants in having a trial, and finding that the plaintiff did have an arguable claim, that at best could succeed for no more than half of the funds.

Accordingly the judge ordered half of the funds held in trust to be released to the defendant, and ordered that the plaintiff set the matter down for trial.

Justice Joyce, as he usually does, gave an extensive review of the law, in this case  relating to an application to dismiss the plaintiffs claim for want of prosecution.

That excerpt of law is as follows:

DISMISSAL FOR WANT OF PROSECUTION The Legal Test

In order for such an application to succeed, the defendant must show:

If the defendant establishes the three factors to which I have referred, the court, in exercising its discretion, must take into consideration the position of the plaintiff himself and strike a balance. If he is personally to blame for the delay, no difficulty arises. There can be no injustice in his bearing the consequences of his own fault.

In the end, the court must decide whether or not on balance justice demands that the action should be dismissed.

It is thus inherent in an adversary system which relies exclusively upon the parties to an action to take whatever procedural steps appear to them to be expedient to advance their own case, that the defendant, instead of spurring the plaintiff to proceed to trial, can with propriety wait until he can successfully apply to the court to dismiss the plaintiffs action for want of prosecution on the ground that so long a time has elapsed since the events alleged to constitute the cause of action that there is a substantial risk that a fair trial of the issues will not be possible.

It is then a Draconian order and will not be lightly made. It should not in any event be exercised without giving the plaintiff an opportunity to remedy his default, unless the court is satisfied either that the default has been intentional and contumelious, or that the inexcusable delay for which the plaintiff or his lawyers have been responsible has been such as to give rise to a substantial risk that a fair trial of the issues in the litigation will not be possible at the earliest date at which, as a result of the delay, the action would come to trial if it were allowed to continue.

[31]    In Busse v. Chertkow, 1999 BCCA 313 [Busse], Goldie J.A. considered the question of who bears the onus with regard to the issue of prejudice if the defendant demonstrates inordinate, inexcusable delay. At para. 18, he said:

18       In my view, it is open to this Court to adopt the principle that once a defendant has established the delay complained of has been inordinate and is inexcusable a rebuttable presumption of prejudice arises. To continue imposing the evidentiary burden of proving prejudice after establishing inordinate and inexcusable delay is contrary to the object expressed in sub-rule (5) of Rule 1 of the Rules of Court.

[32]    In Tundra Helicopters Ltd. v. Allison Gas Turbine, 2002 BCCA 145 [Tundra Helicopters], Esson J.A., at paras. 35-36, made this comment with regard to the “rebuttable presumption of prejudice” referred to in Busse:

The term “presumption of fact” is used in many instances in which it is desired merely to shift the secondary burden to a particular party. When used in this sense, it means that the facts are such that a certain inference should, but need not, be logically drawn.

36         It is in that sense that the word “presumption” is employed in Busse v. Robinson
Morelli Chertkow, supra. In considering whether the presumption of prejudice has any
application in a particular case, the question properly to be asked, as stated by Goldie
J.A. in para. 27 of Busse, is:

… has the plaintiff established on a balance of probabilities that the defendant has not suffered prejudice or that other circumstances would make it unjust to terminate the action?

In considering that question it may be misleading to approach it by asking whether the plaintiff offered evidence on the point. In most cases, it will only be the defendant who is in a position to offer evidence as to the existence of specific prejudice – as two of the defendants attempted to do in this case. The plaintiff often will be able only to point to the overall circumstances, including the absence of any evidence from the defendant of specific prejudice, as establishing on the balance of probabilities that serious prejudice has not been suffered.

27        These cases suggest to me that a chambers judge charged with the hearing of
an application for dismissal of an action for want of prosecution is bound to consider the
following:

28        I consider the fourth question to encompass the other three and to be the most
important and decisive question.