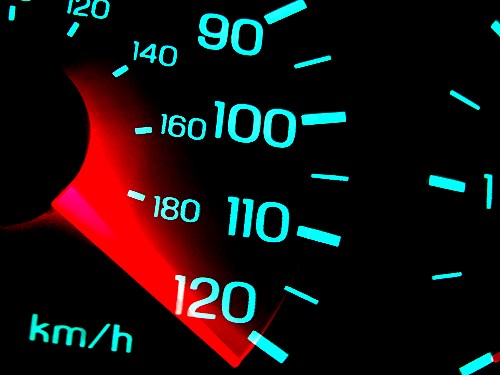 Disclaimer and Acceleration in estate disputes

The deceased testatrix who died in 1987, directed her trustees to pay $400 per month to her husband until his death or remarriage, whichever occurs first.

She then directed the trustees upon the death of her husband, to divide the residue of her estate into as many equal shares as there were children of her alive at the time of her death. The will also provided that should he remarried, the residue was to be dealt with in the same manner as if he had died

The husband subsequently disclaimed any right title or interest in the testatrix’s estate, with the intent that the gift of the residue to the three children would accelerate. He had not remarried.

An application was made to the Supreme Court for determination of the question whether the husband’s disclaimer had in fact accelerated the gift of the children. The Supreme Court agreed that the gift had been accelerated, and the Public Trustee, acting on behalf of infant grandchildren of the testatrix appealed.

The BC Court of Appeal canvassed much of the law relating to acceleration, and in fact relied upon and Australian decision Re Syme (1980) VR 109.

Many cases dealing with acceleration were cited by counsel.

The decisions show some conflict in their results and are not easy to reconcile. However, I think it unnecessary to embark upon a detailed examination of them, for in the Australian case of Re Syme, [1980] V.R. 109 (Aust., Vic. Sup. Ct.), Lush J. reviewed most of the leading cases and analyzed them in a manner upon which I cannot improve. He said, at pp. 114-115:

“The general principles governing acceleration are stated in Lainson v. Lainson (1854), 5 De G.M. & G. 754; 43 E.R. 1063. In that case the testator gave a life interest to his son, and after his decease he have successive entailed interests to the first and other sons of that son. By a codicil the testator mistakenly revoked the life interest given to the son. It was held that the effect of the revocation was to accelerate the interest of the first son of the son.

Turner, J.J., speaking of the expression ‘from and immediately after his decease’, said at (De G.M. & G.) pp. 756-7, (E.R.) p. 1064: ‘These words may have one of two imports, either that the grandson was to take nothing till after the death of his father, or else merely to shew the order of the limitations, through which the estate was to pass. I take the cases cited to establish the proposition, that, prima facie, these words are to understood [sic] as denoting the order of succession of the limitations. Is there anything in the will to lead to a different conclusion? I can see nothing. If John Lainson had died, there can be no doubt that the grandson would have come into posses­sion immediately; and what difference does it make, whether the previous estate is removed by death or by revocation? The words of the codicil seem to me to confirm this view. It is the clear intention of the will to dispose of all the estate for the benefit of the testator’s son, and his issue. The codicil does not at all alter this intention, but only changes the order of succes­sion in which the devisees are to take. No doubt, a will might be drawn in such a way as to shew an intention that the remainder-man should not take till after the death of the first devisee; but there is nothing in this codicil to shew such an in­tention.’

The subject matter of this decision was taken up in Jull v. Jacobs (1876), 3 Ch. D. 703. In that case there was a gift to a daughter, ‘and after her decease the property to be equally divided between her children on their becoming of age’. The life interest given to the daughter failed because she had wit­nessed the will. Malins, V.C. at p. 709 said: ‘Whenever the life estate expires those in remainder take. Therefore, under the old law, when life estates were forfeitable by any of those acts which formerly would have caused a forfeiture; where property was limited to A. for life, and after the decease of A. to A.’s children, if A. had forfeited the life estate his children would have immediately a right, because “from and after the decease” means from and after the determination of the life estate, and however it is terminated, whether by the death of the tenant for life or by forfeiture, it is equally gone.’

His Lordship went on to say that on the terms of the will the children had been postponed simply to allow the mother to have the property for life, and the testator’s intention would have been, that if the mother was not have it [sic], the children should have it immediately.

Since Jull v. Jacobs, the question of acceleration of subsequent interests on the determination of a prior interest by invalidity, forfeiture or disclaimer has been dealt with in many cases. In some of these the question of the closing of a class at the ac­celerated date of distribution has been dealt with as a subject of separate consideration. Cases which I have considered may be grouped as follows. First there are cases in which it was held that an acceleration of the subsequent interests was excluded by a contrary intention. Cases within this group are: Re Townsend (1886), 34 Ch. D. 357; Re Flower’s Settlement Trusts, [1957] 1 W.L.R. 401; [1957] 1 All E.R. 462; Re Young’s Settlement Trust, [1959] 1 W.L.R. 457; [1959] 2 All E.R. 74, and/te Scott, [1975] 1 W.L.R. 1260; [1975] 2 All E.R. 1033. Re Townsend was a case in which it was held that there was no acceleration, because there was no beneficiary qualified at what would have been the accelerated date to take the gift. Chitty, J. in his judg­ment suggests that if there had been such a beneficiary he might have held that acceleration had occurred; though, for myself I do not think that his view on this point clearly emerges from his words. In the other cases the matter was determined on the words of the instrument alone, although there were identified and existing takers for the subsequent gifts.

It is to be noted in both Re Johnson and Re Chartres that there are to be found expressions of doubt or hesitation by the Judges who decided them, and Re Chartres and Re Davies have at­tracted subsequent criticism.

It may also be observed that in Re Johnson Stirling, J. approached the matter on the basis that there were two separate problems, whether the gift was accelerated, and whether the constitution of the class was affected by accelera­tion. The same approach appears in some of the other cases, but most markedly in two cases which constitute a third group in which it was held that the gift was accelerated, but that this was not be allowed to affect the constitution of the class. These are:

In Wyndham v. Darby, Manning, J. at p. 279 (E.) referred with approval to Re Johnson and quoted the passage which indicated the consideration of two questions. However, in my opinion a reading of the two judgments delivered in the case, those of the Chief Justice and Manning, J., leads to the conclusion that each Judge was really dealing with the case as raising a single ques­tion only.”

Lush J. found a common thread of principle to be derived from the decided cases which he expressed, at p. 116:

“Both the results and the reasoning of these authorities present difficulties, but the theme which runs through them is that whether or not a gift is accelerated is a matter of intention; a theme particularly illustrated in the only recent decision by an appellate court. Re Flower’s Settlement Trusts. For myself I would accept the argument that the position now is that on the premature determination of the particular interest the sub­sequent interests are accelerated unless there is an intention to the contrary.

The cases show that acceleration is not excluded by words defining the time of distribution by reference to the natural en­ding of the particular state, for instance, a direction for distribu­tion upon the death of the life tenant (see Lainson v. Lainson and Jull v. Jacobs) or by a direction that distribution is to be made among persons then living (see Re Johnson and Re Crothers’ Trust). As to the latter point, I have not overlooked Re Townsend or Re Taylor, nor the indications in them that a contingent gift cannot be accelerated. To extend that proposi­tion so as to make acceleration impossible if there is contin­gency or survivorship would, I think, be contrary to the weight of authority and to the very concept of acceleration (see Re Harker at (W.L.R.) p. 1127). However, in Wyndham v. Darby at pp. 277-8 and in Re Harker at (W.L.R.) p. 1128, (All E.R.) p. 5 a distinction is drawn between gifts on the death of a life tenant to the children of the life tenant and gifts in similar cir­cumstances to the children of another. The quotation above from Jull v. Jacobs suggests that Malins, V.C. may not have regarded the distinction as significant. It is said that in the former case the testator must have intended all possible mem­bers of the class to take. In the example given, this may be so, but as soon as a contingency of survivorship is introduced the testator can have intended no more than that every member should have a chance to take; some may be omitted if they die too soon, and it is not a far cry from this to omitting some be­cause they are born too late. It is probably safest to ask whether the individual will or other instrument discloses that it was an essential part of the testator’s intention that all possible mem­bers of the class should have this chance.