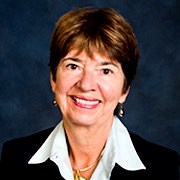 I asked  former Supreme Court Justice Marion Allan, now a mediator, to compose a short blog on why she did not retire after 24 years as a judge, but instead embarked on a third career  as a mediator.

Marion has an extensive and  impressive resume.

It is found following this brief commentary written by  her about  her reasoning for the change, and the significant difference between being a Justice and being a mediator.

Anyone remotely connected with a court room can tell you that there is a dramatic difference between being ordered to do something, as opposed to participating in a nonbinding mediation, where that former Judge cannot make orders, but instead, must gently and reasonably persuade compromise.

Marion’s statement is as follows:

“When I retired from the Bench on April 2 2012 (avoiding retirement on April 1 for obvious reasons) I had every intention of pursuing a life of indolence.

However, I was not ripe for retirement. Lawyers and judges spend their working lives solving problems. I think it is addictive.

The beauty of mediation is problem solving in a setting that has the parties in control (rather than a judge) and avoids the potentially harsh consequences of litigation cost and litigation risk. “

I appreciate how Marion pointed out how lawyers and judges are really people problem solvers and enjoy benefiting the lives of their clients by resolving their legal conflicts.

I have now used Marion as a mediator on several estate litigation files, some of them very difficult and emotional, and have found Marion to be most adept and competent  at her new career.

We have to date settled each and every mediation  where we  used  Marion’s services.

Marion now works as a mediator in private practice at the law firm of Clark Wilson and  her contact information is as follows:

Here is a portion of her long and impressive resume.

My favourite part omitted from her biography is her paper prepared in April 2007 which she presented to other judges, and is found in print under the name “Will you still need me, will you still feed me, when I’m 94?

During her time on the bench, she participated in many educational programs for judges and lawyers for the National Judicial Institute, Canadian Bar Association, Continuing Legal Education and Trial Lawyers Association, on topics such as evidence, family law, civil procedure, fiduciary obligations, personal injuries and elder law. Marion chaired the Supreme Court Rules Revision Committee from 1994-1999. She has devoted considerable attention to elder law issues and has been engaged in research with the Canadian Centre for Elder Law Studies. Marion was awarded the Trial Lawyers Association of BC Judge of the Year Award in 2012, was appointed to the BC Law Institute’s Board of Directors in August 2013 and was also admitted to the Civil Roster of Mediate BC in September 2014.