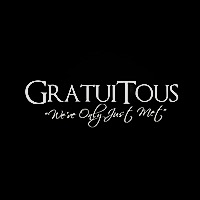 Agency can simply be defined as a person authorized by another to act for him or her with entrusted business, and the agent represents that the agent is acting for another under the contract of the relation of agency.

The  case of Siemens v Howard 2017 BCSC 587 involved the plaintiff alleging a gratuitous realtor agency agreement that had been breached and damages should be awarded. The judge found that there was no agency agreement created.

A lawyer and a realtor are two common examples of the many types of agency relationships that exist in the business world.

3      Mr. Howard says that there was never any agency relationship between him and Mr. Siemens, that he owed no obligations to Mr. Siemens and that, at all times, he was entitled to acquire Old Riverside for himself.

The Court found there was no agency relationship and dismissed the claim.

Agreement between principal and agent may be implied in a case where each has conducted himself towards the other in such a way that it is reasonable for that other to infer from that conduct consent to the agency relationship.

131      That principle was cited and applied, for example, at trial in Soulos v. Korkontzilas (1991), 4 O.R. (3d) 51 (Gen. Div.) (“Soulos Trial“), at pp. 65-66, in support of the trial judge’s finding that Mr. Korkontzilas was the agent of Mr. Soulos. This finding was accepted in the subsequent appeals to the Ontario Court of Appeal and the Supreme Court of Canada. Indeed, in Soulos SCC, McLachlin J. observed, at para. 12, that “Most real estate transactions involve one person acting gratuitously for the purchaser, while seeking commission from the vendor.”

132      Thus, the fact that Mr. Siemens had no obligation to pay a commission to Mr. Howard is irrelevant to the question whether a deemed agency relationship existed.

133      The concept of gratuitous agency in relation to a realtor or real estate agent appears to have received little explicit attention in B.C. It is mentioned in Sandhu v. Shiell, 1996 CanLII 2193 (B.C.C.A.), where Lambert J.A. (writing for the court) said:

16      The [plaintiffs/appellants’] argument based on the existence of a relationship of gratuitous agency is said to be supported by a decision of the Ontario District Court in Calandra v. B. A. Cleaners (1990), 11 R.P.R. (2d) 63 where such a relationship was found. Reliance was also placed both on that case and on this passage from the “Restatement of the Law” 2d ed., vol. 2: Agency (2d) of the American Law Institute, at s.378:

One who, by a gratuitous promise or other conduct which he should realize will cause another reasonably to rely upon the performance of definite acts of service by him as the other’s agent, causes the other to refrain from having such acts done by other available means is subject to a duty to use care to perform such service or, while other means are available, to give notice that he will not perform.

17      That is a statement of a very attractive legal principle. I would not be prepared to say, in the context of this case, that the concept of “gratuitous agency” is entirely foreign to the law of British Columbia, but it is not necessary for me to say anything more about it than that.