The Importance of Credibility 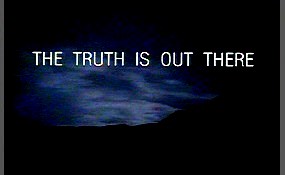 The Importance of Credibility

Credibility is simply that quality in a witness which renders his or her evidence worthy of belief.

When there is conflicting testimony, as there almost always is in estate litigation, the judge must assess each witnesses credibility in order to make findings of fact.

Some of the general guidelines that the courts follow with respect and credibility are as follows:

1 The Supreme Court of Canada in Goodman Estate the Geffen 2 SCR 353 (1991) held that findings of fact made at trial based on credibility of witnesses are not to be reversed on appeal unless the trial judge made some palpable and overriding error which affected his assessment of the facts. Even where a finding of fact is not contingent upon credibility, the appellate court should maintain a non-interventionist approach to a review of trial court findings. In all cases, appellate review should be limited to those instances where a manifest error has been made;

2. In FH v MCDougall 2008 SCC 53 the Supreme Court of Canada further stated that “provided the judge has not ignored the evidence, finding the evidence of one party credible may well be conclusive of the results because that evidence is inconsistent with that of the other party. In such cases, leaving one party will mean explicitly or implicitly that the other party was not believed on the important issue in the case.” ;

3. Faryna v Chorny (1952) 2 DLR 354 is perhaps the most frequently cited case of the subject of credibility assessment. At 357 it was stated that:

“the credibility of interested witnesses, particularly in cases of conflict of evidence, cannot be gauged solely by the test of whether the personal demeanor of the particular witness carried conviction of the truth.

The test must reasonably subject his story to an examination of its consistency with the probabilities that surround the currently existing conditions.

In short, the real test of the truth the story of a witness in such a case must be its harmony with the preponderance of the probabilities which are practical and informed person would readily recognize as reasonable in that place and in those conditions.”

” the witnesses ability and opportunity to observe;

his appearance and manner while testifying;

his power of recollection;

any interest, bias or prejudice you may have;

any inconsistencies in his testimony and, the reasonableness of his testimony when considered in the light of its harmony with the preponderance of the probabilities that the evidence was credible, believable and reliable.

5. In R v RWB (1993) BCSC 192 held that another very important factor in assessing credibility is the parties interests.

Whether a witness has a motive to lie is one factor which may be considered in assessing the credibility of witness, but it is not the only factor to be considered. It is essential that the credibility and reliability of the complainants evidence be tested in the light of all of the other evidence presented.