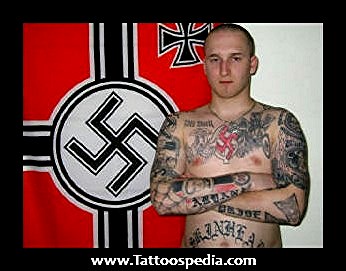 As reported by the Canadian Legal Newswire today, a testator’s  plan to bequeath his entire estate to a U.S. white supremacist group  in McCorkill v. Streed, Executor of the Estate of Harry Robert McCorkill.  was struck down as void against public policy.
It declared an intestacy after finding the National Alliance stands for principles and policies “that are both illegal and contrary to public policy in Canada.”
The case dealt with the will of Harry McCorkill, a St. John, N.B., chemist who, according to Chiasson, was a collaborator of National Alliance founder William Pierce. He died in 2004, but it took about nine years to issue letters probate, says Chiasson, noting the delay may have been due to the need to appraise assets such as McCorkill’s rare gold coins. He left his entire estate, with an appraised value of about $250,000, to the National Alliance.
“There was no other beneficiary,” says Chiasson.
Chiasson represented McCorkill’s sister, Isabelle McCorkill, who, upon learning about the will, moved to oppose the gift to the NA. She hadn’t had any contact with her brother for years.
Essentially, the argument “was that the gift . . . offended the accepted public policy in Canada and as such the gift should be voided or declared illegal,” says Chiasson.
The case included a number of interveners. Intervening on the side of Chiasson’s client was the government of New Brunswick, the Centre for Israel and Jewish Affairs, and the League for Human Rights of B’Nai Brith Canada. Executor Fred Streed opposed the application with the support of the Canadian Association for Free Expression.
Among the submissions were documents setting out the National Alliance’s ideology and program. They call, for example, for “new societies throughout the White world which are based on Aryan values and are compatible with the Aryan nature.” The submissions also included a flyer discussed on the National Alliance web site in 2011. Addressed to white parents, it warned: “Don’t let your daughter date blacks, it might be a matter of life and death.”
While the respondent and the Canadian Association for Free Expression suggested the writings were out of date, Justice William Grant pointed to the “anti-Semitic rantings” of the current chairman of the National Alliance in a 2011 radio broadcast.
“Neither is there any evidence before the court that the [National Alliance] has distanced itself from its ‘dated’ foundational documents,” wrote Grant.
Grant also rejected Streed’s argument the National Alliance’s writings didn’t violate any U.S. laws.
“However, they clearly violate the Criminal Code of Canada and this court takes judicial notice of the fact that in this age of the Internet, national boundaries are meaningless for the purposes of spreading hate propaganda such as that disseminated by the [National Alliance],” he wrote.
“In my view, engaging in activity which is prohibited by Parliament through the enactment of the Criminal Code of Canada falls squarely within the rubric of a public policy violation,” he added before rejecting arguments that voiding the gift would open the floodgates to frivolous estate litigation.
Chiasson notes the submissions of the interveners were particularly helpful to making their case.
“The presence of the government of New Brunswick was huge because it lent credibility to our public policy argument,” he says.
The case, he notes, was a “pure common law” matter following previous rulings in which courts have declared intestacy over provisions such as racial criteria in bursaries and trusts.
“The onus is high, there’s no doubt about it, and it should be high,” he adds in reference to the threshold for intervention.
The ruling means the estate now falls under the Devolution of Estates Act. As such, it goes to McCorkill’s two siblings, says Chiasson.