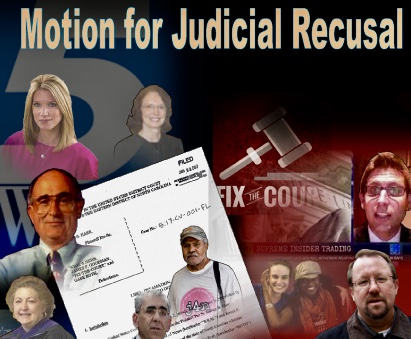 The issue of judicial recusal recently made the British Columbia media when a provincial court judge appeared to have shed tears while hearing a victim impact statement prior to sentencing the accused.The defense counsel made a motion for the judge to recuse herself, which she ultimately refused.

The law relating to judicial recusal was reviewed in Hokhold v Gerbrandt 2017 BCSC 1246 were claimant’s motion to the judge to consider recusal was dismissed on the basis. There is no cogent evidence to support a finding of reasonable apprehension of bias.

The legal principles of judicial recusal were summarized in Regina v Gaudaur 2007 BCSC 434 at paragraphs 3 – 16.


“ The threshold for finding real or perceived biases high. It is a finding that must be carefully considered since it calls into question an element of judicial integrity. Indeed, an allegation of reasonable apprehension of bias calls into question not simply the personal integrity of the judge, but the integrity of the entire administration of justice. Where reasonable grounds to make such an allegation arise, counsel must be free to fearlessly raise such allegation, yet this is a serious step that should not be taken lightly. “

In R v. RDS (1997)3 SCR 484 , the Supreme Court of Canada also stated that a system of justice, if it is to have the respect and confidence of its society, must ensure that trials are fair and that they appear to be fair to the informed and reasonable observer. This is a fundamental goal of the justice system. Any free and democratic society.

Demonstrating actual bias is not necessary, even if it could be established. The appropriate inquiry is whether there is a reasonable apprehension of bias, as it is sometimes described, a “real likelihood or probability of bias”.


The apprehension of bias must be a reasonable one, held by reasonable and right minded persons, applying themselves to the question, obtaining thereon the required information. In the words of the Court of Appeal, that test is what would it informed person, viewing the matter, realistically, and practically, and having thought the matter through, conclude would he or she think that it is more likely than not that the decision-maker, whether consciously or unconsciously, would not decide fairly.

When the judge creates a reasonable apprehension of bias, the judge must recuse him or herself.