Lawyers Duty To Be Civil to The Court, Opposing Counsel, and Parties 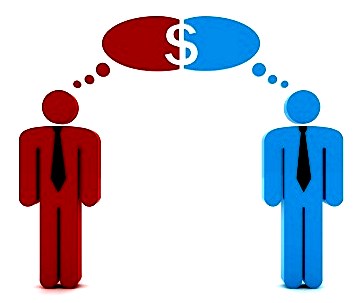 A Lawyers Duty To Be Civil to The Court, Opposing counsel and the  Parties

What other occupation addresses their worthy court room opponent as My Learned Friend or simply My Friend?

Civility is considered an essential quality in how disputes are dealt with in the justice system.

Four reasons are often given:

The harm to the client’s case if counsel is distracted from it by having to defend himself/herself from personal attack.
If the trial isconducted in an atmosphere of hostility, this also distracts the trier of fact from the real issues in the case.
It can lengthen and delay court proceedings.
It undermines public confidence in the administration of justice.

In Regina v Dunbar, 2003 BCCA 667, the Court of Appeal reported counsel for the appellants to the Law Society for misconduct in the conduct of a series of appeals. The Court had this to say about the conduct that led them to take that step:

[330] These reasons for judgment cannot be concluded without some comment on the conduct of counsel for the four appellants; Mr. X. We have concluded that none of the four cases raised any meritorious ground of appeal. If that were all there was to these appeals, the court would have no criticism of counsel’s conduct. The administration of justice depends upon the willingness and ability of counsel to advocate difficult cases, and to raise new arguments, without fear of personal consequences. As has aptly been said, some of the best counsel work has been done in a losing cause. The courts, and public confidence in the administration of justice, depend upon counsels’ integrity, independence and courage. It is counsels’ duty to represent the unpopular client or cause by all lawful means, including the presentation of novel or innovative arguments.

[331] Regrettably, in this case, counsel’s zeal blinded him to his professional responsibilities. Mr. X presented, and relied upon, affidavit material that is unworthy of any lawyer. Our reasons show these affidavits are replete with inadmissible hearsay, opinions, speculations, argument, and the irrelevant. The affidavits are rambling, repetitive and disorganized. They contain serious allegations of unprofessional conduct and substance abuse, against another lawyer or former lawyer, all of which allegations were unfounded.

The Supreme Court of Canada in Dore v Barreau du Quebec 2012 SCC 12, called for lawyers to work with “dignified restraint” :

]”Lawyers potentially face criticisms and pressures on a daily basis. They are expected by the public, on whose behalf they serve, to endure them with civility and dignity. This is not always easy where the lawyer feels he or she has been unfairly provoked, as in this case. But it is precisely when a lawyer’s equilibrium is unduly tested that he or she is particularly called upon to behave with transcendent civility. On the other hand, lawyers should not be expected to behave like verbal eunuchs. They not only have a right to speak their minds freely, they arguably have a duty to do so. But they are constrained by their profession to do so with dignified restraint”