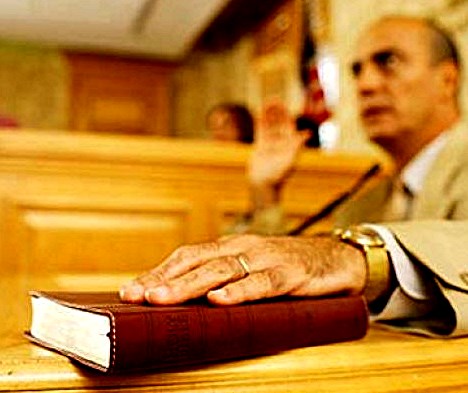 Any trial lawyer will attest that one can have the best court case in the world, but if the trier of fact does not believe your witnesses, then it is a foregone conclusion that the trial will be lost. I am taking a quotation of law from the decision Frame v Rai 2012 BCSC 1876, where there was much conflicting evidence concerning the ownership of a property purchased and utilized by various members of the nuclear family.

The leading case in British Columbias is Faryna v. Chorny, [1951] 2 D.L.R. 354 (B.C.C.A) for its guidance as to credibility assessment. In this case, O’Halloran J.A. provided the following remarks:

[10] …On reflection it becomes almost axiomatic that the appearance of telling the truth is but one of the elements that enter into the credibility of the evidence of a witness. Opportunities for knowledge, powers of observation, judgment and memory, ability to describe clearly what he has seen and heard, as well as other factors, combine to produce what is called credibility, and cf. Raymond v. Bosanquet at p. 566, 59 S.C.R. 452 at p. 460, 17 O.W.N. 295. A witness by his manner may create a very unfavourable impression of his truthfulness upon the trial Judge, and yet the surrounding circumstances in the case may point decisively to the conclusion that he is actually telling the truth. I am not referring to the comparatively infrequent cases in which a witness is caught in a clumsy lie.

[11] The credibility of interested witness, particularly in cases of conflict of evidence, cannot be gauged solely by the test of whether the personal demeanour of the particular witness carried conviction of the truth. The test must reasonably subject his story to an examination of its consistency with the probabilities that surround the currently existing conditions. In short, the real test of the truth of the story of a witness in such a case must be its harmony with the preponderance of the probabilities which a practical and informed person would readily recognize as reasonable in that place and in those conditions. Only thus can a Court satisfactorily appraise the testimony of quick-minded, experienced and confident witnesses, and of those shrewd persons adept in the half-lie and of long and successful experience in combining skilful exaggeration with partial suppression of the truth.

[24] More recently, in Re: Novac Estate, 2008 NSSC 283 the Nova Scotia Supreme Court, at para 36, expanded upon the above principle by summarizing the tools for assessing credibility as including a consideration of the following:

b) The ability to review independent evidence that confirms or contradicts the witness’ testimony.

c) The ability to assess whether the witness’ testimony is plausible or, as stated by the British Columbia Court of Appeal in Faryna v. Chorny, [1951] B.C.J. No. 152, 1951 CarswellBC 133, it is “in harmony with the preponderance of probabilities which a practical [and] informed person would readily recognize as reasonable in that place and in those conditions”, but in doing so I am required not to rely on false or frail assumptions about human behavior.

e) Special consideration must be given to the testimony of witnesses who are parties to proceedings; it is important to consider the motive that witnesses may have to fabricate evidence. R. v. J.H., [2005] O.J. No. 39 (Ont. C.A.), paras. 51-56).