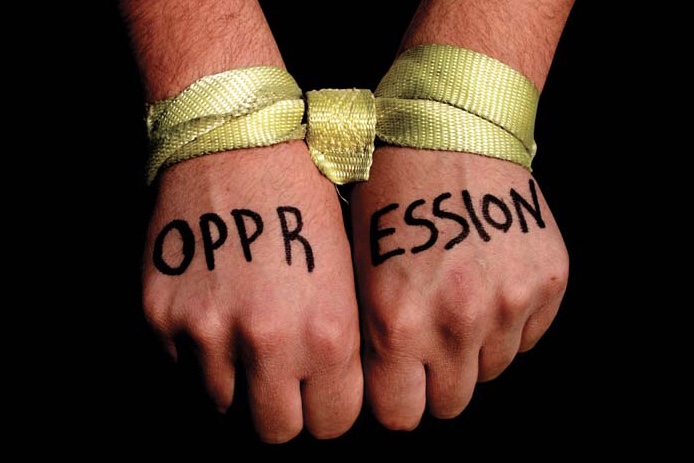 The Claims in Oppression

18 The claims in oppression are based upon s. 227 of the BCA, which is as follows:

227 (1) For the purposes of this section, “shareholder” has the same meaning as in section 1 (1) and includes a beneficial owner of a share of the company and any other person whom the court considers to be an appropriate person to make an application under this section.

(3) On an application under this section, the court may, with a view to remedying or bringing to an end the matters complained of and subject to subsection (4) of this section, make any interim or final order it considers appropriate, including an order

(4) The court may make an order under subsection (3) if it is satisfied that the application was brought by the shareholder in a timely manner.

20 In making their submissions, the applicants made extensive reference to the terms of the LP agreement. Such evidence is not admissible on this type of application.

21 The authorities are clear that oppression claims are fact-specific and contextual. The required analysis cannot be undertaken on this application, in the circumstances of this case. In the result, it is not plain and obvious to me that the petitioner’s claims in oppression are bound to fail.

22 I adopt the discussion of BCE found in the decision of N. Smith J. in Cote, as follows:

65 The leading authority on the oppression remedy is the decision of the Supreme Court of Canada In BCE Inc. v. 1976 Debentureholders, 2008 SCC 69. That case dealt with the equivalent provision in the Canada Business Corporations Act, R.S.C. 1985, c. C-44, s. 241, which protects not only shareholders but also creditors, officers, and directors. The court therefore uses the term “stakeholder,” but the use of that general term cannot be taken as authority for extending the application of the provincial statute beyond what is contemplated by s. 227.

66 However, the court confirmed a number of general principles, including:

• The court has a “broad, equitable jurisdiction to enforce not just what is legal but what is fair.” Courts considering claims for oppression “should look at business realties, not merely narrow legalities”: para 58;

• The existence of a reasonable expectation is to be determined objectively, based on the circumstances. The actual or subjective expectations of the petitioner are not determinative: para 62;

• Factors that may be relevant to determining whether a reasonable expectation exists include: “general commercial practice; the nature of the corporation; the relationship between the parties; past practice; steps the claimant could have taken to protect itself; representations and agreements; and the fair resolution of conflicting interests between corporate stakeholders”: paras 72-81; and

• Oppression is conduct that is “burdensome, harsh and wrongful,” a “visible departure from standards of fair dealing,” and an “abuse of power.” It is a wrong of the most serious sort. “Unfair prejudice” may involve less offensive conduct, such as squeezing out a minority shareholder, preferring some shareholders with management fees, or failing to disclose related party transactions: paras 92-93.

23 As noted above, in BCE, the court endorsed a two-step analysis to oppression claims: (1) one should look first to the principles underlying the oppression remedy, and in particular the concept of reasonable expectations; (2) if a breach of a reasonable expectation is established, one must go on to consider whether the conduct complained of amounts to “oppression”, “unfair prejudice” or “unfair disregard” as set out in s. 241(2) of the CBCA; paras. 56, 68.

24 The court summarized this as follows:

68 In summary, the foregoing discussion suggests conducting two related inquiries in a claim for oppression: (1) Does the evidence support the reasonable expectation asserted by the claimant? and (2) Does the evidence establish that the reasonable expectation was violated by conduct falling within the terms “oppression”, “unfair prejudice” or “unfair disregard” of a relevant interest?

25 The BCA refers only to “oppression” and “unfair prejudice”, not “unfair disregard”. This does not affect the nature of the appropriate analysis.

26 Given the nature of the relief and the remedies, the assessment of oppression claims is inevitably fact specific, and contextual: BCE, paras. 59, 62, 71 and 82.

59 …like many equitable remedies, oppression is fact-specific. What is just and equitable is judged by the reasonable expectations of the stakeholders in the context and in regard to the relationships at play. Conduct that may be oppressive in one situation may not be in another.
. . .

62 As denoted by “reasonable”, the concept of reasonable expectations is objective and contextual. The actual expectation of a particular stakeholder is not conclusive. In the context of whether it would be “just and equitable” to grant a remedy, the question is whether the expectation is reasonable having regard to the facts of the specific case, the relationships at issue, and the entire context, including the fact that there may be conflicting claims and expectations.
. . .

71 It is impossible to catalogue exhaustively situations where a reasonable expectation may arise due to their fact-specific nature. …
. . .

82 …There are no absolute rules. In each case, the question is whether, in all the circumstances, the directors acted in the best interests of the corporation, having regard to all relevant considerations, including, but not confined to, the need to treat affected stakeholders in a fair manner, commensurate with the corporation’s duties as a responsible corporate citizen.

28 Representations and agreements may be relevant considerations: BCE, paras. 72, 78, 79. This includes the question of whether the claimant could have protected itself in the negotiations leading to a relevant agreement. It may be difficult for a claimant to establish a reasonable expectation that it could have negotiated, but did not. The results in both BCE and Cote are examples of this. See BCE at para. 108; Cote, paras. 78-82.

29 The applicants rely heavily on Landvis. However that case does not go as far as they would require in order to succeed on this application. There, Orsborn C.J.T.D. stated:

[141] From the decisions in BCE and J.S.M., I take that in circumstances involving sophisticated participants in a commercial relationship which was entered into on the basis of comprehensive written agreements, it would be the exceptional case where a complainant could establish, for the purpose of pursuing an oppression claim, a reasonable expectation that exists independently from the rights and obligations set out in the agreements. In any commercial relationship with serious participants and serious money at stake, the reasonable observer would expect the negotiated agreements to represent the sum total of the parties’ expectations of each other […]
[Emphasis added].

30 The reference to “the exceptional case” demonstrates that the claims of the petitioner cannot be struck out on the basis of this principle. The principle is not absolute.

53 It is clear the oppression action was intended to permit courts to remedy oppressive or unfairly prejudicial conduct not generally susceptible to correction by other forms of redress. Where the claimant already has a clear remedy — in contract, tort, or debt, for example — the court is unlikely to grant a remedy under s. 227.
[Emphasis added]

32 In Madco Investments Ltd. v. Western Tank & Lining Ltd., 2017 BCSC 219 (B.C. S.C.), the defendants applied to strike out the oppression claims of the plaintiff. They argued that the plaintiff could not pursue an oppression remedy as an alternative to his claims in wrongful dismissal. DeWitt-Van Oosten J. held that the law was not as absolute as the applicants contended, and that whether the plaintiff would be entitled to an oppression remedy would depend upon the evidence at trial. Her comments are apt to the application before me:

37 The defendants argue that [CSA] and Cote support two fundamental propositions; namely, that a claim in oppression cannot be advanced on the same set of circumstances that give rise to another identifiable cause of action, and, in any event, to initiate an action in oppression, a plaintiff must plead specific breaches of a “reasonable expectation” that are held as a shareholder or qua shareholder and for which a breach cannot be remedied in any other form.

38 I do not read [CSA] and Cote this way. I accept from these cases that the remedy for oppression established under s. 227 was created as a means by which to provide shareholders and qua shareholders with an avenue for equitable relief against unfairly prejudicial treatment in circumstances where remedial intervention by the courts might not otherwise be available. However, I do not take from these cases the absolutisms that are posited by the defendants.

39 As I understand these authorities, the factual matrix pled in support of an oppression claim can be one that also supports another cause of action. However, after a trial on the merits, it will be up to the trial judge to decide whether one, both or all of the causes of action that were pled have been established on the evidence.

40 Because of the unique nature of the oppression remedy, and the need for proof of a “reasonable expectation” of a shareholder or qua shareholder that has been breached, it may be that the evidence does not meet the test for oppression and the claim is dismissed. A remedy for oppression is intended to rectify oppressive conduct within the meaning of the enabling legislation, not some other form of wrongdoing.

However, this does not mean that a plaintiff cannot include a claim for oppression as an alternative pleading arising out of a set of facts that is said to engage both oppressive conduct and other alleged wrongs.

33 Similarly, in the case before me, questions as to whether the petitioner’s asserted expectations are reasonable and whether, if so, breach thereof is oppressive or unfairly prejudicial should be decided at trial.

35 The applicants argue that the oppression remedy is unavailable as the claims the petitioner advances are in its capacity as a limited partner, not a shareholder.

36 The applicants rely on Landvis, at para. 158, for this proposition:

37 Unlike the case before me, in Landvis the judge considered the evidence. See para 20: “These applications require an evidentiary assessment.” I must infer that the Rules of Court for Newfoundland and Labrador relating to applications to strike out differ from British Columbia’s Rules.

38 In any event, in Landvis, Orsborn C.J. qualified his comments, as follows:

170 Of course, even in the context of a partnership or relationship, to the extent that oppressive conduct may properly be considered as that of a corporate participant and prejudicial consequences of such conduct can be said to accrue to a ‘complainant’ as defined by the governing legislation, recourse to the statutory oppression jurisdiction may still be appropriate.