Reasonable Cause of Action Must Be Claimed 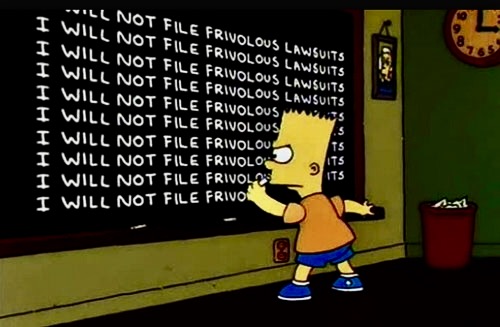 Stewart v Stewart 2017 BCSC 1532 discussed the law relating to the failure to disclose a reasonable cause of action in the notice of claim, which if upheld by the court  can lead to the dismissal of the claim.

52 The legal framework is well known and can be summarized as follows:

(c) the Rule provides a mechanism for an attack on pleadings on the basis that the action cannot succeed as a matter of law: Drummond v. Moore, 2012 BCSC 496at para.16, citing International Taoist Church of Canada v. Ching Chung Taoist Association of Hong Kong Limited, 2011 BCCA 149at paras. 9-10;

(d) it is appropriate for the court to look behind the allegations that are based on assumptions and speculation, or sweeping allegations and subject them to a skeptical analysis: Young v. Borzoni, 2007 BCCA 16at paras. 30-34;

(e) guidelines to the “plain and obvious” rule include whether:

• there is a question fit to be tried regardless of complexity or novelty;
• the outcome of the claim is beyond a reasonable doubt;
• serious questions of law or questions of general importance are raised, or if facts should be known before rights are decided;
• the pleadings might be amended; and
• there is an element of abuse of process: Owners, Strata Plan LMS 1328 v. Surrey (City of), 2001 BCCA 693at para. 5.

(a) if there is some realistic chance that the cause of action could be saved by a future development in the law, the court should allow the action to proceed. The law is not static and unchanging: Moses v. Lower Nicola Indian Band, 2015 BCCA 61at para. 41;

(b) a judge hearing a motion to strike pleadings founded upon a complex question of statutory interpretation is not obliged to come to a conclusion on the interpretation of the provisions in issue. The judge can leave the matter to trial in the exercise of his discretion: British Columbia (Director of Civil Forfeiture) v. Flynn, 2013 BCCA 91at paras. 13 and 15;

(c) any doubt on the plain and obvious test must be resolved in favour of permitting the pleading to stand: Citizens for Foreign Aid Reform Inc. v. Canadian Jewish Congress, [1999] B.C.J. No. 2016 (S.C.) at para. 34; and

(d) “an excellent statement of the test for striking out a claim” is found in Hunt v. Carey Canada Inc., being that “if there is a chance that the plaintiff might succeed, then [he] should not be driven from the judgment seat”: Odhavji Estate v. Woodhouse, 2003 SCC 69at para. 15.

54 In Chingee v. British Columbia, 2017 BCCA 250[Chingee], the Court of Appeal recently considered the approach to an application under Rule 9-5(1)(a) with Justice Harris stating:

[51] Although there is no dispute over the test to be applied in striking pleadings for not disclosing a reasonable cause of action, it is helpful to recall its rationale as explained by the Chief Justice in R. v. Imperial Tobacco Canada Ltd., 2011 SCC 42. In brief, the test is designed to weed out claims that have no reasonable prospect of success to ensure that only those claims that have some chance of success go to trial: paras. 17 and 19.

[20] This promotes two goods — efficiency in the conduct of the litigation and correct results. Striking out claims that have no reasonable prospect of success promotes litigation efficiency, reducing time and cost. The litigants can focus on serious claims, without devoting days and sometimes weeks of evidence and argument to claims that are in any event hopeless.

[52] This important gatekeeping tool is to be used with care, so as not to hinder the development of the law. Hence, the court assumes the facts pleaded are true and asks whether there is a reasonable prospect the claim will succeed. It is, however, incumbent on a plaintiff clearly to plead the facts relied on. A court can evaluate the possibility of success only on the firm basis of the pleaded facts: para. 22. It is, I think, also clear that the exercise of evaluating the prospects of success does not reduce to a mechanical exercise of checking whether the material elements of a recognized cause of action have been set out. The exercise must examine whether the pleaded facts underlying the cause of action establish a reasonable prospect of success.