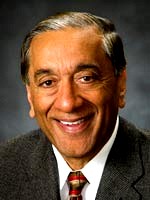 I have done previous blogs relating  the inordinate benefits brought by mediation to resolve ongoing litigation.

Over the last 25 years I have watched the sophistication of the  mediation process increase substantially both in terms of the submission materials provided by counsel, as well as the skill and training of the mediator .

One of the most recent trends I have noted is that there is an increasing tendency of retired judges who wish to continue to participate in the legal arena, but in the rule of mediator, rather than decision-maker.

There are currently two recently retired Supreme Court judges, along with one Supreme Court judge/Court of Appeal judge/former Atty. General, who are now in private practice seeking work as a mediator. They are former Justices Boyd, Marion Allan and Oppal.

With no disrespect intended towards the many skilled senior counsel and longtime successful mediators, there is simply a natural appeal to both the trial lawyer  as well as the public, to have a former experienced judge mediate their dispute.

I wish to single out one particular individual of the after said three judges, namely former Attorney General  Wally Oppal as a mediator who has expressed interest in resolving estate disputes.

The particular reason that I wish to honour former Justice and Mr. Attorney  Oppal is not simply because of his impressive resume, but also in acknowledgement for the fact that he as former Attorney General. of the province singularly opposed the entire cabinet who sought to remove the right of an adult independent individual to contest a disinheritance under the wills variation act, in order to conform with the other nine provinces of Canada.

Wally Oppal is now in private practice available to assist lawyers and clients alike in the magical resolution that takes place in the process of mediation.