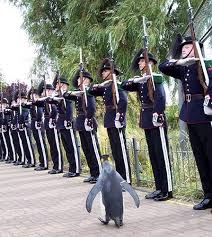 Janzen v Society of Notaries 2015 BCSC 2485 dealt with the legal standard of a court in the review of a penalty pronounced by a professional society or tribunal, in this case the Notaries Public.

A notary had been fined $5000 and a one month suspension for his poor conduct in handling an estate as executor and failing to communicate with his society.

He commenced court action to have the finding of fault and penalty reviewed by the Supreme Court.

He appealed and ruling and his appeal was dismissed – the court felt it should intervene as to penalty only if satisfied that the tribunal failed to take a material matter into account or erred in principle.

The court adopted a reasonableness test and the finding of the tribunal that the notary was not professional fell within a reasonable range of outcomes in the circumstances.

[22] The parties do not agree on the standard of review applicable to decisions of the Board of Directors of the Society. On behalf of the appellant, Mr. Schildt submits that the decision should be reviewed on a correctness standard. He acknowledges that three decisions of this court have held that decisions of the Board in disciplinary matters should be reviewed on a reasonableness standard: Bailey v. Society of Notaries Public, 2004 BCSC 444; Re Farrell, 2003 BCSC 1380; and Evans v. The Society of Notaries Public, 2010 BCSC 1232.

[23] However, Mr. Schildt submits that Bailey and Farrell were decided prior to the decision of the Supreme Court of Canada in Dunsmuir v. New Brunswick, 2008 SCC 9, in which the Court held that there are only two standards of review of decisions of administrative tribunals or statutory bodies; reasonableness and correctness, and that there was no longer a patently unreasonable standard as had been the case when Bailey and Farrell were decided.

[24] As I understand Mr. Schildt’s submission, it is that the earlier decisions must be read in light of the pragmatic and functional approach mandated by the Supreme Court in Dunsmuir, and that the finding in the earlier cases that the applicable standard was reasonableness simpliciter does not preclude a finding that, post‑Dunsmuir, a correctness standard should be applied.

[25] In support of this argument, Mr. Schildt points to the fact that this is a statutory appeal in which the parties are free to submit further evidence, that s. 38 of the Notaries Act permits direct applications to this court to suspend or terminate membership in the Society, and the fact that discipline decisions are not polycentric in nature and, of course, have a significant impact on the person on whom the discipline is imposed.

[26] Notwithstanding Mr. Schildt’s able submissions, I conclude that the appropriate standard of review in this case is reasonableness. While Savage J. in Evans did seem to express some reservations about that standard of review, he did finally conclude that he should follow the earlier decisions of this court that applied a reasonableness standard.

[27] In addition, in Dunsmuir, the Supreme Court made it clear that the imposition of a single reasonableness standard did not pave the way to a more intrusive review by the courts (paragraph 48). Dunsmuir also directs that courts initially ascertain whether the jurisprudence has already satisfactorily established the appropriate level of deference to be given to a tribunal or administrative body decision (paragraph 62).

[29] In addition, in my view, the principles set out in Re Hansard Spruce Mills, [1953] B.C.J. No. 142, mandate that I should follow previous decisions of this court on questions of law. As three previous decisions of this court have applied a reasonableness standard of review, Re Hansard Spruce Mills directs that I should accept that those decisions are correct and apply the same standard.

Was the decision unreasonable?

[30] I turn now to consider the question of whether the decision was unreasonable.

[31] In Dunsmuir, the Supreme Court held that a decision can be reasonable, even if the tribunal commits an error of law. The applicable principles with respect to reasonableness are set out in paragraphs 47 to 48 of Dunsmuir as follows:

[47] Reasonableness is a deferential standard animated by the principle that underlies the development of the two previous standards of reasonableness: certain questions that come before administrative tribunals do not lend themselves to one specific, particular result. Instead, they may give rise to a number of possible, reasonable conclusions. Tribunals have a margin of appreciation within the range of acceptable and rational solutions. A court conducting a review for reasonableness inquires into the qualities that make a decision reasonable, referring both to the process of articulating the reasons and to outcomes. In judicial review, reasonableness is concerned mostly with the existence of justification, transparency and intelligibility within the decision-making process. But it is also concerned with whether the decision falls within a range of possible, acceptable outcomes which are defensible in respect of the facts and law.

[48] The move towards a single reasonableness standard does not pave the way for a more intrusive review by courts and does not represent a return to pre-Southam formalism. In this respect, the concept of deference, so central to judicial review in administrative law, has perhaps been insufficiently explored in the case law. What does deference mean in this context?  Deference is both an attitude of the court and a requirement of the law of judicial review. It does not mean that courts are subservient to the determinations of decision makers, or that courts must show blind reverence to their interpretations, or that they may be content to pay lip service to the concept of reasonableness review while in fact imposing their own view. Rather, deference imports respect for the decision-making process of adjudicative bodies with regard to both the facts and the law. The notion of deference “is rooted in part in a respect for governmental decisions to create administrative bodies with delegated powers” (Canada (Attorney General) v. Mossop, [1993] 1 S.C.R. 554, at p. 596, per L’Heureux-Dubé J., dissenting). We agree with David Dyzenhaus where he states that the concept of “deference as respect” requires of the courts “not submission but a respectful attention to the reasons offered or which could be offered in support of a decision”: “The Politics of Deference: Judicial Review and Democracy”, in M. Taggart, ed., The Province of Administrative Law (1997), 279, at p. 286 (quoted with approval in Baker, at para. 65, per L’Heureux-Dubé J.; Ryan, at para. 49).

[32] In this case, it appears to have been agreed or at least acknowledged that, acting as an executor, per se, is not one of the acts that a notary may perform, that is, is legally entitled to perform, pursuant to s. 18 of the Notaries Act. However, the Board was clearly of the view that there was a sufficient connection between Mr. Janzen’s conduct with respect to the estate and his office of a notary to engage the Society’s Principles for Ethical and Professional Conduct.

[33] Mr. Janzen relies on the decision of our Court of Appeal in Li v. College of Pharmacists of British Columbia, [1994] B.C.J. No. 1830, for the proposition that conduct with respect to matters outside of the scope of professional duties should not form the basis for disciplinary measures against a professional. However, in my view, Li is distinguishable from the facts of this case. In Li, Mr. Li’s alleged misconduct did not demonstrate any lack of professional competence. Mr. Li was found by the chambers judge to simply have been rude. In this case, Mr. Janzen was found by the Board to have demonstrated an inability, or perhaps an unwillingness, to prioritize his affairs to undertake the steps necessary to rectify the matter that gave rise to the public complaints to the Society. The Board concluded that that inability gave rise to a concern with respect to his professional competence.

[34] In addition, I note that Li was a case in which the conduct in question was close to the line and on which the Court of Appeal was divided. At paragraph 19 of the majority reasons, Madam Justice Rowles points out that the respondent’s position, that is Mr. Li’s position, was that there must be a rational connection between the conduct complained of and professional matters. She went on to cite the complaint against Mr. Li, that is:

. . . [he] treated six of his “patients in an extremely rude, condescending and . . . unreasonable manner”.

[35] The majority concluded that such conduct could not give rise to any professional conduct issue.