The Presumption Against An Intestacy 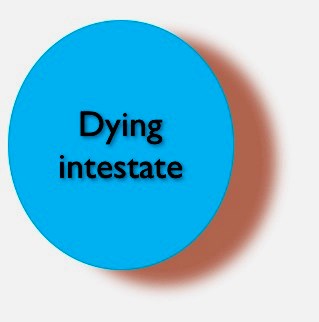 There is a strong presumption against an intestacy in the construction/interpretation  of a  will that a testator did not go to the trouble and expense of preparing a will to only lead to an intestacy- the testator wanted a testacy.

This presumption however will likely become less and less in effect as a result of the WESA changes in effect on April 1, 2014.

[16] Further, in the construction of wills, there is a strong presumption against intestacy. This often-cited principle was articulated by Lord Esher, M.R. in Re Harrison Estate (1885), 30 Ch.D. 290 at 393-4, as follows:

There is one rule of construction, which to my mind is a golden rule, viz., that when a testator has executed a will in solemn form you must assume that he did not intend to make it a solemn farce – that he did not intend to die intestate when he has gone through the form of making a will. You ought, if possible, to read the will so as to lead to a testacy, not an intestacy. This is a golden rule.

The court on reading the will as a whole may conclude that the testator clearly intended to dispose of his entire estate. Once such an intention is clear the court will construe the will so as to give effect to the will in preference to a construction which will result in a partial or total intestacy.