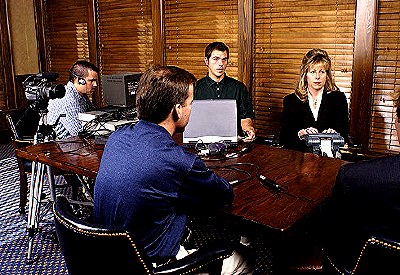 Parties believe they are entitled to examine witnesses under oath before trial, but in fact, it involves a court application which may or may not succeed.


Rule 7-5of the Rules of Court ( previously Rule 28) governs such application.

If a person who is not a party of record to an action may have material evidence relating to a matter in question in the action, the court may order that the person be examined on both on the matters in question in the action, and
either before or after the examination, order that the examinee party pay reasonable lawyers costs of the person relating to the application and the examination.

An order cannot be made under this rule when the witnesses are resident out of province.

Coates v Triance 2010 BCSC 294 held that the fact that a witnesses willing to proceed by written questions and answers is not a complete answer to an application under this rule when the witness has been unresponsive. The fact that a witness says that he has no recollection is no barrier, especially when the witnesses key to material events. The scope of the examination will but not be limited to questions for which there were not responsive answers.

Preus v Miller 1986 BCD Civ 3629-01 BCSC, held that the applicant must satisfy the court that the information sought may relate to matters in issue, and that it is not “ a fishing expedition”, that there are no compelling reasons why the order should not be made, and that it is based on the probative value of the evidence as opposed to any embarrassment or adverse effects it may be caused. This rule is discretionary would all be used to compel a person such as a probation officer disclose information obtained during a pre-trial inquiry.