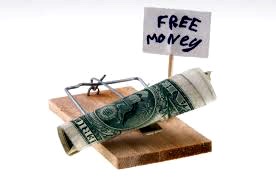 In the course of a complex almost month long matrimonial trial, the argument was raised with respect to the marriage agreement that it was unconscionable in its terms.

The court concluded that it was not unconscionable.

178 The doctrine of unconscionability, which was developed in the courts of equity in England, is intended to provide relief to parties, in the form of rescission, from bargains that are “contrary to good conscience”: Gindis v. Brisbourne, 2000 BCCA 73 at para. 19. In Canada, the remedy has been imposed in a broad spectrum of relationships and circumstances.

179 Although the precise formulation of the judicial test has varied over the years, the appellate authorities in this province establish that the requisite elements that ground a claim in unconscionability are: (i) proof of inequality in the position of the parties arising out of ignorance, need, or distress of the weaker, which leave him or her in the power of the stronger; and (ii) proof of substantial unfairness in the bargain obtained by the stronger party. If these requirements are proven, a presumption of fraud is established. It then becomes the obligation of the stronger party to rebut the presumption by showing that the bargain was fair, just, and reasonable: Morrison v. Coast Finance Ltd., [1965] B.C.J. No. 178 (C.A.); Klassen v. Klassen, 2001 BCCA 445 at paras. 56-57; Do v. Nichols, 2016 BCCA 128 at para. 26.

180 Newbury J.A., at para. 22 of Gindis, expressed the view that the question of who bears the onus of proof was not entirely clear, but ultimately found it unnecessary to decide the matter. The Court of Appeal in Do recently clarified that the onus lies on the party seeking to establish that a bargain was unconscionable: at para. 26.

181 Crucially, the Court’s inquiry under unconscionability is limited to the circumstances existing at the time of the execution of the agreement: Gindis at para. 32. An agreement cannot become unconscionable on account of its consequences over time.

182 The authorities establish that matrimonial negotiations occur in a unique environment and, therefore, unconscionability in the matrimonial context is not equivalent to that in a commercial context: Toscano v. Toscano, 2015 ONSC 487at para. 64. In Miglin v. Miglin, 2003 SCC 24and subsequently in Rick v. Brandsema, 2009 SCC 10, the Supreme Court of Canada reformulated the common law test for unconscionability to reflect the uniqueness of the negotiating environment for matrimonial bargains. Judicial intervention is justified where agreements are found to be “procedurally and substantively flawed”. The Court in Rick stated:

[40] There is no doubt that separation agreements are negotiated between spouses on the fault line of one of the most emotionally charged junctures of their relationship — when it unravels. The majority in Miglin concluded that because of the uniqueness of this negotiating environment, bargains entered into between spouses on marriage breakdown are not, and should not be seen to be, subject to the same rules as those applicable to commercial contracts negotiated between two parties of equal strength:

The test should ultimately recognize the particular ways in which separation agreements generally and spousal support arrangements specifically are vulnerable to a risk of inequitable sharing at the time of negotiation and in the future…
Negotiations in the family law context of separation or divorce are conducted in a unique environment … [at] a time of intense personal and emotional turmoil, in which one or both of the parties may be particularly vulnerable. [Paras. 73-74]

183 The Court went on to summarize the animating principles:

[44] Where, therefore, “there were any circumstances of oppression, pressure, or other vulnerabilities”, and if one party’s exploitation of such vulnerabilities during the negotiation process resulted in a separation agreement that deviated substantially from the legislation, the Court in Miglin concluded that the agreement need not be enforced (paras. 81-83).

184 Notably, the Court in Rick emphasized the importance of respecting “the parties’ right to decide for themselves what constitutes for them, in the circumstances of their marriage, mutually acceptable equitable sharing”: Rick at para. 45, Miglin at para. 73. The Court endorsed the notion that parties should generally be free to decide for themselves what bargains they are prepared to make. The Court underscored that this contractual autonomy “depends on the integrity of the bargaining process”: Rick at para. 46.

186 The distinction in the nature and effect of pre-nuptial and separation agreements was addressed by the Supreme Court of Canada in Hartshorne v. Hartshorne, 2004 SCC 22. The majority recognized the distinction but rejected the notion of establishing a “hard and fast” rule that applies a different standard of review to pre-nuptial and separation agreements. The Court stated as follows:

193 There must be cogent evidence to warrant a finding that an agreement should not stand on the basis of a fundamental flaw in the negotiation process: Miglin at para. 82. The evidence in support of Ms. D.’s contention that the Marriage Agreement was unconscionable falls significantly “short of the mark”: Dilley at para. 42. I have concluded that the evidence does not support the assertion that Mr. S. exerted overbearance or any inequality of bargaining power over Ms. D. or took any knowing advantage of any vulnerability of Ms. D.’s in the negotiation or execution of the Marriage Agreement.