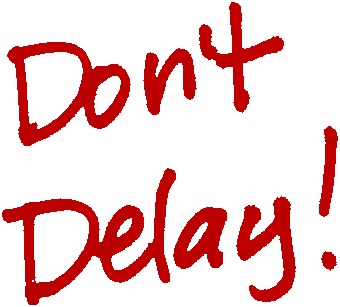 Hrenyk v Preiss estate 2017 SKQB 151 contains a through discussion of the equitable defence of laches- the plaintiff’s undue delay in proceeding with a court action to resolution.

… Laches is established when two conditions are fulfilled:

(1) there must be unreasonable delay in the commencement or prosecution of proceedings, and

(2) in all the circumstances the consequences of delay must render the grant of relief unreasonable or unjust.

… the doctrine of laches in Courts of Equity is not an arbitrary or a technical doctrine. Where it would be practically unjust to give a remedy, either because the party has, by his conduct, done that which might fairly be regarded as equivalent of a waiver of it, or where by his conduct and neglect he has, though perhaps not waiving that remedy, yet put the other party in a situation in which it would not be reasonable to place him if the remedy were afterwards to be asserted, in either of these cases, lapse of time and delay are most material. But in every case, if an argument against relief, which otherwise would be just, is founded upon mere delay, that delay of course not amounting to a bar by any statute of limitations, the validity of that defence must be tried upon principles substantially equitable. Two circumstances, always important in such cases, are, the length of the delay and the nature of the acts done during the interval, which might affect either party and cause a balance of justice or injustice in taking the one course or the other, so far as relates to the remedy.

98 The rule developed in Lindsay is certainly amorphous, perhaps admirably so. However, some structure can be derived from the cases. A good discussion of the rule and of laches in general is found in Meagher, Gummow and Lehane, supra, at pp. 755-65, where the authors distill the doctrine in this manner, at p. 755:

It is a defence which requires that a defendant can successfully resist an equitable (although not a legal) claim made against him if he can demonstrate that the plaintiff, by delaying the institution or prosecution of his case, has either (a) acquiesced in the defendant’s conduct or (b) caused the defendant to alter his position in reasonable reliance on the plaintiff’s acceptance of the status quo, or otherwise permitted a situation to arise which it would be unjust to disturb …

Thus there are two distinct branches to the laches doctrine, and either will suffice as a defence to a claim in equity. What is immediately obvious from all of the authorities is that mere delay is insufficient to trigger laches under either of its two branches. Rather, the doctrine considers whether the delay of the plaintiff constitutes acquiescence or results in circumstances that make the prosecution of the action unreasonable. Ultimately, laches must be resolved as a matter of justice as between the parties, as is the case with any equitable doctrine.

75 … the doctrine of laches is an equitable defence which must be made out on the evidence by the party who asserts it. If the evidence adduced by the party relying on the doctrine makes out the availability of the defence, the onus shifts and the other party is logically and properly put to the burden of adducing evidence to dispel its application; however, the law does not require a party to make out the party opposite’s defence.

51 Laches is an equitable doctrine. In Waters’ Law of Trusts, supra, the principled justification for the doctrine is described as follows: (at p. 1242-43)

No legal system could allow a person who has a legal claim to do nothing over a long period of time to then assert it, and bring his action because it pleases him at that moment to do so. A would-be defendant is reasonably entitled to ask that action shall be brought when the evidence, particularly in his own favor, is still available and at least relatively fresh. Nor is it unreasonable for him to assume, if the would-be plaintiff does nothing for a considerable period of time, that the latter has condoned the wrongdoer’s act or omission, and intends that the wrongdoer may arrange his affairs accordingly. Courts of equity traditionally adopted these views, and applied them in the doctrine of laches. The claimant who delayed bringing his claim for an unreasonable period of time was taken to have acquiesced in the circumstances brought about by the wrongdoing. (footnotes omitted)

[The doctrine of laches] is also closely related to the doctrine of acquiescence which in recent years has increasingly become associated with delay in bringing action. Indeed, it is more likely that what the courts are really concerned with is implied acquiescence rather than delay itself. This is particularly true today when limitation statutes expressly apply to so many actions brought in equity…[Acquiescence] is something more than a mere abstaining from legal proceedings; it is an adoption established by some positive evidence of the transaction or dealing which the claimant now disputes. … (footnotes omitted)

55 This statement is consistent with Laforest J.’s explanation of acquiescence, and its relationship to laches, which is as follows:

100 Acquiesence [sic] is a fluid term, susceptible to various meanings depending upon the context in which it is used. Meagher, Gummow and Lehane, supra, at pp. 765-66, identify three different senses, the first being a synonym for estoppel, wherein the plaintiff stands by and watches the deprivation of her rights and yet does nothing. This has been referred to as the primary meaning of acquiescence. Its secondary sense is as an element of laches — after the deprivation of her rights and in the full knowledge of their existence, the plaintiff delays. This leads to an inference that her rights have been waived. This, of course, is the meaning of acquiescence relevant to this appeal. The final usage is a confusing one, as it is sometimes associated with the second branch of the laches rule in the context of an alteration of the defendant’s position in reliance on the plaintiff’s inaction.

101 As the primary and secondary definitions of acquiescence suggest, an important aspect of the concept is the plaintiff’s knowledge of her rights. It is not enough that the plaintiff knows of the facts that support a claim in equity; she must also know that the facts give rise to that claim: Re Howlett, [1949] Ch. 767. However, this Court has held that knowledge of one’s claim is to be measured by an objective standard; see Taylor v. Wallbridge (1879), 2 S.C.R. 616, at p. 670. In other words, the question is whether it is reasonable for a plaintiff to be ignorant of her legal rights given her knowledge of the underlying facts relevant to a possible legal claim.