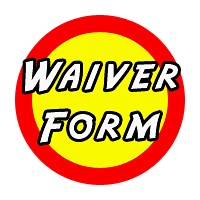 Generally speaking, any communications between a client and his or her lawyer are confidential and privileged. There are exceptions but this is the general rule, and through various means, the privilege can be “waived” , so that the other side can investigate the various documents or communications that were in issue.

“Waiver of privilege is ordinarily established where it is shown that the possessor of the privilege:

(1) knows of the existence of the privilege; and

(2) voluntarily evinces an intention to waive that privilege.

However, waiver may also occur in the absence of an intention to waive, where fairness and consistency so require. Thus waiver of privilege as to part of a communication will be held to be waiver as to the entire communication. Similarly, where a litigant relies on legal advice as an element of his claim or defence, the privilege which would otherwise attach to that advice is lost [citation omitted].”

[101] Privilege can be waived by implication. Waiver by implication is addressed in Sopinka, Lederman & Bryant, The Law of Evidence in Canada, (2d) (Toronto: Butterworths, 1999) at 758:

As to what constitutes waiver by implication, Wigmore said:

Judicial decision gives no clear answer to this question. In deciding it, regard must be had to the double elements that are predicated in every waiver, i.e., not only the element of implied intention, but also the element of fairness and consistency. A privileged person would seldom be found to waive, if his intention not to abandon could alone control the situation. There is also the objective consideration that when his conduct touches a certain point of disclosure, fairness requires that his privilege shall cease whether he intended that result or not. He cannot be allowed, after disclosing as much as he pleases, to withhold the remainder. He may elect to withhold or to disclose, but after a certain point his election must remain final.

Now, it is clear by this assertion Mr. Nonis deflects responsibility for the substance of the earlier affidavits, insofar as they contain the assertion that monies were advanced by the plaintiff to 561, from himself to the solicitor in question.

By necessary implication he is saying: “I gave the solicitor the correct instructions. He was responsible for a mistake which misrepresented the true state of affairs.” It does not require extended discussion to conclude that when a party identifies his solicitor as responsible for a material mistake in an affidavit sworn by that party and claims solicitor-client privilege in respect of his knowledge and that of the solicitor, he is using the confidentiality protected by privilege as a sword rather than as a shield.

In my view, this misconceives the principle which the courts have followed for centuries in protecting the confidentiality of discussions between solicitor and client, a protection considered essential to the proper administration of justice. [citations omitted]

As noted in Souter, solicitor-client privilege is a shield, not a sword.